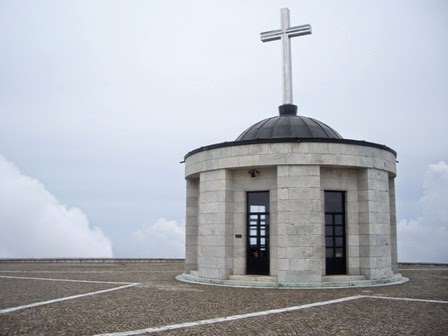 There's just only five days to go before the start of the first Grand Tour of 2014, the Giro d'Italia. The SBS telecast offers great vieving for not only cycling enthusiests but lovers of travel, especially if you're planning a holiday in Italy. As is often the case in each of the Grand Tours, the race climax occurs over the final week. In the Giro, that means Northern Italy, starting with the 139 kilometre Stage 16 between Ponte di Legno and Val Martello.

I'm particularly looking forward to the Stage 19 Time Trial up Monte Grappa. The mountain has a plethora of routes leading to its historic summit and is probably the most popular climbs in Italy. I've been fortunate enough to have climbed it on two occasions, once from Romano d'Ezzelino (the route chosen for this year's Giro) and the even more difficult assault from Possagno.

‘Another Italian mountain I was craving to clmb was Monte Grappa. Standing 1,776 metres above sea level it is a mere eighty kilometre drive from the coast. At the foot of the mountain is the proud and beautiful medieval town of Bassano del Grappa, which like Mira, resides along the River Brenta. One of the most popular Italian climbs, Monte Grappa can be approached from a variety of routes. When tackled from Romano d‘Ezzelino, it travels twenty-six kilometres of diverse and beautiful scenery, at an average gradient of 5.9%. The Giro d’Italia, Italy’s equivalent of the Tour de France, has visited the mountain four times, the last being in 2010. 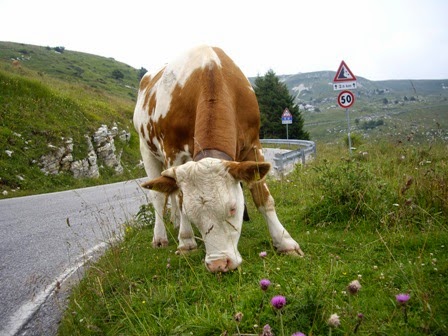 The story goes that it’s an obligatory climb for every local, a veritable rite of passage. Come weekends and holidays, you’ll see scores of lycra-clad locals making their weekly pilgrimage up the mountain. Moreover, it has a great deal of historical significance in relation to World War I, as testified by the huge mausoleum on the mountain’s summit. Built by Mussolini, it holds the remains of 25,000 Italian and Austrian soldiers who died in the Battle of Monte Grappa, in 1918. Often called “Italy’s Thermopylae”, Monte Grappa became the last mountain bastion against the Austro-Hungarian advance of 1917. 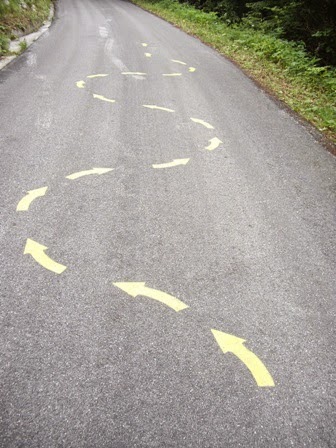 Following the near-collapse of the Italian front line, the enemy stood poised to infiltrate the Veneto plains in the southeast, and beyond, all the way to the Adriatic Sea. Should they break through, Italy would be defeated. Over the next twelve months, until the war’s end, the mountain became an impenetrable fortress of gun emplacements, trenches and tunnels. A series of horrific yet significant battles took place over the ensuing period, until finally, by the end of October 1918, the enemy could advance no further.

Though understated in relation to famous World War I battles like the Somme, Gallipoli and Verdun, the Battle of Monte Grappa has become a symbol of courage and bravery, and of the Italian soldier’s determination to never give in. Hence, the adoption of the motto of the Italian mountain troops, the Alpini, in reference to the battle’s significance: – “Di qui non si passa” (“From here none shall pass”).

Departing from Romano d‘Ezzelino, Monte Grappa is initially much steeper than its 5.9% average gradient. Averaging around 8% over its first eight kilometres, it eventually levels off to a leisurely 4% until reaching the inn at Ponte San Lorenzo, nine kilometres from its summit. As you leave the tree line behind, the gradient steadily increases beyond 7%, though in pelting rain and biting wind the remaining few kilometres seemed much harder. With its fifteen switchbacks, most of which were at the mountain’s extremities, it had taken me all but two hours to reach the top. 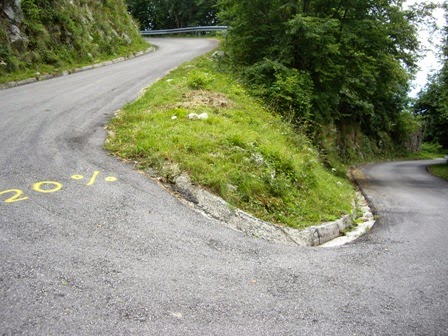 Despite the horribly cold and wet conditions, the top of the mountain was inundated with day-trippers. Many were crammed inside the café-restaurant. Some were there for food, while others like me, wanted nothing more than a warm place to shelter from the elements. Braving the weather outside were just as many visitors, all clad in raincoats and paying homage to the fallen soldiers of yesteryear.
The variation in temperature between Romano d‘Ezzelino and the mountain’s summit was astounding. I’d left in sweltering heat, yet two hours later I was soaked to the skin and shivering with cold. Though by the time I’d reached the bottom again I was perspiring in the hot sun. 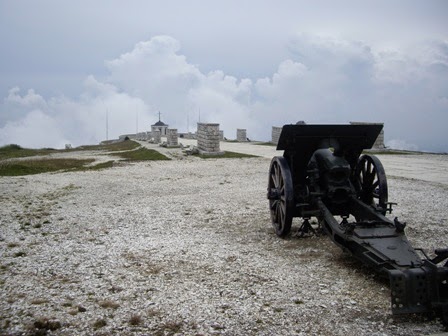 It’s common knowledge that mountains have their own microclimate, which makes them all the more dangerous. The lone cyclist is at the mercy of the mountain and the changeable weather upon it. Its bitumen road is the one constant, surrounded by the variables of heat, wind and rain, even sleet and snow. In a world where science and technology provides almost everything for us, it’s exhilarating to be able to experience something so simple, so natural. All you have to do is work the pedals’.
Posted by markkrieger at 15:38