My 10 Hardest Climbs: A mere mortal's view of the most difficult climbs in Europe 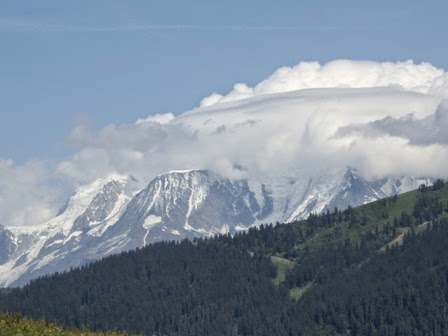 Having been fortunate enough to have visited many of the most formidable cycling destinations around Europe, I thought it was about time I started putting them in some sort of pecking order for myself.

While just a mere mortal – and an ageing one at that – compared with the pros, I got to know each climb, and its often lonely summit, quite intimately. With the pain and sweat forgotten the wonder of each climb leaves an indelible mark.

Here’s an excerpt from my book, Lycra, Lattes and the Long Way Round, describing how my obsession with Europe's mountain climbs got started.


...Call it a mid-life crisis, but I first got the idea of cycling around France about 18 months before my 55th birthday. I guess Trev sowed the seeds by lending me a cycling magazine with 50 of the world’s greatest road climbs in it. Most of them were in Europe, with a heavy emphasis on the famous mountain climbs in Italy and France, plus other climbs in Austria, Spain and America. Even good old Down Under scored a mention with Mount Baw Baw, another relatively short climb east of Melbourne. Though only 6.5 kilometres in length, it’s not surprising it was included, as its steepest gradient is above 21%, with a staggering average of almost 13%. Pretty impressive; certainly more challenging than the four ultra-short climbs in Belgium included on the list. To put it simply, each of them was but one-third the length of my “pimple”, Arthurs Seat.

Whatever the merits of the magazine article, it had some magnificent climbs in it that I wanted to experience for myself. I’d climbed all of Victoria’s highest road mountains on a number of occasions, including Baw Baw (five times), and Arthurs Seat thousands of times. How great it would be to compare them with some of Europe’s most legendary mountains.

I’d experienced long riding tours of around 1,000 kilometres before, but not since my early thirties. The one thing I remembered most from these experiences was that it didn’t matter what the conditions of the road or the weather were, or how you were travelling within yourself, it was just a matter of one kilometre at a time. One kilometre becomes two, two becomes five, five becomes fifty and so on. Riding a bike can be a simple metaphor for life. Sometimes it’s hard, the wind and rain are hitting you straight in the face, or the mountain you have to climb seems to have no end. Then, just like that, the sun comes out and you’re riding on the back of a tailwind or rolling down a hill, with nothing to worry about but guiding your handlebars around each bend in the road…

Approximately one and a half kilometres west along the D925 from the bottom of the Col des Saises, is the small village of Villard-sur-Doron. That’s where you’ll find the start of what is sometimes referred to as a mythical climb up the Signal de Bisanne, 14.5 kilometres of long, winding, seemingly undiscovered road. In a box full of colourfully wrapped mouth-watering chocolates, it’s the odd one out, sitting there unopened and all alone.

The fact that the Signal de Bisanne hasn’t ever been used in a professional cycling race, let alone the Tour de France, is irrelevant. It’s higher and more difficult than its neighbour, the Col des Saisies, which is an often used climb when the Grand Tour sweeps through via Italy or Switzerland.

Climbing up its steep narrow road-containing 13 hairpins – the occasional glimpses through the dense forest, reveal a sheer vertical drop to the valley below. Starting out at around 7%, the gradient gradually increases, never easing until you reach its remote summit more than a thousand metres above you.

At 1,500 metres, where you reach the Station de ski Bisanne, the tree line is finally left behind. You now just have 4.4 kilometres to go but at a 10% gradient. As I steadfastly maintain, the big climbs become increasingly harder the higher you get and the Signal de Bisanne is no exception. Soon you reach the intersection with the Col des Saisies but unlike the tarmac used by the pros you have almost another 300 metres to climb. Once at the top, the 360-degree panoramic view, dominated by Mont Blanc to the northeast, is a sight to behold; certainly well worth the pain and sweat along a road less travelled.
Posted by markkrieger at 16:43