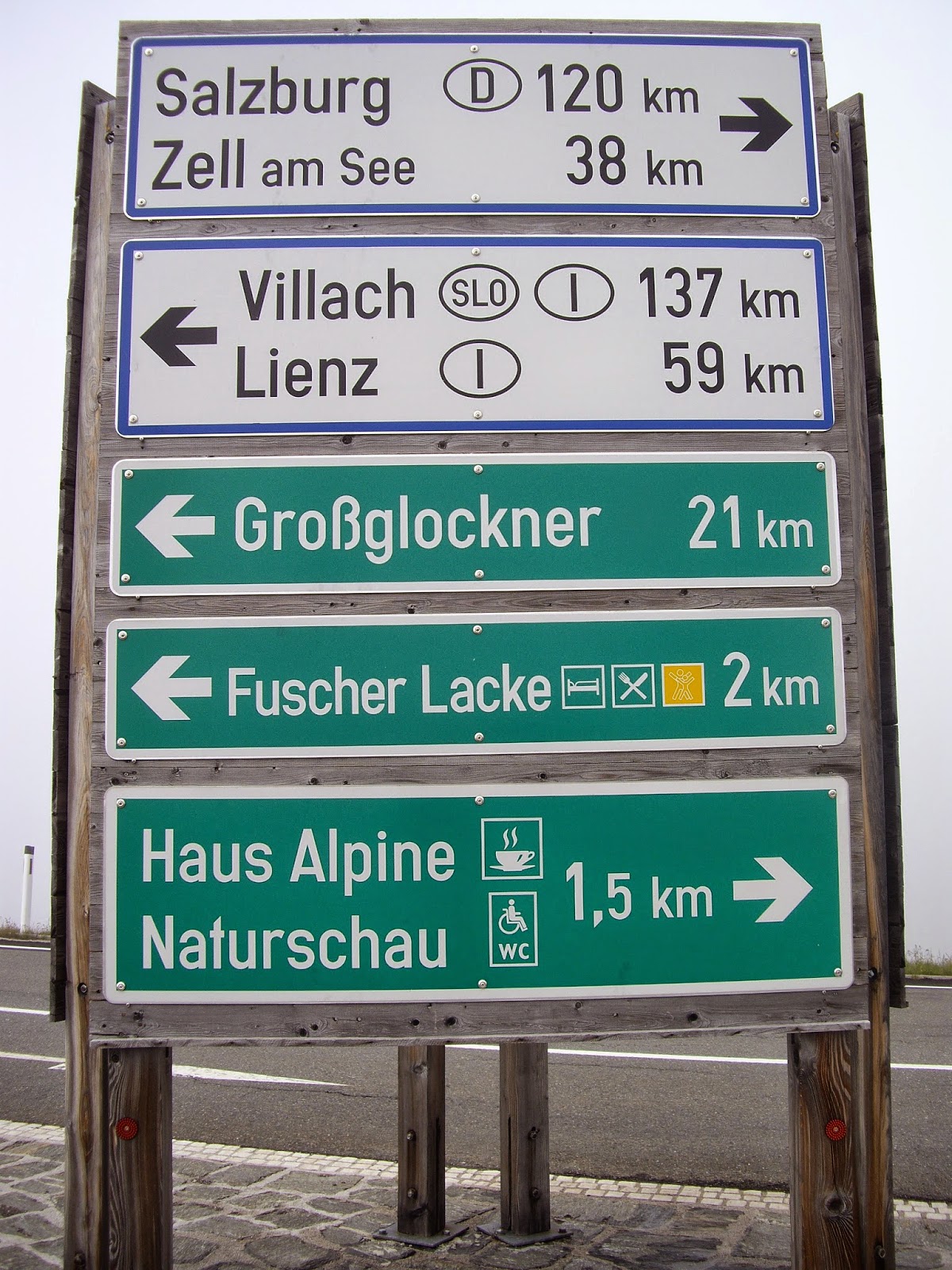 Uncompromising like its Austrian neighbour Rettenbachferner, the 'Glock' is a long grinding ladder of pain. Rather teasingly, you're surrounded by spectacular scenery, including fast-flowing rivulets, cascading waterfalls and snow-capped peaks. But with almost every turn of your cranks along its 21.4 kilometre tarmac you instead find yourself painfully longing for the remaining kilometres to slowly erode away on your bicycyle computer. 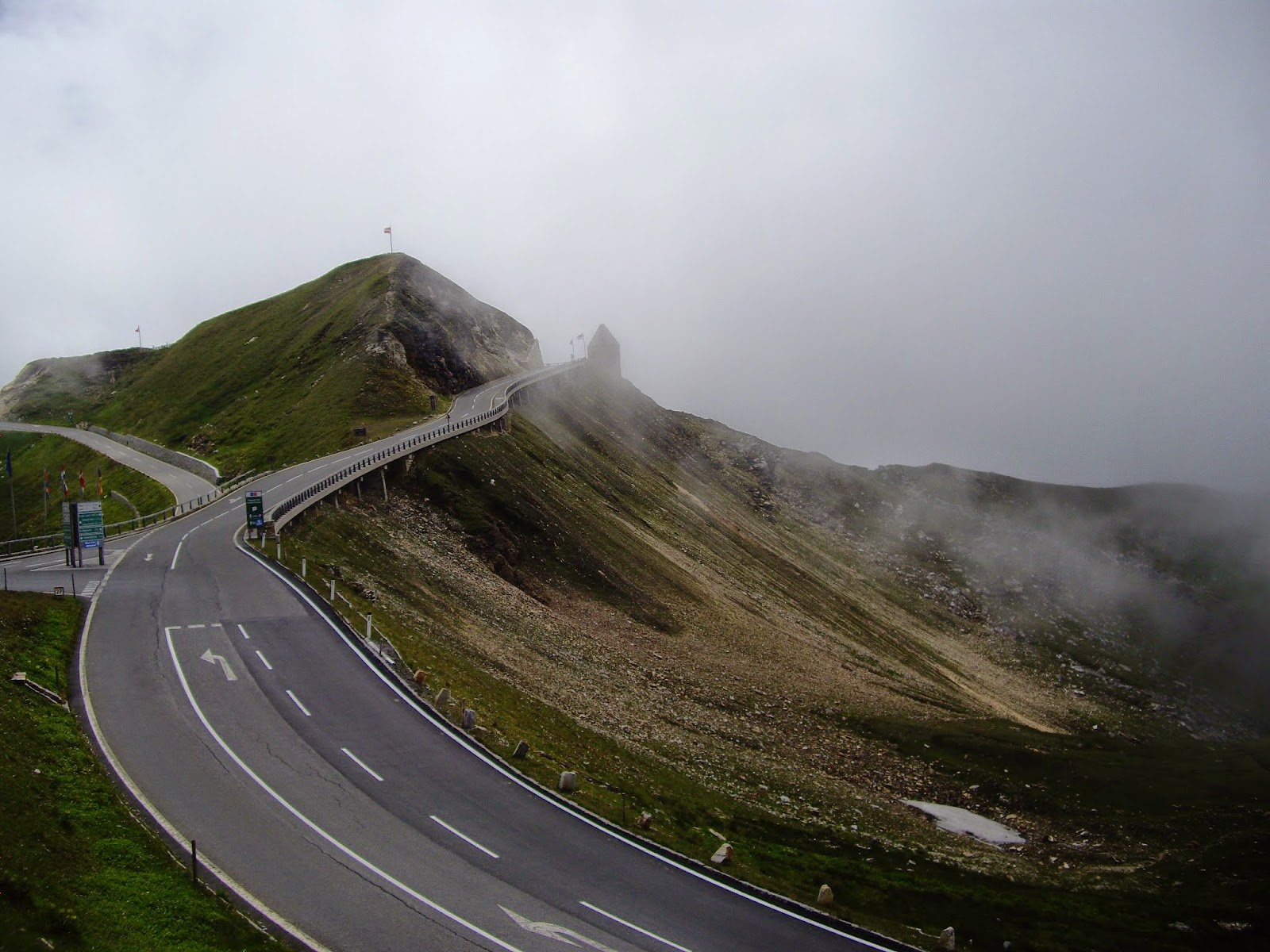 Take out the virtually flat section at the start of the climb, from Fusch to Embachkapelle, and the Grossglockner averages an even more formidable 9.2% over its remaining 18.5 kilometres. Now that the gradient is hovering incessantly between 10 and 12% the switchbacks begin to appear, each one bearing an inscription of your current height. But sometimes it’s better just not to know.


With a handful of kilometres still remaining I approached a group of young female cyclists, their heavy yellow rain jackets like dim lanterns in an English fog. With pannier bags straddled across the back of their bicycles most were riding across the road as much as forwards. One was even walking her bike. Soaked through, she still appeared determined to make it to the top. And why not? Ride, walk, or even crawl, she was one of the very few people who were up this high under their own steam. 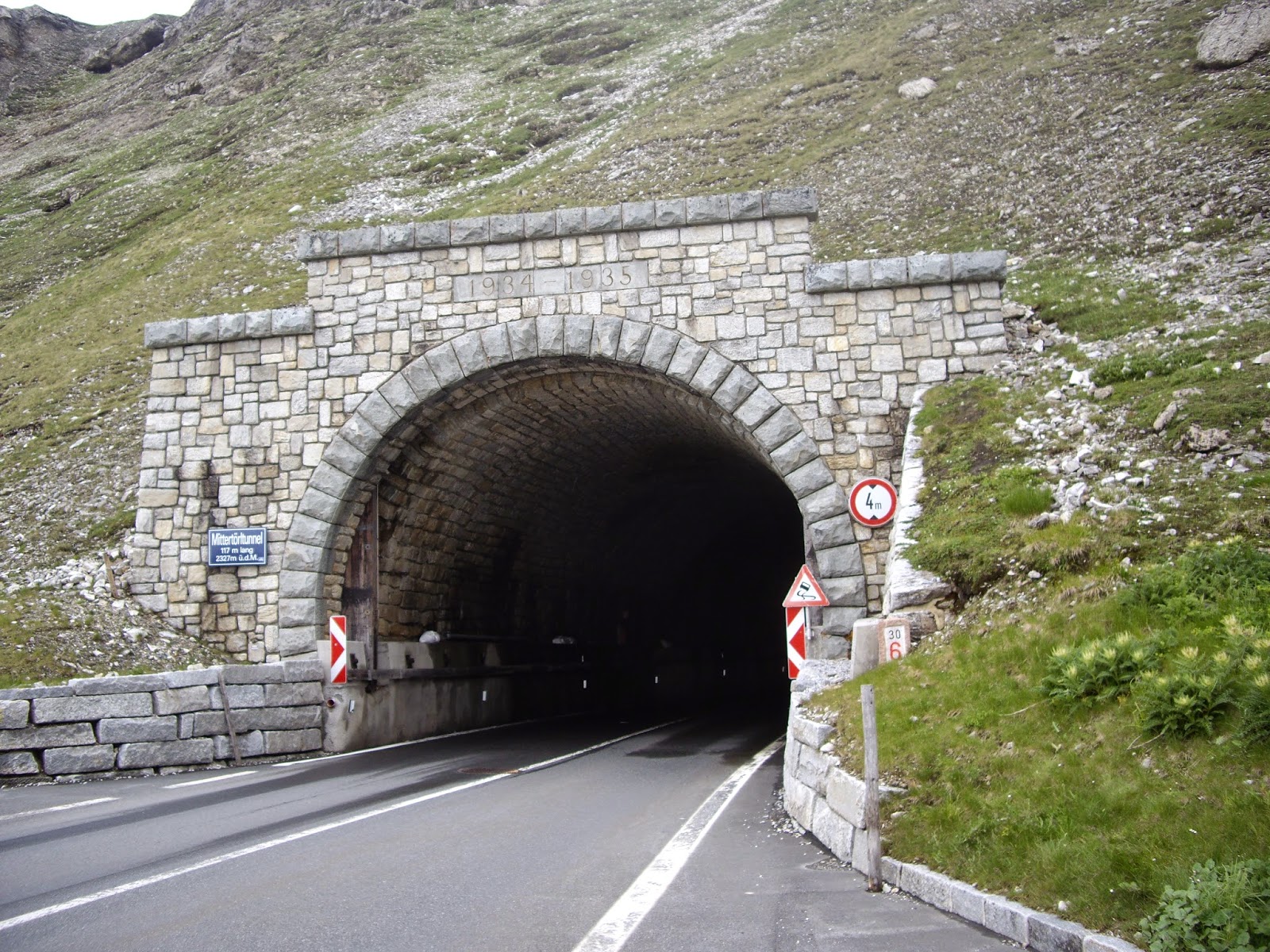 Like all the big climbs, the Glock is tough towards the top, but I wasn’t prepared for the last push to the summit at Eidelspitz which is a narrow, dead-end road paved with cobblestones. Despite the inclement weather they at least weren't slippery like the sometimes traction-less tarmac of Belgium's Koppenberg.


At Eidelweissspitze you are met by a calvacade of cars, bikes and people travelling in different directions. The silly ones like me, braved it up in heavy rain to the restaurant at the summit while most headed towards Holchen – which is the very top of the through road – and beyond towards Pockhorn.


Nowhere near as difficult as Grosslockner, Belgium's Koppenberg nevertheless has its own hidden challenges for the unsuspecting cyclist: 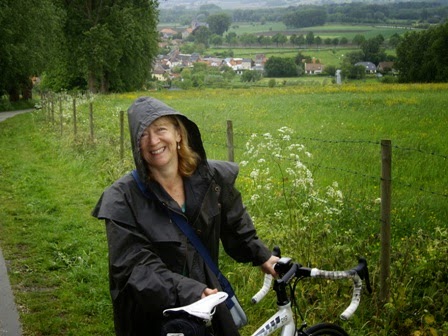 ...The fourth and final “classic” I visited was the cobbled climb up Koppenberg. Starting from Melden, in East Flanders, it’s only 600 metres in length. Though it might sound as if you could climb it in less time than it takes to say its name, it’s definitely not the case. With a 10.2% average gradient and almost 22% at its extreme, it’s well worth doing just for the experience. But don’t expect to reach the top unscathed. You’re now riding on bone-jarring cobblestones, which once in the shade become wet and slippery. Suddenly, you’re going nowhere – unless you’re prepared to travel up by foot.

On my one and only ascent, I was picking up more good vibrations than the Beach Boys. And that was only at the start. Once I reached the above 20% section, my tyres lost traction and my bike, with me on it, came to a grinding halt. There just wasn’t any hope of spinning the wheels on the wet cobblestones. Had it not been for two lovely locals who gave me a standing start, on three occasions no less, I wouldn’t have made it up on the bike. It was lots of fun, though, and a great place to revisit, perhaps to do the entire 72 kilometre circuit around greater Oudenaarde. 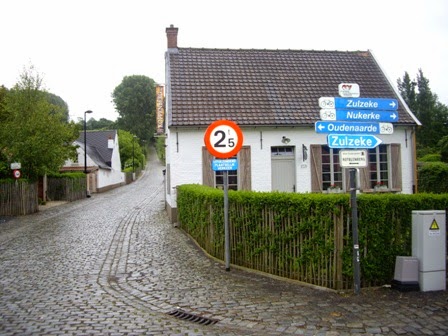 Like the Muur van Geraardsbergen, the Koppenberg features in the Tour of Flanders. It was first climbed on the Tour in 1975, featuring annually until 1987. In that year controversy struck when a Danish rider, Jesper Skibby, came to grief on the climb. He was well in front when he fell, with the peloton fast approaching. The race official, in his wisdom, ordered his driver to proceed up the narrow road and in doing so ran over Skibby’s front wheel, which was lying alongside him, splayed out on the cobblestones. That was obviously the end of Skibby‘s attempt at the prize, as it was for the Koppenberg for the next 15 years. It wasn’t until 2002, once renovations were made, including repaving and widening the road, that it was returned to the Tour…

Extract from 'Lycra, Lattes and the Long Way Round' p.27
﻿﻿
Books by Mark Krieger:


“When man invented the bicycle he reached the peak of his attainments. Here was a machine of precision and balance for the convenience of man.”