People Who Make A Difference... 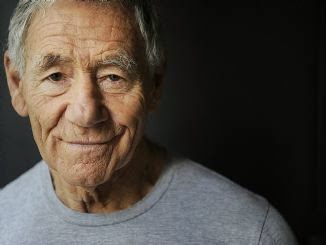 I wish more people would read my words today. They're more important to me than anything I've thought about, let alone written, in awhile.

I was sad to hear of the passing of Tom Hafey. His death brought back many memories, mostly good ones. Though I only had the fortune of meeting Tom once, he and my grandfather have been my role models for most of my 59 years. Throughout our lives, whether consciously or unconsciously, we look for greatness in other people to help guide our own destiny. My grandfather, who fought bravely in World War I and lived a stoic existence for 100 years, was one of those people. The other was Tom Hafey.

From the moment I heard about his fitness regime, even before he coached my beloved Collingwood to five grand finals in five years, he inspired me. Something akin to my grandfather, who exercised religiously up until two weeks before his death – albeit, it was probably the only religious thing about him – Tom's life was characterised by self-discipline and determination.

On the one occasion I was fortunate enough to meet him he paid a visit to my school – where I was a teacher – to talk to students and staff about a positive approach to life. Like everyone else in the auditorium, I hung on every word he said, and just as importantly, the passion with which he delivered it. Like a young kid who gets to meet his hero in the flesh, I later followed Tom around the school for the next hour, incessantly pestering him with reminiscences of games gone by. Yet he was so patient, even willing to share the frustration, even then, of events that slipped through his fingers: with me, the 40-plus-year-old kid hanging off every word.

At 59, I still ride my bike up Arthurs Seat, on average at least once every day. I religously do my 100 push-ups, my 300 bicep curls and my 400 sit-ups. While nothing compared to Tom, it's simply an example of some people, who without even knowing, can make a tiny difference to the way others live their lives.

Like my Pop, I'll never forget Tom Hafey. While without ever knowing, he made a difference to my life.
Posted by markkrieger at 10:01