Cycling in Slovenia: Lazing in Ljubljana

Today was a rest day off the bike, so Roz and I left our accommodation at House Berdnik, in Kamniška Bistrica, to explore the Slovenian capital, Ljubljana. The heart of Slovenia, not just economically, culturally and politically but geographically as well. No matter where you are within the country's borders Ljubljana is never far away. While the largest city in Slovenia, its population is a mere 300,000, of which a quarter are students. The city's symbol is the Ljubljana Dragon, which is supposed to symbolize power, courage, and greatness. Its motif is depicted on the top of the tower of the Ljubljana Castle, on the city's coat-of-arms and on one of its main bridges, aptly named 'Dragon Bridge'. 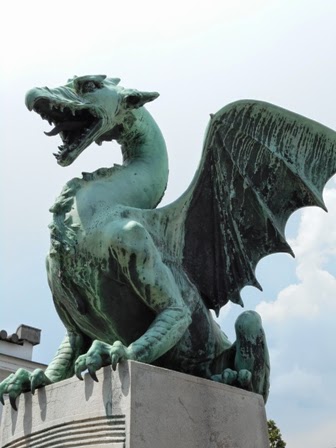 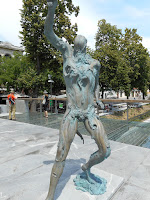 Boarding a train from Kamnik station, for the price of just 2 euro 50 (each), the journey took 45 minutes. Being relatively small, Ljubljana didn't have that 'big city' presence about it, where cars and trams choke the roads and shops and pavements are crowded with busy people almost tripping over each other. Instead, it was calm and serene, no more so than the pleasant hour-long boat ride along the Ljubljanica River. 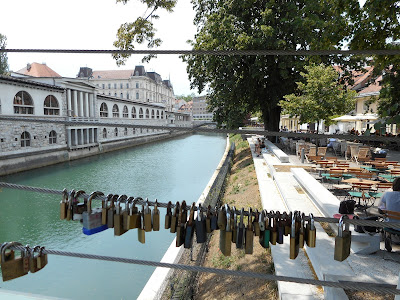 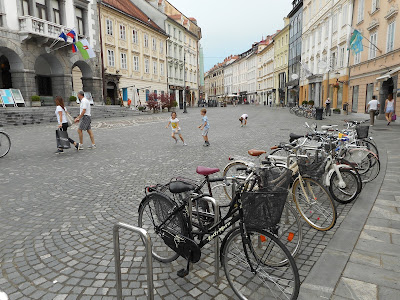 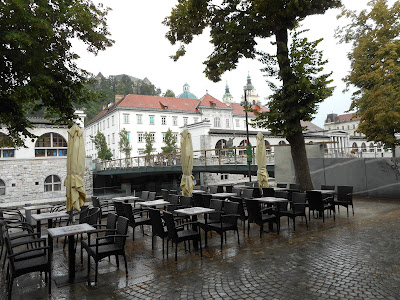 The city's promenade, Petkovskovo nabrezje, was full of 'easy on the pocket' eateries, one in which we whiled away the time working out the next day's route to Sele. We didn't know it then but the calmness and serenity we were feeling at the time would somewhat dissipate within the next 24 hours.


“Cyclists have many reasons to ride a bicycle: for health and for fitness, for friendship, for achievement or simply out of habit. And some want to see the world, and what better way to see the world than on the seat of a bicycle.”