I've only climbed the Cime de la Bonette once - from Saint-Etienne-de-Tinee, back in 2009 - and I'll never forget the experience. Totally underestimating its 6.4% average gradient, its the least prepared I've ever been for a ride up a mountain. While it doesn't appear too formidable on paper, its length, its exposure to the elements, and above all its relentless push towards its wind-exposed summit, makes it a brute of a climb. The following is an extract from my book which describes my less than triumphant experience up the mountain. I can laugh about it now, but it took me a while to cope with the ignominy of having to dismount the bike. I'm sure you'll sense the sour grapes towards the end:

Soon I began the gradual climb up the valley, first past the turn-off to the town of Roquebillière and then onto Saint-Martin-Vésubie. It’s from there that you begin the real task of regaining all that lost altitude by climbing the Col Saint-Martin (1,500 metres) and further on the Cime de la Bonette, a mammoth 2,802 metres, and purportedly the highest bitumen through road in Europe. If it’s not it’s at least the highest mountain pass ever climbed by the Tour de France.

Before reaching the start of the climb up the Cime de la Bonette, you travel through the most impressive of valleys, the Vallée de la Tinée, which has breathtaking views of soaring peaks on either side of the road. I met Roz at the pretty little town of Saint-Étienne-de-Tinée, where she persuaded me into a relaxing lunch of beer and pizza before starting the climb up Bonette.

Too much fine food and alcohol has a way of seducing you into feeling you can conquer just about anything. In reality, it’s great preparation for sleeping rather than doing anything physical, such as riding a bike up almost 26 kilometres of mountain with an above 6% average gradient. By the time I got up from the table, the only thing keeping me awake was my indigestion—I was full of more gas than a helium balloon. I only had to pick up the bike and pedal the first 100 metres up a hill through town to know that I was in for a horrible couple of hours. I’d played my part, and the Cime de la Bonette did the rest. It was a stinker!


The distance and gradient seemed easy enough on paper but it didn’t play out that way on the vélo. Like most of the big climbs, it is one of those mountains that increases in severity the closer you get to the top. Its height also makes you much more prone to the elements, including strong winds and, by all accounts, diminishing oxygen.

Cime de la Bonette is not only the highest mountain I’ve ever climbed; it is also the most difficult. I found it even more arduous than Angliru. Having reached all but the last few hundred metres, I simply couldn’t stay on the bike. The strong buffeting wind led me where it wanted and there was no barricade offering protection from the barren vertical slope. Unable to control the bike, even at such a slow speed, I tried walking a few metres in search of some protection from the wind, but to no avail. It was a major let-down to climb almost to the very top and not be able to stay on the saddle. 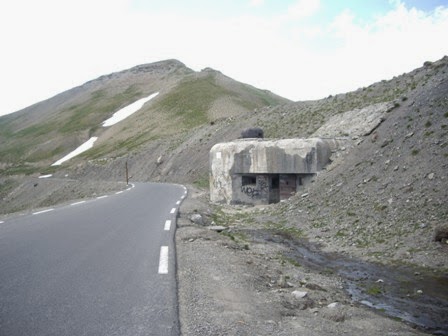 The story goes that the French weren’t content with having the second- highest road mountain pass in Europe so they added an additional 80 metres of landfill to make it what they thought was the highest. Whether or not it is is a matter of conjecture. To me, it’s simply a bloody dangerous circular road, with as much as a 16% gradient, that ends back where it starts, at the mountain road to Jausiers. All I can say is, “Bravo” to all those riders who have made it to the very top. For me, just getting to the summit, on the back of the bike and finally on foot, was a wonderful moment, one I’ll never forget. 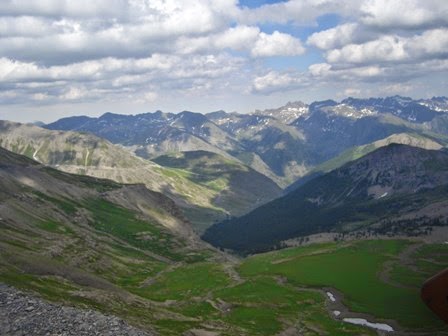 As I slowly walked my bike up the last 400 metres to the top of the mountain, I passed another cyclist who had succumbed to the strong winds, just like me. His name was Georgio and he was all of 69 years of age. He told me he comes back to Bonette every year, but so far he has never made it to the very top without walking his bike the last few hundred metres. He says he’s got one more climb left in him, but I’ve got a feeling that if he doesn’t make it next time, it won’t be his last. We enjoyed talking about various things, such as work and mountains, especially Italian mountains, and before parting we took a photo of each other at the summit. Who knows, we might meet again one day while walking our bikes up the last few hundred metres of that very same col. 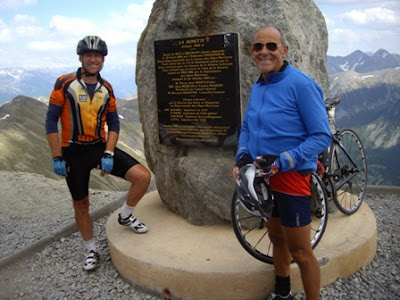