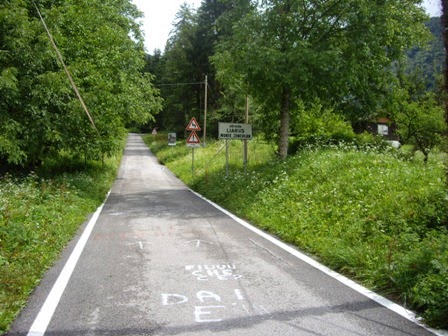 I've been fortunate enough to have climbed Zoncolan three times now, from Ovaro and Sutrio back in 2009 and again from Ovaro two years later. Like the Giro d'Italia, I haven't yet climbed it from Priola, by far the most difficult route of the three. It is a staggering 13% (which is identical to Australia's Mount Baw Baw) over its 8.9 kilometres.
While not as climactic as the Giro's recent foray up the mountain, here's a brief account of the last time I was there. 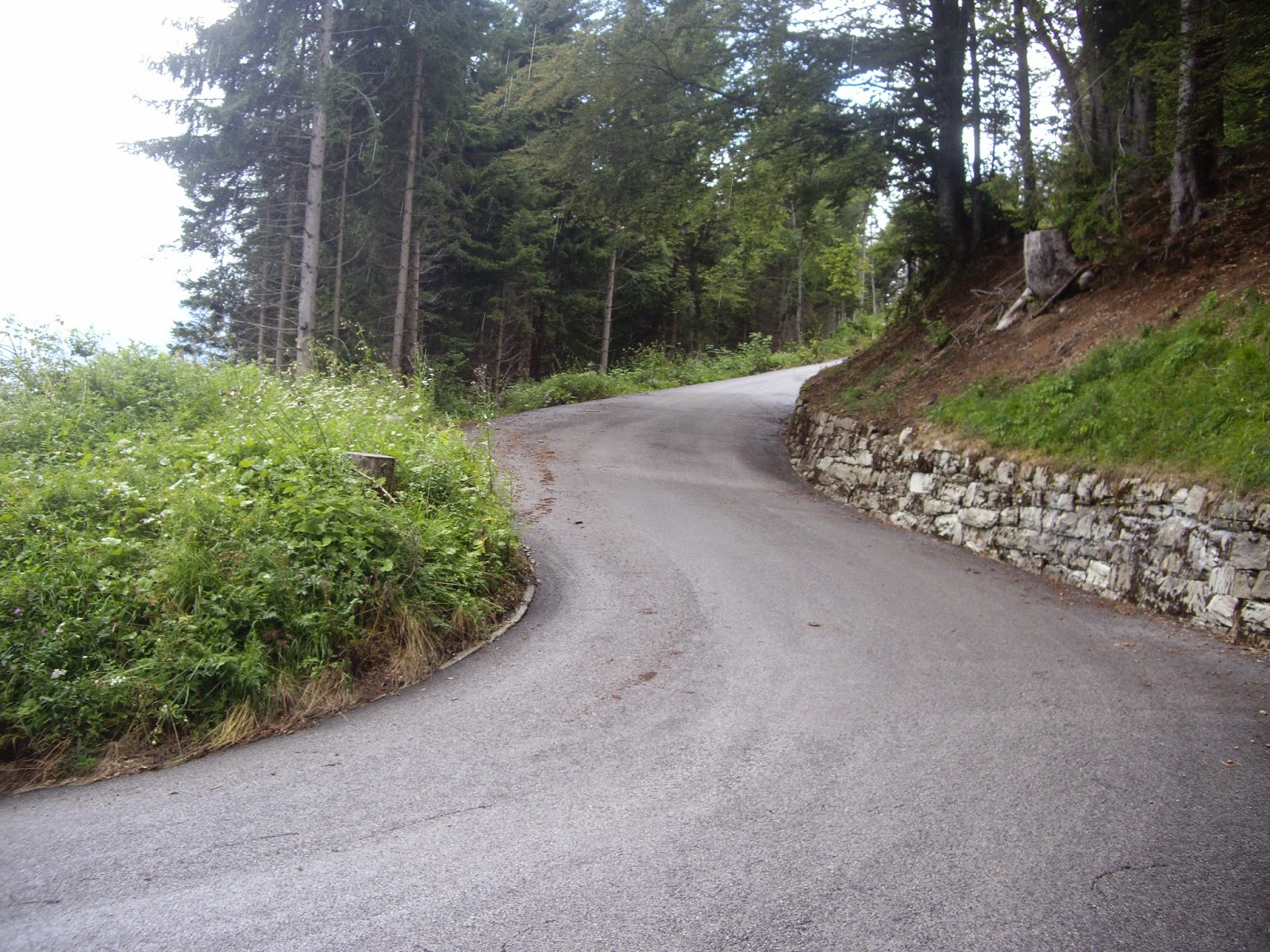 There were no fanatical fans, TV cameras, helicopters or advertising hoardings. Funny, I still felt like a winner though when I reached the top.


Apart from the occasional motorcyclist you’ll have little company along Zoncolan’s narrow, winding tarmac. While steep from the moment you turn off from Ovaro, it’s not until you leave the village of Liiarus, approximately two kilometres up the road, that the climb truly begins. Over the next 500 metres you run into a 17% gradient.

But it's the next six kilometres that tests the rider’s resolve more than just about any cycling climb you could imagine. The gradient hovers well above its average of 13%, reaching as high as 22% between the 6th and 7th kilometres. Here, I was travelling as slowly as 4.2kph, just as much sideways as in a forwards direction. I’ve heard it repeatedly said that Alberto Contador dances on his pedals when climbing a mountain. My protracted ascent, by comparison, was more akin to a ballroom shuffle.
﻿
Yet despite the increasing discomfort in my chest and legs, it was nothing compared to just being here on this mystical stretch of road. In my mind it doesn’t have the majesty of the Col d’Izoard or the summit height of the Cime de la Bonnette or the Grossglockner. It’s just a brute of a climb through a splendid stretch of remote forest. There’s no fanfare or commercialism; two reasons I regard it so fondly.


At two kilometres from the top the steepness of the climb finally diminishes; each turn of the crank is no longer the toil it has been over the last 60 minutes. Soon you pass three short tunnels, the third signaling the last steep assault to the top of the climb. 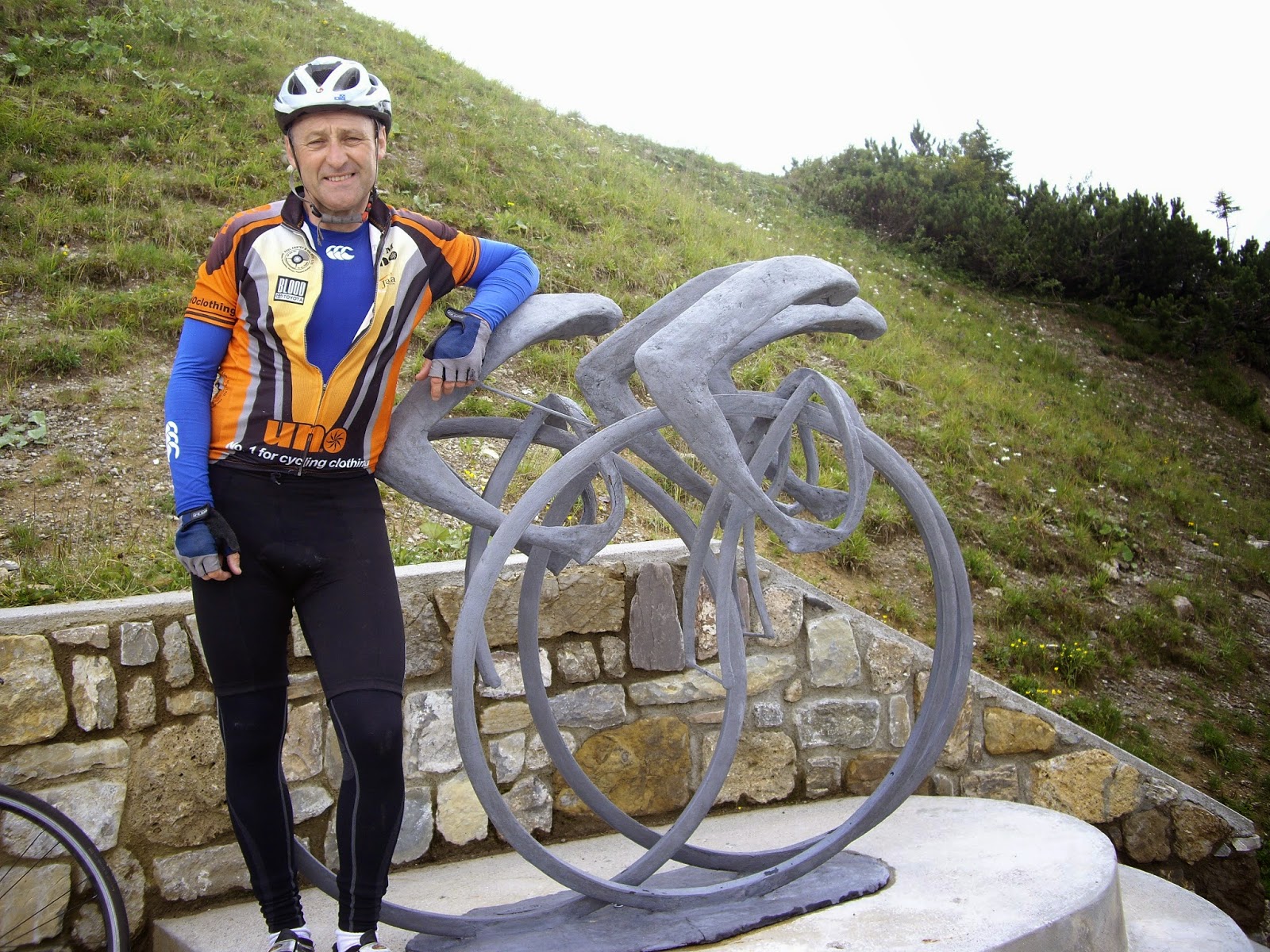 Reaching the summit I was met by an Italian cyclist, who had obviously arrived himself, just seconds earlier. Wearing no helmet, just a bandanna, he was still straddled across his mountain bike.

I’ve never met a cyclist so happy to have made it to the top of a mountain. Admittedly Zoncolan is a formidable challenge but it was like he’d just won the Giro himself. He was doing endless circumnavigations of the small summit apron and clenching his fists in exultation. Then grasping his mobile like it was a microphone, he excitedly communicated his hard-gained achievement – I presume – in rapid-fire Italian to the person on the other end.

For some reason, I then thought of my cycling buddy Lore. Remember, there are three ways up Zoncolan.

“It is by riding a bicycle that you learn the contours of a country best, since you have to sweat up the hills and coast down them.”
Ernest Hemingway