Rather than ride directly to our overnight destination at Cerknica, I chose instead to head further south towards one of the most pristine areas in the country, Kočevski Rog. A plateau that makes up part of the Dinaric Alps, its highest peak is the 1099 metre Veliki Rog. Once a strategic part of the Holy Roman Empire, and the scene of more than 12,000 massacred Slovenian war prisoners, in 1945, it is today heavily forested and largely uninhabited, save for wolves, lynx and Europe’s largest population of brown bears. I must admit, I wish I knew this before I started heading off alone along bear-infested forest roads.
﻿﻿
The 216 road from Novo Mesto was moderately undulating at first. Despite the absence of damp cobblestone roads lined with deciduous trees, the short but steep rises reminded me of the professional cycling race, the Liège-Bastogne-Liège. Undoubtedly lacking the drama and mystique of the Belgian classic, it was a small reminder that there’s so many challenging, scenic, or just plain different stretches of road that go unnoticed.

Having gained a little altitude along the way, my descent towards the relatively large town of Čmomelj, was long and straight. With few bends in the road, my kilometres mounted quickly. Difficult to say and even more difficult to spell – a bit like Slovenia’s capital, Ljubljana, Čmomelj, loosely translates to ‘black miller’. According to legend, a dissatisfied beggar placed a curse on a local miller because of the poor quality of flour she was given. 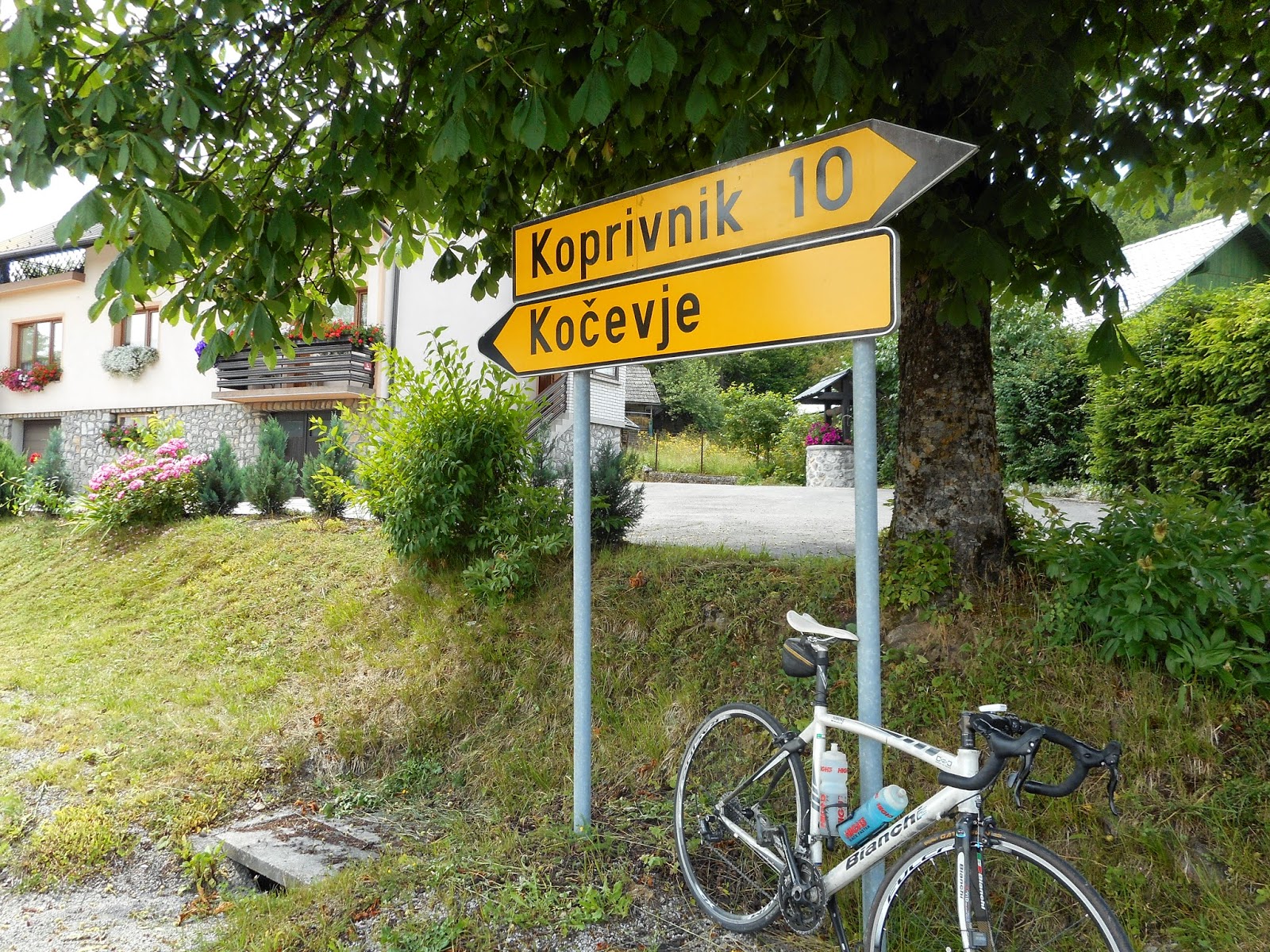 From Čmomelj, I headed west along the 217 towards Kočevje, a fairly bustling town located at the foot of the Kočevski Rog plateau. Though the 40 kilometre-long intestine of road is home to many small villages along the route, cars seemed scarce. Perpetually in motion, my every view along its length was that of undulating forest embraced tenderly by the mountains behind. It was a fervent reminder of a country, while small, comprises 56% forest.


Undoubtedly pleased with the events of the day so far, the yin and yang of my cycling life was about to take a turn for the worse. The 217 meets the 106 at a fairly insignificant place called Livold. Not far from the Croatian border and less than 100 kilometres from Ljubljana, the road became a veritable conveyer belt of traffic, a sight I’d yet seen in Slovenia to date.

One hour and 24 kilometres later I was finally relieved to be making a left-hand turn onto another one of those secondary roads I’d come to love so much. Though hot and thirsty, and still with a fair distance to travel to our accommodation, at Cerknica, the kilometres would simply tick over without a care in the world.

Not remarkably spectacular in itself, Cerknica is home to an interesting lake – oddly enough it’s called ‘Lake Cerknica’ - which from all reports, is one of a kind. Essentially, it is a disappearing lake – that is, it runs dry according to the seasons – but it can remarkably fill in just a matter of days; sometimes even in just one solitary day. The town is also close to Predjama Castle, a once impregnable fortress that is built into the side of a mountain. And as I was soon to discover for myself, Cerknica is a springboard to Slovenia’s diminutive yet stunningly beautiful stretch of coastline.

One of Slovenia’s most spectacular regions to visit, how you get there by bicycle might be your only concern.

“It is by riding a bicycle that you learn the contours of a country best, since you have to sweat up the hills and coast down them.”
Ernest Hemingway