Cycling in Italy: Levico Terme to Ala, via Monte Bondone (148kms) 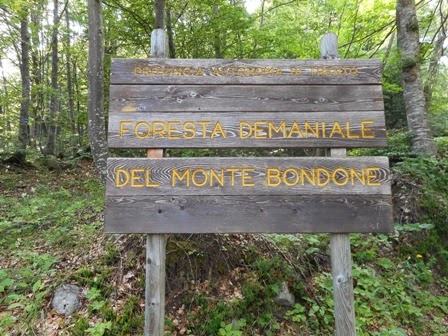 If you study a road map of Northern Italy, you’d soon realise that there isn’t a huge distance between Levico Terme and the small village of Ala; even if you take a detour up Monte Bondone, via Trento. All up, it’s about 100 kilometres.

I always enjoy planning my day-rides. It’s half the fun and certainly much easier than riding a bike up a hill. Still mindful of my perilous experience getting to Levico Terme two days earlier, I had all the more reason to pore over my assortment of maps to ensure that I’d be travelling along the quietest roads possible, and that like a plug in a power socket, they’d perfectly connect. Heading along the quiet SP1 road towards Caldonazzo, on a beautiful Sunday morning, I felt confident I’d left nothing to chance. 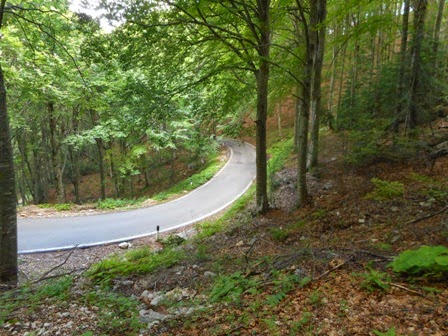 Thirty kilometres later and climbing on the right road towards Monte Bondone, I could have been forgiven for thinking that my day was going according to script. While the road I was travelling along, the SP85, was becoming busier by the minute, particularly from the opposite direction, I assumed that being a Sunday this was a normal occurrence. Even the long line of witches-hats down the centre of the road seemed innocuous. They might have something to do with controlling the traffic of cars, I thought, but surely not bikes.

Less than 500 metres later, two Circuit Breakers, dressed in police uniform, wrenched out my plug. I didn’t understand too much of what one of the offices said to me; only that I wasn’t allowed to head on up the mountain, not by this route anyway. I soon learned that a car racing event was in progress. Who cares? I thought. I’ve come all this way from Australia to climb this mountain and the bastards won’t let me up, because of all things, a car race. Besides, what about all the wasted petrol to boot?

As much as I protested to both police officers, I never had a chance of changing their minds. The best I could glean from one of them, who at least showed me some sympathy by looking at my map and giving me directions, was that if I continued along the road I was on, I’d at least be heading, indirectly of course, towards our overnight accommodation in Ala.

I was now saddled with two problems instead of one; forbidden to ride up the mountain, worse still, I was even travelling in the last direction I wanted to go. Perhaps a half-open door, I soon reached yet another turn off to Bondone’s 1,654 metre summit. This time, free of road blocks, witches-hats and hard-hearted police officers, I seized the opportunity to see how far I could get; maybe even all the way.

More than half-way to the top, I thought I may have a chance. In 11 kilometres of climbing I hadn’t glimpsed one moving car, let alone telltale signs of police barricading the road. But no sooner had my negative thoughts turned into hope, I began passing parked cars along the road. A little further on were people queuing up at hamburger and drink stands, followed by a throng of spectators waiting for the next car to tear down the mountain. Here, at a place called Candriai, best described as a tiny hamlet surrounded by woodland, the two roads meet before continuing as one up to the top of the pass. And here at the intersection, stood another representative of the Polizia di Stato.

Somewhat frustrated, yet satisfied with at least climbing half-way up the mountain, I decided to return all the way back to Trento and take instead, the SP90, which involved a 40-kilometre ride through the Lagarina Valley. Picturesque, slightly downhill and more direct, I could have had a lot worse to look forward to. ﻿﻿

Approximately 10 kilometres down the road from Trento, is the village of Aldeno. Had my day gone to plan, I most likely would have already passed through here on my descent down the mountain. Only mid-afternoon, this was to be my third and final opportunity to reach Bondone’s summit.

I guess at this point, you might be thinking, why in the hell bother? I know some part of me did. But if you think something is worth it in the beginning, no matter how trivial or hare-brained it might seem, there can be a lot gained by seeing it through to the end. You may not get a second chance. Anyway, that’s how I felt at the time, and nearly two months later, I haven’t changed my mind. 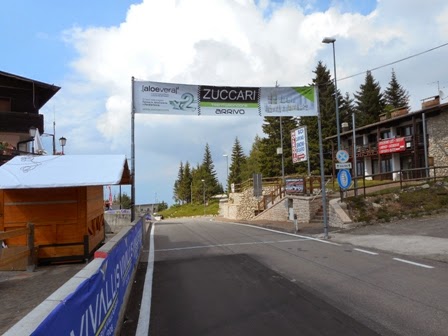 The climb of almost 23 kilometres took me a little over two hours. An interesting and varied ride, with a balance of near-flat and very steep gradients, it was certainly far more scenic than my 11 wasted kilometres up the SP85 to Candriai. I later learned that the Giro d’ Italia uses this route occasionally; and little wonder why. Pleasantly remote, and heavily forested in parts, its gentle approach and extensive views to the summit, made the extra effort in getting there all the more worthwhile.

It was still a warm and cloudless afternoon, as I gradually made my way up to the top of the pass. Grassy meadows had given way to bars and hotels lining the road, while steel barricades, a finish line banner and a few stragglers along the footpath were the only reminders of the car race that had taken place earlier in the day. What’s more, there wasn’t one policeman to send me back down the mountain. Happy to have finally made it, I could now do that of my own accord.