A further 40 kilometres to the west of Cangas de Onis is the railway town of Nava, otherwise known as the cider capital of the Asturias. Producing 80% of the country’s cider, the region’s 7,000 hectares of apple orchards become laden with bright red and yellow fruit between the months of September and October. Those more interested than just imbibing it, can even visit Nava’s Museo de la Sidra (Cider Museum), which has a variety of interactive displays on the history of cider-making and how it is made today.


Having sampled enough Asturian cider of my own the night before, I had no desire to ride the additional 600 metres off the N-634 to visit Nava’s museum. Still a touch hung-over, I was just happy to be travelling along its gentle uphill road for a couple of hours rather than mountains with double-figure gradients. With another visit to the paved cattle road of Alto de l'Angliru just a day ahead, that would happen soon enough.

﻿
Turning off a primary or main road, like the N-634, to a secondary one, often evokes two distinct thoughts; one, what a relief to be riding along a quiet and remote road again, and two, I hope I don’t get lost. Needless to say, I thoroughly enjoyed the next 25 kilometres of tranquil river road, the AS-323, before needing directions for an escape route out of the busy industrial town of Langreo.

Like repairing a broken chain, linking the smaller sections of road together can be a frustrating and time-consuming nightmare. With a population of little more than 45,000, I underestimated the time it would take me to locate the town’s centre, let alone extricate myself out again on the right road towards Mieres. Forty minutes later, still befuddled by my temporary predicament, I disconsolately attached myself to a seat and watched the passing parade of people go by along the pavement.

﻿﻿
Eventually, I enlisted the help of a guy who at least seemed like he knew his way around town. A rather portly gentleman, he was carrying a briefcase and was dressed in a shirt and tie. As it turned out, he couldn’t speak a word of English, nevertheless he made me understand that I had to proceed through one roundabout before doing a right-hand turn at the next. Obviously satisfied with his succinct directions, he took a quick look at my rear cassette, intimating that the cog my chain was already on would be all I needed to get me where I was going. While his generously proportioned physique perhaps didn’t suggest he was an avid cyclist, his scrupulous examination was reassuring. Not thirty minutes later he turned out correct on both counts.
﻿﻿ 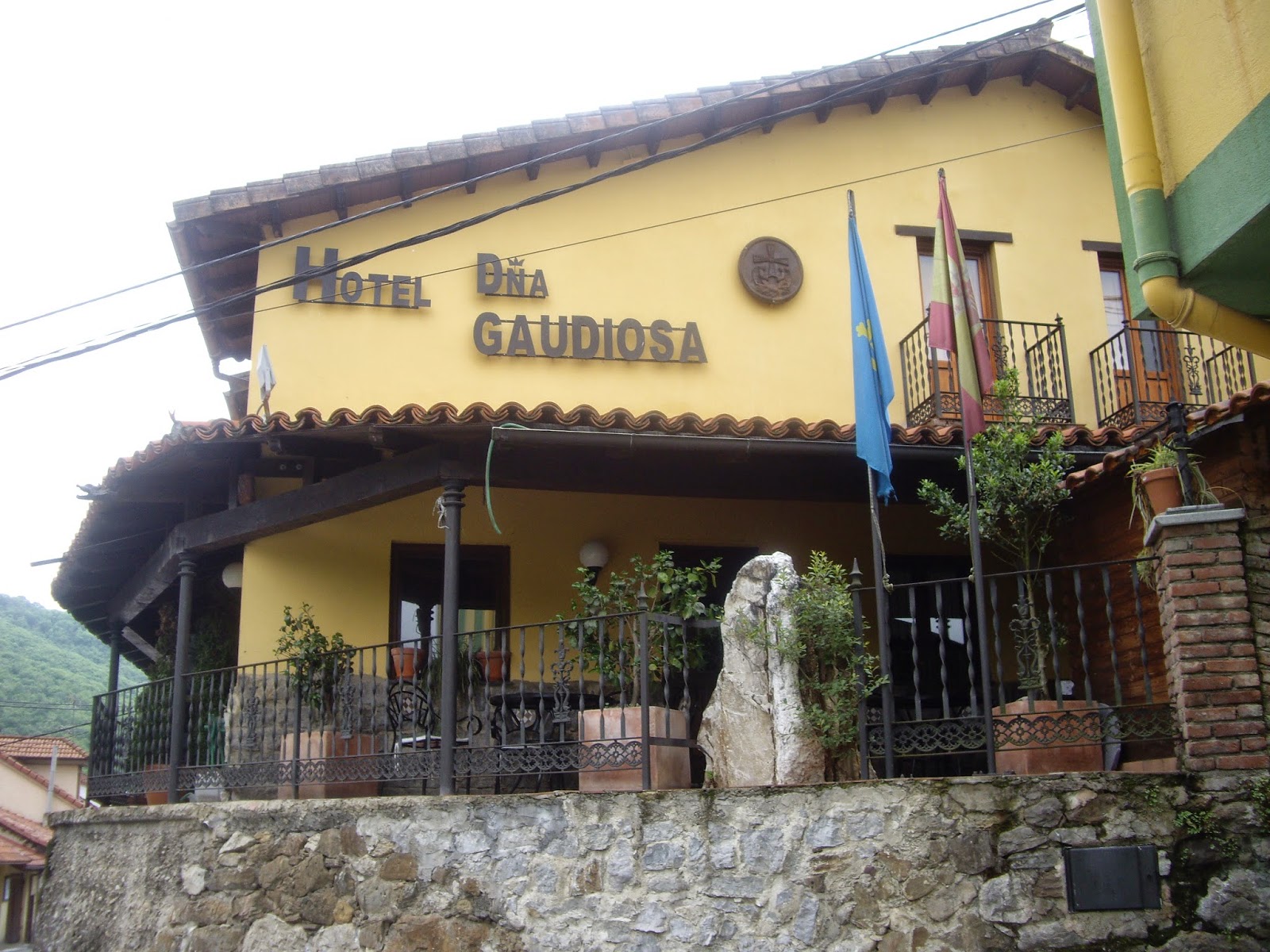 Located along the valley floor of the Río Caudal, in the heart of the Asturias, is the grey coal mining town of Mieres. Once the industrial backbone of the region, its population was almost double what it is today. However, the slump in the coal and steel industries during the 1970’s and 80’s saw a decline in the town’s fortunes. As well as its mandatory assortment of bars and restaurants, Mieres today contains a hotchpotch of art galleries, cultural centres and small museums that highlight the town’s history and industrial heritage. Compared with Cangas de Onis and the Picos de Europa however, Mieres had little to hold my attention. Late afternoon, the only thing occupying my thoughts was the next 15 kilometres of valley road left in front of me; except of course, the next day’s climb up the Alto de l'Angliru.