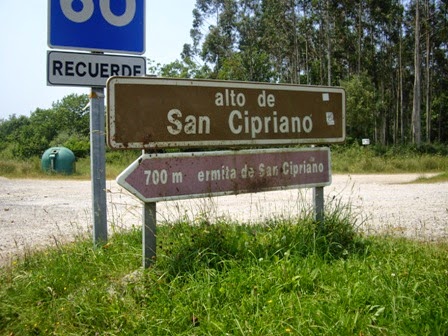 With a long way still to travel, I wished Antonio farewell. He headed north bound for home while I continued west, eventually towards Cangas de Onis.

While short lived, the next few kilometres towards Panames were along a beautifully flat and winding road that followed the course of the Rio Miera. Apart from the Plane trees, the occasional Pin Oak and the river that accompanied me for much of the way, there was hardly a sound of life to be heard. There was not even one motor vehicle in sight. Just a few minutes later, I soon discovered why; they were all travelling along the frenetic N-634 towards Torrelavega.


Still early on a Friday afternoon, the road seemed full of trucks and impatient drivers, their speed as dangerous as I’d encountered since crossing the Pyrenean border back into Spain. My experience of the busy city 30 kilometres further up the road didn’t fare much better. 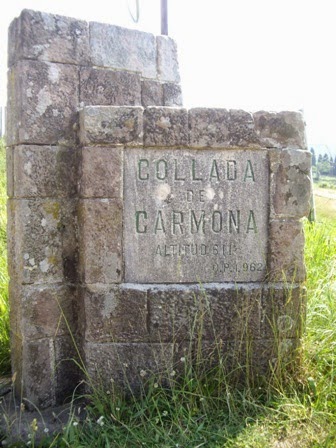 Like a moat surrounding a medieval fortress, Torrelavega is encircled by the combination of a river, the Rio Besaya, and the A8 and A67 motorways. Having been holed up in the same place, while travelling from the opposite direction just two years earlier, it became an awful case of déjà vu. My maps confirmed that like an unbroken piece of string, the N-634 travelled in and out of the city still in one piece, but for some reason, it didn’t play out that way for the second time around.

The tangle of roads and some of the landmarks along them did nothing but remind me of my frustration just 24 months earlier. My head now spinning faster than the wheels on my bike, I sought the help from an array of people but it was to no avail. All had the best of intentions but their rapid responses, becoming more convoluted the longer they spoke I could barely understand a word they were saying.

Mentally defeated, I finally ventured into a Mercedes Benz showroom somewhere near the edge of the city; what edge I had no idea. Surely, I thought, if anyone is familiar with road directions, it has be a local car company, not least of all, Mercedes Benz. Dragging my feet into the showroom I was greeted by an elderly gentleman, impeccably dressed in suit and tie. Unfortunately, it didn’t improve his communication of English but quickly realising the problem he enlisted the help of a lady out back. Looking as immaculately attired as her associate and of a similar age, she nonetheless would have fared much better when it came to selling cars to foreign customers. Her English was perfect, as were her directions and in no time at all I was back in motion. 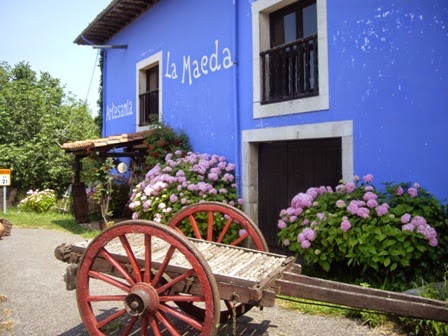 Heading south for a short distance on a much quieter road, I was delighted to have left the N-634 behind somewhere in Torrelavega. National roads are often much quicker when you’re travelling on a bicycle, as they are with cars, but in the main they’re considerably more congested and dangerous, and less appealing on the eye. The remainder of the day’s ride, though long, some 120 kilometres, was a completely different scenario.

At last crossing a bridge over the Rio Besaya, I’d hardly left the city’s streets before I started grinding my way up the Alto de San Cipriano. While not relatively steep, or long, the climb was one of two short passes – the other being the Collada de Carmona – along my new route.
Posted by markkrieger at 12:21