Ever since Roz and I had toured along Portugal’s eastern border with Spain just 12 months earlier, we were keen to see how it compared with its urban and decidedly more-touristic western coastline. It of course meant that we’d have to forfeit visiting some of Spain’s most interesting cities; places like Zamora, with its 24 Romanesque churches, the most in Europe, Salamanca, once used as the country’s capital and today a UNESCO World Heritage Site, and Badajoz, which for such a small city, of less than 200,000, has spent much of its existence being fought over. Nevertheless, it was an easy decision. From what we’d already learned and seen for ourselves about Portugal’s landscape, its history, cuisine and relaxed lifestyle, there would be a great deal to look forward to.

Similarly to its Spanish neighbour, Portugal has spent much of its early history in dispute. The Celts, the Suebi Germanic tribes, the Visgoths and the Moors, all occupied its territory, until eventually, following the Reconquista (the expulsion of the Muslim peoples), the country became a major economic, political and military force in its own right. 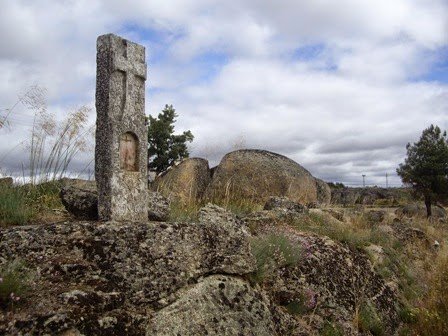 Prince Henry the Navigator is attributed with being the architect of Portugal’s ‘Age of Discoveries’ throughout the 15th century. During this period and in the centuries that followed, Portuguese ships explored more widely and deeper into the world’s vast oceans than any country before it. Crossing the Atlantic, it became the first European country to colonise Brazil, it established trade routes throughout southern Asia, as well as trade and diplomatic missions as far as China and Japan.

Whether the length of his real name and title, Infante Dom Henrique de Avis, Duke of Viseu, was just too difficult to pronounce by my school history teacher, I’d never heard of Henry the Navigator until I was well into my fifties. It was when one of my mates, Murray, introduced him to me, quite fittingly, in hindsight, over a delicious bottle of Portuguese port wine. Reminiscing about his experiences surfing in Sagres, he told me in passing, about the town’s seaside statue of Henry, with his finger, a bit like Murray’s own assertion at the time, pointing out to sea. In fact, Henry’s given nickname, ‘Navigator’, wasn’t even bestowed upon him until 400 years after his death. First coined by two German historians during the 19th century, it became popularised soon after by two British authors who used it in the titles of their respective biographies on the prince.


While perhaps just indicative of my own fishbowl History classroom at the time, Henry’s relative obscurity compared with other noted Portuguese explorers, such as Vasco da Gama and Bartolomeu Dias, has since reminded me of another less well-known local icon, the Volta a Portugal.