If being associated with the end of the earth isn’t foreboding enough, Fisterra is of course situated on Galicia’s Costa da Morte. Stretching along more than 2,000 kilometres of rocky coastline, from Malpica to Muros, this treacherous ‘Coast of Death’ was given its name as a result of the large number of shipwrecks – most likely more than 800 - along its shores. 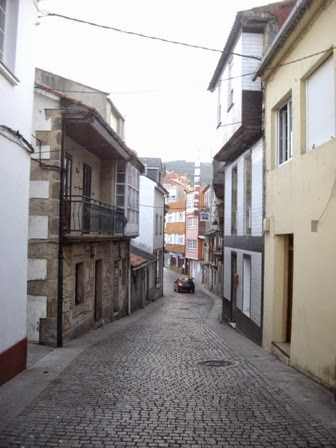 It was also the site of a terrible oil disaster back in November 2002, when a stricken tanker, the Greek-owned ‘Prestige’, on its way to Singapore via Gibraltar, spilled more than 60,000 tonnes of crude oil into the Atlantic Ocean. Despite the best efforts of Spanish, Portuguese and French authorities to have the doomed vessel towed further out to sea, the oil was driven back towards the coast by the strong winds and waves. It goes without saying, that the deadly cost on marine and bird life was huge, as it sadly always is with environmental disasters, while Galicia’s fishing industry was brought to a standstill for a number of years. Even today, after the clean-up which cost almost four billion euro, you can see remnants of thick black tar clinging to some of the rocks along the coast. 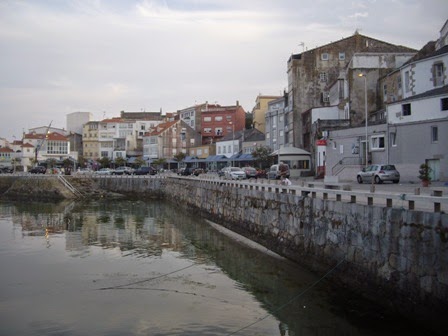 In human terms, prpbably the worst catastrophe to have taken place off the coast was the sinking of some 25 ships during the late 16th century. One hundred-strong, the Spanish fleet’s mission was to transport an expeditionary army to Ireland in support of an Irish insurrection against the British. Crushed against the rocks in a fierce storm, their sinking not only caused the death of more than 2,000 men but led to the expedition’s abandonment.

On the other hand, if you’re a landlubber, who’s content to stroll along beautiful beaches and cobbled laneways, or perhaps view a small harbour at sunset from the bottom of a wine glass, then Fisterra is the perfect place to visit. With a steep descent leading to its plethora of eateries along the water’s edge and the squawking gulls above, it reminded us of Robin Hood’s Bay, the quaint fishing village on the north-east coast of England.

Craving a superbly cooked meal of local produce, we spent our first evening dining at a seafood restaurant, ‘O Pirata’, just metres from the boat moorings on the harbour. Containing freshly caught sardines, squid and an assortment of shellfish, the seafood platters we ordered were a gastronomic delight.

Drawn to the port side cafés and restaurants like a moth to a flame, we returned just 24 hours later. Another place that caught our eye was the Italian restaurant ‘Peppone’. With its lively atmosphere and delicious food, served at an affordable price, it was full to its brim with an array of visitors from different parts of the world. Though difficult as it was to hear above the distinctive deep bass-baritone voice of Johnny Cash, it felt comforting to hear the English vernacular being spoken for the first time in a long while.