Cycling In Portugal: Luso to Tomar

To the south of the Buçaco Forest lies the small hillside town of Penacova. With its long-standing stone windmills overlooking the meandering Mondego River, it felt like it belonged to a more tranquil past than the frenetic tempo of the present day. But it didn’t take much more than a 20- kilometre ride to remind me that I was still travelling in the 21st century. Portugal’s medieval capital for over a century, Coimbra is the third-largest urban centre in the country, after Lisbon and Porto.

Like many strategic locations throughout the Iberian Peninsula, Coimbra has been a well sought after piece of real-estate throughout its near two thousand year history. Inhabited by the Visigoths during the early 8th century, it changed hands no less than three times over the next 400 years, until 1064, when King Ferdinand I of León and Castile, attained the territory at the expense of the disfranchised Moors.

Known for its Machado de Castro National Museum and venerated university, Universidade de Coimbra, one of the oldest in Europe, the city of Coimbra has become a showpiece of the country’s cultural, artistic and historical heritage. As well as exhibiting an array of significant sculpture and painting collections from the 14th, 16th and 17th centuries, the museum houses a maze of underground Roman passages containing an impressive compilation of sculptures and artefacts depicting the city’s humble beginnings.

Founded in Lisbon before being transferred to its current abode in 1537, Coimbra’s university stands imposingly on a steep hilltop above the city. At its feet lies a mesh of laneways that gracefully unravel on their descent towards the new town residing along the Rio Mondego. But it’s the city’s historical old (or upper) town that holds the most fascination for visitors. Its entrance and accompanying stairs, through which students and visitors have for centuries painstakingly climbed, is gained through the Arco de Almedina, a 12th century relic of the Moorish town walls.


The city is at its most lively during the academic year when the university’s 20,000 students, from as many as 70 different nations, frequent the old town’s cafes and bars. Residing in student houses (‘Repúblicas’), that have served them for centuries, it’s an equally common sight to see them wearing their traditional black robes and capes, which are often adorned with insignias representing their particular faculty. On the occasion of the Queima das Fitas (‘Burning of the Ribbons’), which on the first Friday of May each year celebrates the end of all student graduation courses, these insignias are burned as part of a giant spectacle lasting eight days.

Following the Cortejo, or burning ceremony, which is the climax of the week’s festivities, the thousands of students, many attached to elaborately decorated floats wearing the colours of their respective faculties, parade downhill towards the new town, or Baixa. 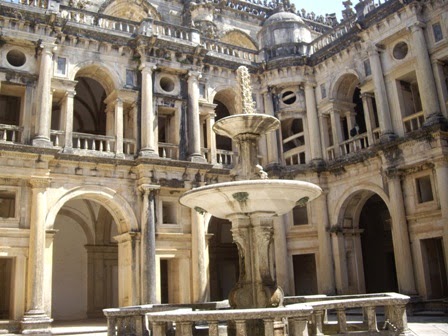 Easily distinguished by their top hats, walking sticks and raucous behaviour, many of the ‘newly liberated’ students use the occasion to get totally smashed. Nowadays, in their hurry to advertise their brand, the beer industry has become a principal sponsor of the increasingly popular annual event. While gaining additional patronage of young people from all around the country, and even from Spain, its surge in popularity has not only put a strain on local hospitals treating intoxicated students, but forced organisers to move its festival further away from its dignified origins. As a consequence, students from both conservative and leftist persuasions have, on occasions, criticised the commercialisation and ultimate modification of the historic event as a stain on its ‘mystique’ and traditions.