At the halfway point of my cycling journey, Roz and I spent a night in Hobart enjoying its rich blend of history, scenery and tradition. Australia’s second oldest capital city, it is nestled on the entrance to the Derwent River beneath the studded antenna summit of Mt Wellington.

Lured by the throng of restaurants around the city’s waterfront, we enjoyed a delightfully cooked meal at a cosy pub along Salamanca Place. A less frenetic version of Sydney Harbour, outdoor tables were full to the brim, as people made the most of a very mild Hobart evening. Later strolling along the city’s docks, we took the time to study the very unassuming statues recognising the accomplishments and bravery of those who ventured to the Antarctic. As a young kid, I still remember being captivated by stories and video footage depicting the ‘daring adventures’ of Mawson, Amundsen, Shackleton and Scott. Two decades before the first attempt to climb Mt. Everest, reaching the North and South Poles were probably the last bastions of land discovery.


Hardly comparable with the freezing conditions of the Antarctic, I was nevertheless heading towards Tasmania’s West which, from experience, has its own brand of wild weather. Having ventured to the south-west, usually on foot and around April, many times before, I struggle to remember wearing anything other than thermals and wet-weather gear.


December gave me a different impression, at least between Hobart and the interestingly warm and alluring small town of Hamilton. Straddling the Derwent River for some of the way, I briefly felt reminded of France’s Loire River valley. While the vegetation, of course, is quite dissimilar, my close proximity to the broad sweeping river, and the solitude provided by the absence of cars and extensive canopy of trees was reminiscent of a stretch of road between Nevers and Sancerre. The only things missing along the route were the historical towns with their Renaissance architecture and the odd nuclear power station belching thick grey smoke into the atmosphere.


While never far away, the river and I parted company, it just two to three kilometres to the south-west, and me, uphill towards a much drier landscape. Something of an oasis, the farming town of Hamilton had a bit to offer us; not least a delicious country lunch prepared by the convivial owner of its local inn, virtually the last building on the way out of town. Nestled in the Clyde River valley, the small town of 300 was once a popular settlement with several working breweries, a chain of hotels and a thriving illegal liquor trade. 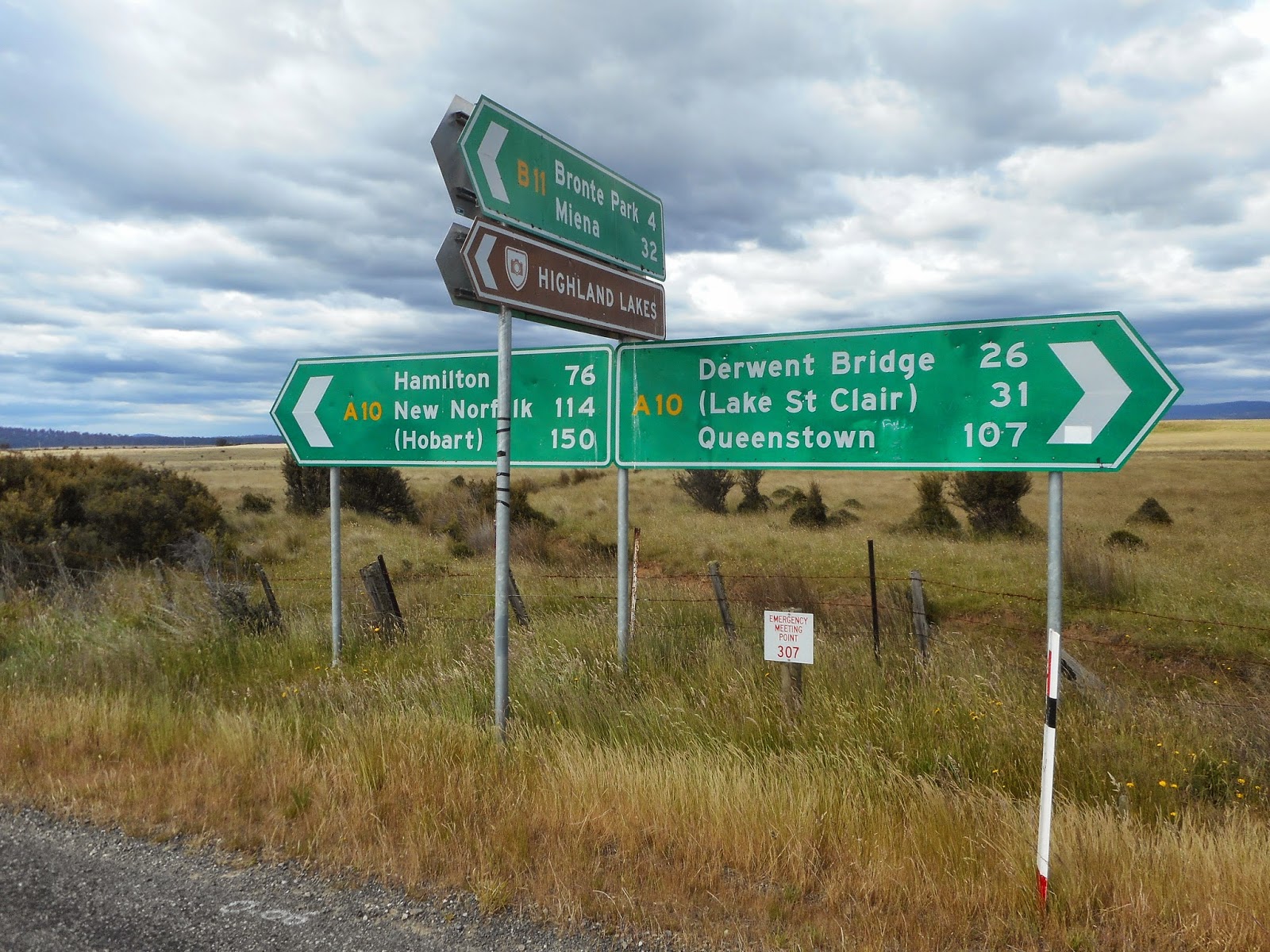 Despite being the one major road connecting Hobart with Strahan, in Tasmania’s west, the Lyell Highway, or A10, was bereft of cars for the remainder of the day’s ride. In fact, I just about saw more broken car parts strewn along the road than moving vehicles; discarded hubs, torn tyres, a distributor, as well as the obligatory worn radiator hoses and fan belts.


The other indellible memory of reaching the remote village of Bronte Park was the two long climbs, the first from Wayatinah, a former hydro construction village, and Tarraleah, another highland village with an industrial past. With its line of cottages that housed workers on one of Australia’s first hydro-electric schemes, it has today become a rather quaint destination for tourists.


While Bronte Park itself had none of the trimmings of our pleasurable experience in Hobart, the proprietors of where we were staying, at the Bronte Park Village, served excellent food, and even better beverages on tap. As I sipped on my second smooth pint of Guinness, I pondered the day’s events. I’d ridden along the graceful Derwent River, lunched in the quaint rural village of Hamilton and travelled safely along more than 150 kilometres of undulating and varying landscape. I had a lot to be thankful for.


'It is by riding a bicycle that you learn the contours of a country best, since you have to sweat up the hills and coast down them'.
Ernest Hemmingway