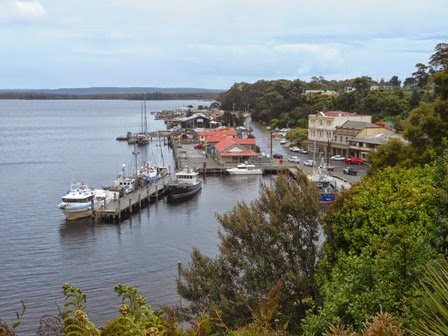 The sleepy fishing port come tourist town of Strahan was as relaxing as we expected it to be. There for two nights, it was a final opportunity to simply wander, on foot, through some of Tasmania’s most stunning wilderness. With almost 400 kilometres still to travel over the next three days, there’d be little opportunity to do anything more than just turn my pedals.

In many ways, Strahan’s history is a microcosm of wider Tasmania. Aborigines already living in the region were among the last to resist the eventual loss of their tribal lands. Between 1822 and 1833, a strict colonial penal settlement was established on Sarah Island, in Macquarie Harbour. Interning the worst convicts and those who had escaped from other settlements, it achieved a reputation as one of the harshest penal settlements in the Australian colonies.


Today, by comparison, it’s quite common to see catamarans cruising along the Gordon River or planes and helicopters soaring overhead. Access to the river, via Sarah Island is through ‘Hell’s Gates’, the entrance to the open sea beyond Macquarie Harbour. Ironically, it didn’t receive its name because of the treacherous waters off the west coast but rather from the original convicts who saw the channel as their ‘entrance to Hell’ on Sarah Island.

On our walk around the harbour, towards Strahan’s old-world railway station, we took a short detour towards Hogarth Falls. A 50 minute (return) stroll from town, we were led along an easy track - via ‘The People’s Park’ - through temperate rainforest. Despite being summer and barely a murmur up ahead, there was plenty of water gushing over the edge of the falls by the time we arrived.

Retracing our steps along Botanical Creek, which flows into Macquarie Harbour, we soon found ourselves at the remote railway station, the site of the West Coast Wilderness Railway. Travelling through verdant rainforest to Queenstown and back, the steam locomotive traverses as many as 40 bridges in its 35-kilometre journey. 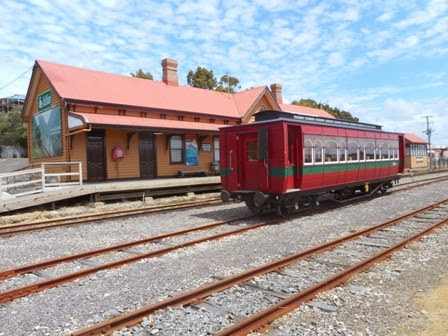 The railway is a reconstruction of the Mount Lyell Mining and Railway Company, which became the only means of transporting copper from the mine in Queenstown to the port of Strahan. Despite numerous surveyors of the time asserting that the feat was not possible due to the extremes of weather, weight of the load and mountainous terrain, operations began in 1897. The railway employed the Abt rack-and-pinion system along the steeper sections of the route, where loaded locomotives – those still used today – had to climb gradients of 6.25% (or 1 metre for every 16).


Gazing out our hotel window to the west, it was a little hard to imagine that beyond Macquarie Harbour's Hell's Gates lies Cape Horn, the next mainland thousands of kilometres across the Indian Ocean. It would be another world out there, certainly far more dangerous than the comfortable surroundings of the 19th-century pub we were enjoying dinner in. Thinking of the heroics of the explorers who made their treacherous journeys across the seas, my 84-kilometre-ride to Tullah, the next day, seemed quite insignificant.

‘It is the unknown around the corner that turns my wheels’.
Heinz Stucke