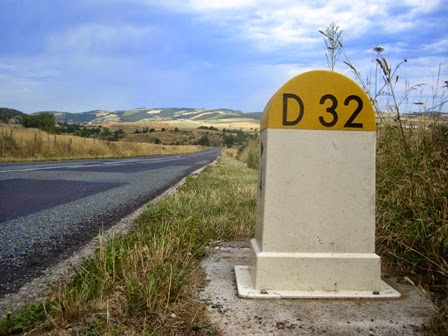 Today was probably the most satisfying day’s ride of my journey so far. Only one hundred kilometres and with a cool change imminent it turned out to be perfect riding conditions.

Just the same, with a relatively steep climb out of Lacaune-les-Bains, there was initially,  more  undulating terrain to negotiate along the way. Trucks too were in abundance along the narrow, winding road. 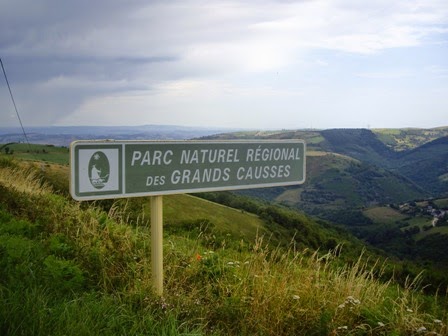 Reaching the top of a small col, the Col de Sie, I turned off the D607 onto the D32 towards the small village of Belmont-sur-Rance. Just moments later, spectacular views lay in front of me, as I descended ever so nonchalantly into the valley ahead. Just another example of the yin and yang of cycling, it was my payback for yesterday's late afternoon climb through the Monts de Lacaune.  Sweeping my way down the valley (du Rance), I was instantly reminded of how fortunate I was, at almost 60 years of age, to be travelling in this part of France for the first time and by my own means.


So much can be seen and felt when you're travelling on a bicycle. Freshly cut grass, chiefly yellow and green, looked like rolled out carpet following the road until it disappeared further down the valley. High on the rolling hilltops windmills gently whirred in the breeze, while  houses snugly sat on the manicured strip of green beneath them. 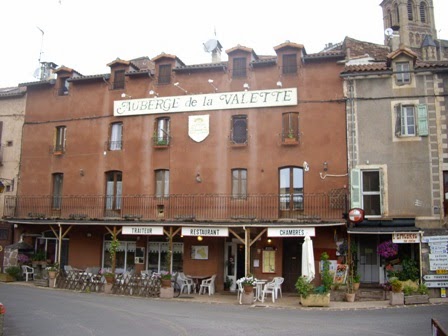 Mesmerised by the view and the breeze gently fanning my face, I felt I was back in northern England, and of all places, Fry Up Dale.  Don’t be misled by its unusual name, there’s more to Fry Up Dale than bad jokes about cooking bacon and eggs. Set amongst the breathtaking countryside that is home to the North York Moors, this patchwork quilt of green hedges, farms and stone fences and cottages, is one of the many stunning places you pass  on Alfred Wainwright's 300 kilometre Coast to Coast walk across England. 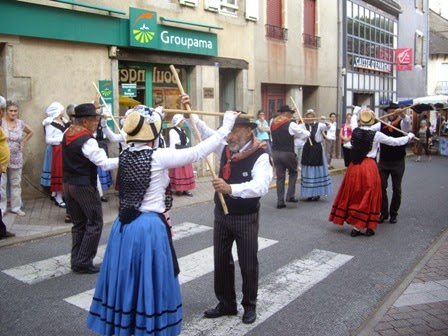 With my mind back in present day France, my thoughts turned towards finding our overnight accommodation at the Hotel des Voyageurs, in Pont-de-Salars. While there for just a brief stay, the small farming town of not much more than 1500 inhabitants, was a friendly and delightfully exuberant  place to visit. Known for its International Folk Festival, we were fortunate enough to witness the town in the midst of its summer festivities. A balmy summer's evening, its narrow inner streets were lined with colourfully decorated stalls selling a variety of home-grown produce, while elderly costumed folk dancers tapped each other's metre-long sticks to the beat of the music. Somewhat novel and entertaining, the evening's revelry was a brief diversion from the last few weeks of riding and the heavy days still to come.