Roz and I spent the early part of the next day-a supposed rest day for me-doing absolutely nothing, except sipping on café aulait and mulling over maps. It’s funny how your body, and mind, adjusts to the continual grind of getting up early and riding long distances every day, yet when given the opportunity you go into shut-down mode.

As urban as Royat felt - essentially a suburb of Clermont Ferrand - it sat on the very edge of the Monts Dome, a collection of volcanic domes of which the Puy de Dome, an icon of France's Central Massif is the highest.

Despite its short history, the Puy de Dome holds its own with many of the great Tour de France climbs, including Mont Ventoux, Col du Tourmalet and the Alpe d'Huez. First visited by the Tour in 1952, the Puy was one of three mountain finishes, each introduced to the race for the very first time. But, unlike most of the 'big' climbs in the French Tour, its dead-end summit reduced it to stage finishes only. Nevertheless, its excruciating final five kilometres, which spiral beneath its summit like the lines on a snail shell, have witnessed some of the most epic finishes in the race's history, notably Jacques Anquetil and Raymond Poulidor's titanic battle for the 1964 yellow jersey. Despite Poulidor gaining 42 seconds up the climb, Anquetil stayed with his French compatriot to hang on by 14 seconds. Many regard their side-by-side ascent up the Puy de Dome as the most tension-filled moments in Tour history. 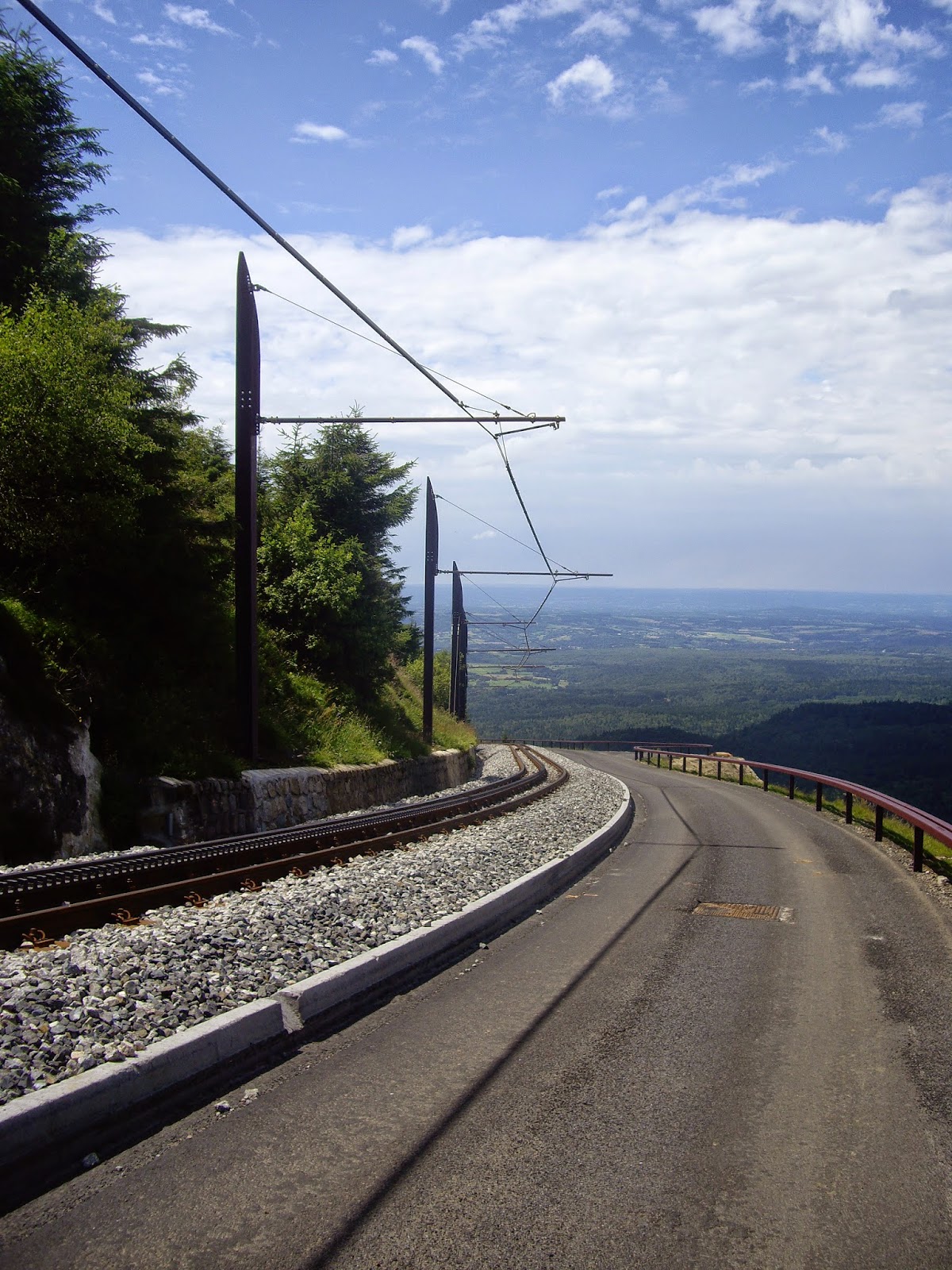 As I've mentioned in a previous blog - 'Sometimes Things DO go to Plan'- I've been fortunate enough to have climbed the Puy de Dome; on Saturday July 8th  to be exact. I remember the date vividly, as it's one climb I'm never likely to get the opportunity to do again.

While harbouring an ambition  to ride the circular road for almost a decade, I became confronted with the challenge of travelling its final 7 of 14 kilometres along a road that I, like all cyclists these days, wasn't allowed to be on. A red light, a closed gate and warning signs basically saying ‘no bikes’ were a somewhat stern warning that one shouldn’t proceed any further.

The road leading to the radio mast at 1,415 metres is little more than two cars width, made all the more claustrophobic by the funicular tramway that began carrying passengers up to the summit in 2012. Since its opening, visitors have been encouraged to come and enjoy the view, no less the bar and restaurant at the top, while cyclists have been made to feel less than welcome. Overcoming  the Puy de Dome's near8% gradient isn't the problem these days. It's more a case of being allowed to use the road in the first place. Apart from trespassing (as I did) during the very early or late hours of the day, the best cyclists can hope for is to climb the lesser known Col de Ceyssat close by. 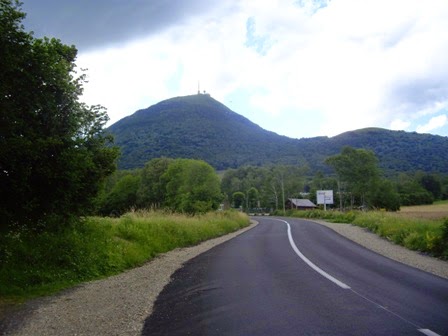 As far as summit finishes are concerned, the Puy de Dome, like Mont Ventoux, is (or was) the star attraction of its region. Almost arrogantly, its radio antenna, perched high above the surrounding landscape was in view well before any serious climbing had begun. It's been almost four years since my solo climb and I'm still wondering if the road will ever be re-opened to cyclists, and indeed the Tour. Imagine the furore if cycling junkies, particularly the locals who inhabit the surrounding villages around Provence's icon, Ventoux, were not permitted to climb up its multi-antenna summit. It will never happen; and one can only wish that it never happened to the great Puy in the sky.