The next day’s ride to our accommodation at Ivry-sur-Seine was not quite the nerve-tester I imagined it would be. That’s not to say it didn’t have its hidden obstacles along the way but the occasional bike path and quiet roads through forest and along the River Seine, made me feel confident that I’d  make it without too much grief. It also helped seeing many other cyclists along the way. Most seemed oblivious to the passing cars and trucks that moved in waves according to the vacillating nature of the traffic lights. 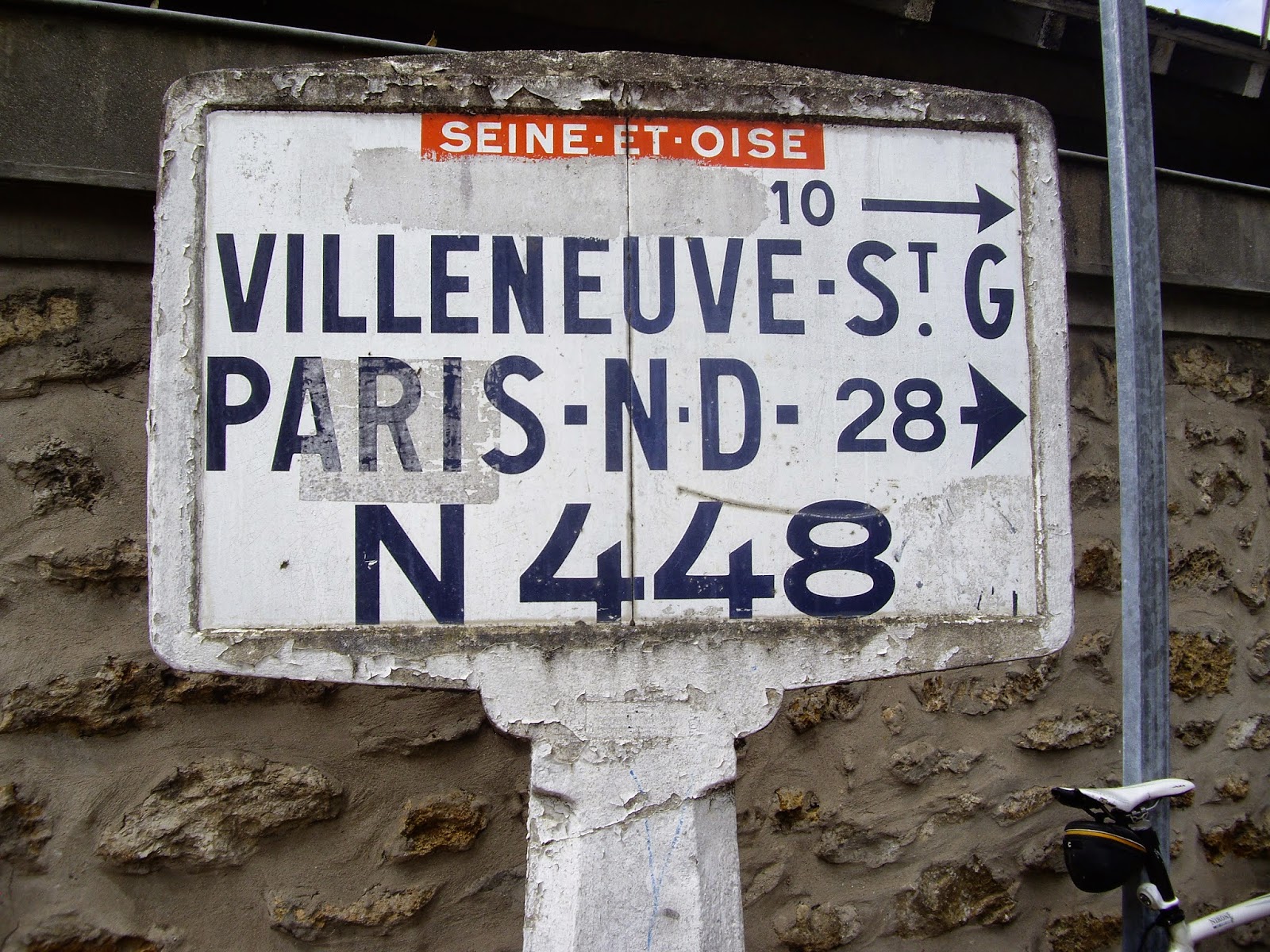 The D346 from le Mee-sur-Seine towards Corbeil-Essones was a much quieter thoroughfare than it looked just 15 hours earlier. Soon I was passing through spacious fields of yellow and green on my right, while the Seine was never far from view to my left. Just as relaxing was the D448, which for a short while straddled the Foret de Senart. Another favourite hunting ground of the long line of French kings, it is one of the oldest and most extensive forests in the country. Due to its close proximity to the capital, less than 40 kilometres, it's seen as the green-lung of Paris' southern suburbs. Containing large populations of deer and wild boar, 26 varieties of trees and more than 800 natural ponds, it receives almost three million visitors each year.
Accommodating walkers (along its 150 kilometres of walking path), hikers, riders, joggers and roller-bladers, not to mention the huge amount of sightseers and picnickers, park authorities face a constant challenge each year of having to cope with its growing numbers. Chronic pollution from stormwater runoff from parking lots is on the increase, as well as vandalism and the dumping of rubbish. Moreover, as I was soon to find out for myself, the National 6 road, with its tell-tale signs of excessive speed, heavy traffic and its own mix of carbon-monoxide and noise pollution, also borders the forest.


The N6, the smaller D roads and the patchwork of side streets in between, were now all that remained between the south-eastern Parisian suburb of Villeneuve-St-Georges and refuge at  our accommodation at the 'City Residence Ivry'. Having to stop at the never-ending number of traffic lights along the route, made the going much slower. Thankfully, they at least kept down the speed of cars and trucks, whose grimacing drivers had little road out in front of them before they themselves had to come to a stop. 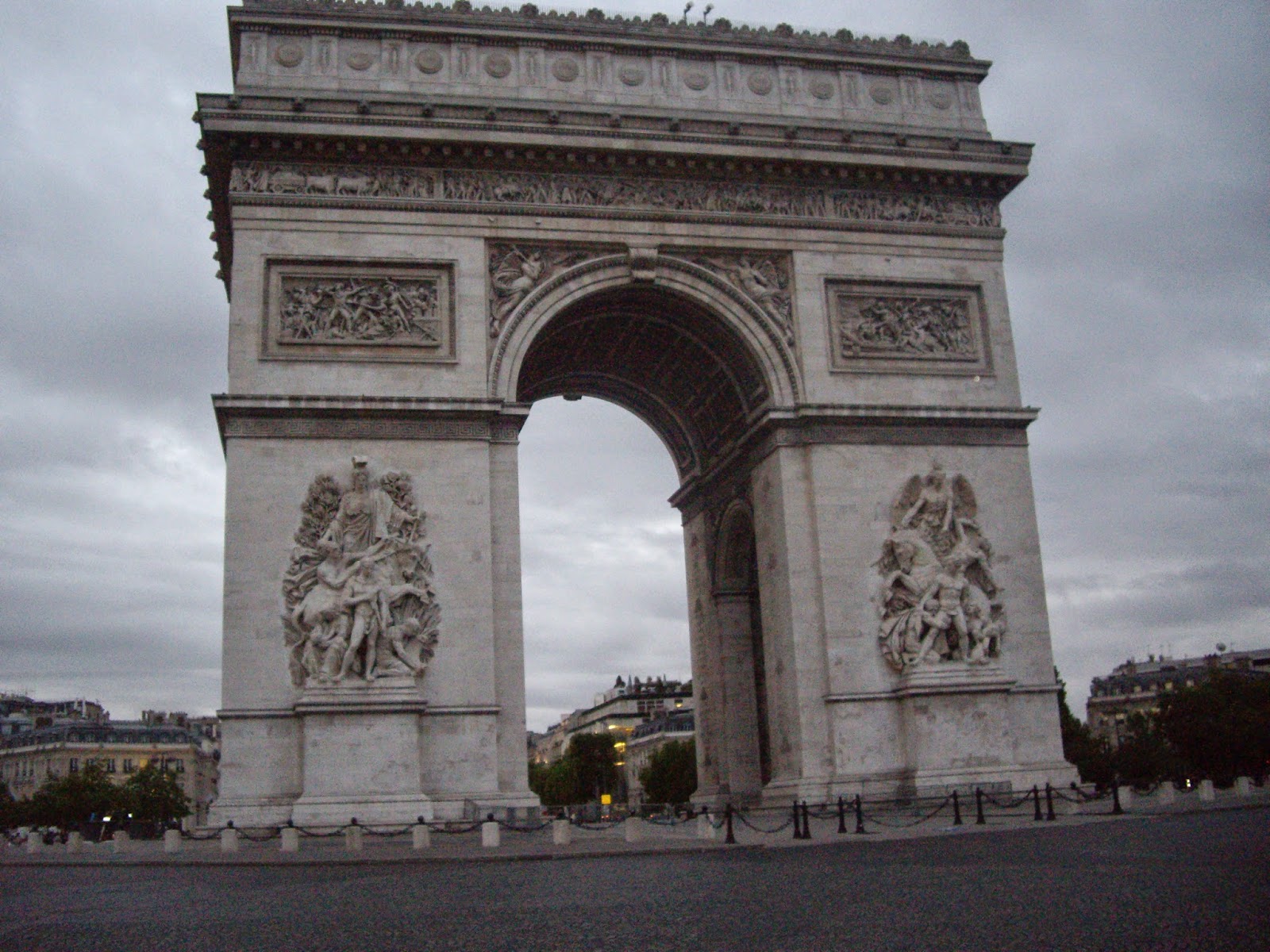 Despite losing my way for more than an hour, a rather typical occurrence of my first experience around the country, the advice of a good half-dozen local Parisians helped me arrive at our accommodation much earlier than Roz, who by her own calculations had less than an hour’s drive on the Autoroute.   Needless to say, her 60 minute drive turned into a four-hour odyssey trying to find the right road to set her free from the sweaty seat of our rented Volkswagen car.

Later that evening, inside our much longed for Japanese restaurant, we were finally able to laugh about the day’s proceedings. It’s amazing what a sashimi steamboat and some Japanese saki can do to convert a negative mindset into a positive one. Besides, I was still looking forward to completing my cycling journey early next morning; a short ride to the Arc de Triomphe, followed by a celebratory, though, somewhat perilous, I imagined, circumnavigation.