Our Overnight Stay in Belleville-sur-Loire 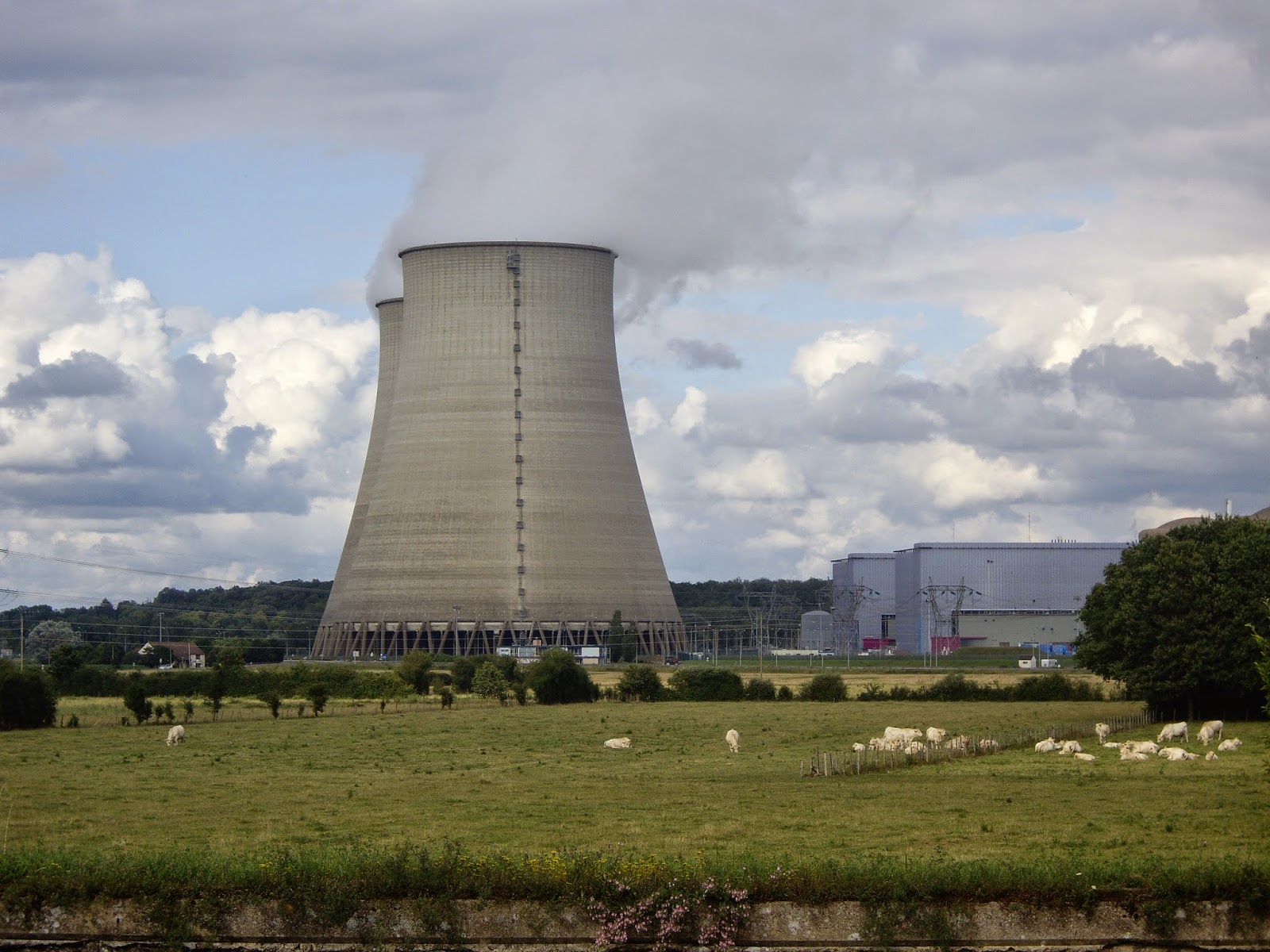 Apart from the peaceful canal running parallel with the road, there isn't much to get excited  about at Bellville-sur-Loire. That's of course, unless, you are one of the 600 or more employees at the nuclear power station across the river.
Call me naïve but still 15 kilometres away, I had little idea that the puffy, white clouds hovering above the diminutive farming village were plumes of smoke. Otherwise a cloudless day, it took me until I saw the two giant cooling towers with my own eyes that I realised that even stately rivers like the Loire are not beyond exploitation. The river's water is used to feed the nuclear reactor's crucial cooling system.

The belching smokestacks reminded me instantly of our introduction to Italy - on our way to Turbigo to be exact - just four years earlier. .....Our first night’s stopover, in Turbigo, 30 kilometres west of Milan, wasn’t quite the experience we’d expected. In our search for cheap accommodation, we’d been enticed by the 50 euro per night price, which seemed reasonable compared with most of the alternatives available on the internet. Located along the bank of the Naviglio Grande, we envisaged a tranquil setting combined with tastefully modern Italian architecture.

As we drew closer to our destination, the view was interrupted by three thin circular chimneys. Almost surreal, they turned out to belong to Turbigo’s thermal power station which discharges significant amounts of fossil-generated emissions into the environment. I said to Roz, who like me was bemused by the red and white bands around the top of each chimney, “If we wanted to be reminded of hazardous pollutants we would have pitched a tent at Coode Island,” Victoria’s main petrochemical storage facility, back home in Melbourne.

It took another hour to find our accommodation, which was tucked away in a very obscure position on the edge of town. Put off by the derelict buildings that surrounded it, we sat there for a long 10 minutes pondering whether to venture inside, or to just keep on driving. But anything was better than spending more time in the car searching for a place to stay.


But first impressions aren’t always right. We were greeted in the colourfully decorated foyer by a character who looked and spoke a great deal like Don Corleone, of The Godfather fame. All that was missing was the cotton wool stuffed in the side of his mouth; he certainly had the barely discernible mutterings down pat. Turns out he was the hotel chef, and as we later learned, he cooked an excellent pizza. With hardly a murmur of Italian between us, we had no words to communicate our intentions, though somehow the Don understood that we had a booking......Lycra, Lattes and the Long Way Round. 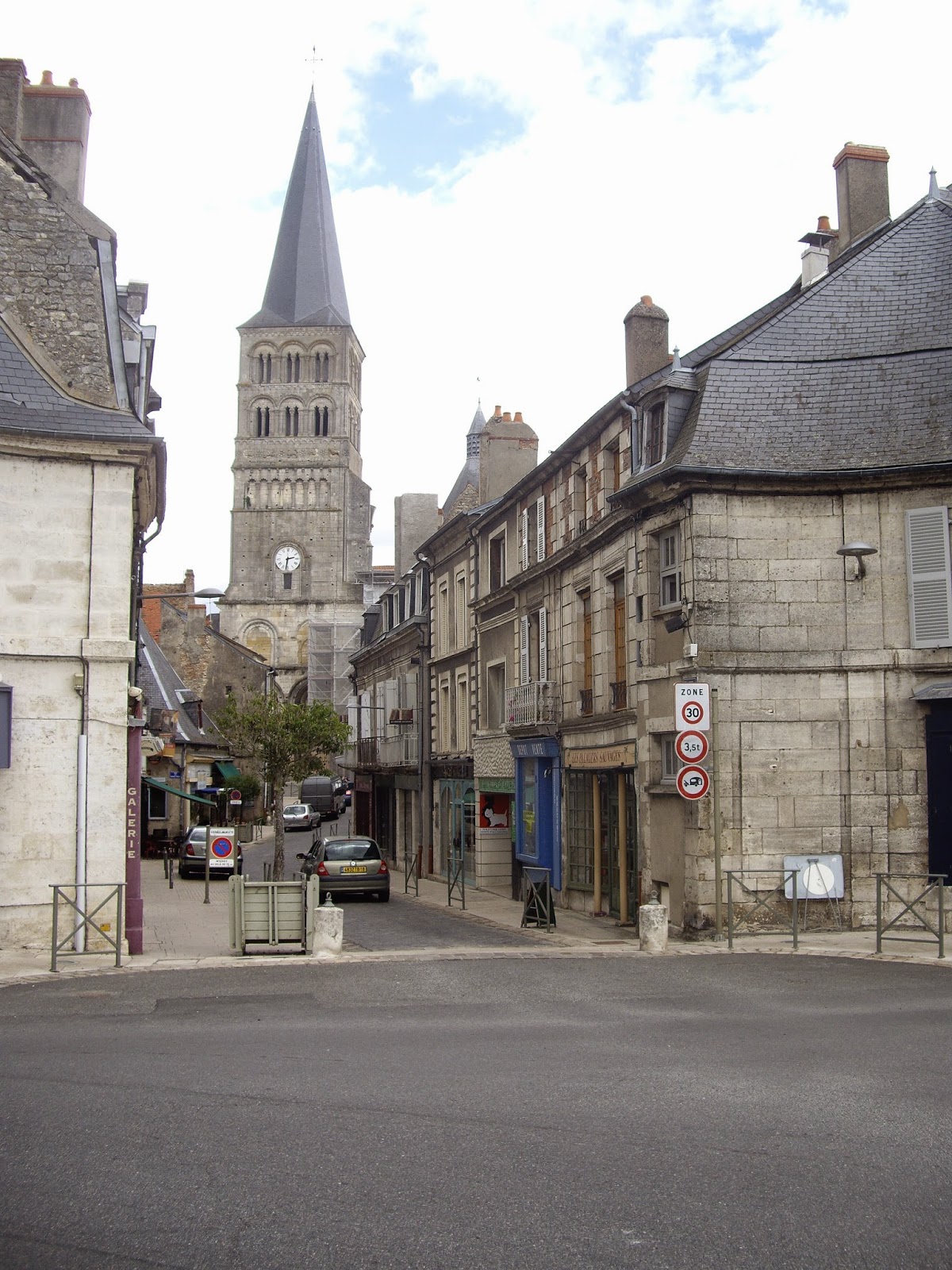 With few available options in the village, we headed back to the decidedly larger town of Cosne-Cours-sur-Loire for dinner. But not before visiting the local coiffure (barber) for a well overdue haircut. A very friendly and impeccably spoken young fellow, the barber talked incessantly as he tidied up the few remaining hair follicles around my cranium. He spoke of how he and his wife loved to travel but not, at least yet, to countries like Australia because of the expense. He'd also seen little of his own country, preferring instead to visit countries like Portugal, Spain and even South-East Asia which were much cheaper than travelling in France. As for the locals who been living in the village for a long time, few travelled to other places at all. I later pondered that this undoubtedly accounted for the two indispensable venues in town, the local supermarket and the barber shop.