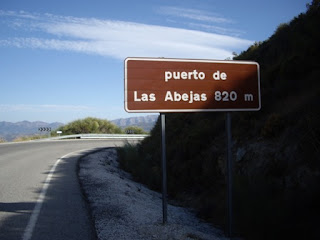 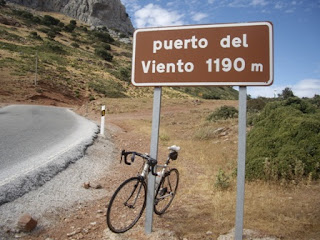 Nestled amongst the peaks of the Serranía de Ronda are two more small climbs, the Puerto del Viento (1,190 metres) and the Puerto de LasAbejas (820 metres). Like an inverted arch, they rise above the casual gait of the Rió Turón, which nonchalantly wends its way through the village of El Burgo during the hot summer months.


Feeling as calm as the river I’d recently crossed, I was suddenly roused by the reverberation of music somewhere in the distance. With nothing evident, other than a dry open landscape, no matter which direction I looked, it was the last thing I expected to hear. But I only had to roll a further 400 hundred metres down the road to soon realise that the sound was coming from deep inside the bowels of a stately cattle ranch. There were as many cars parked along its acres of frontage as you’d expect to find in an inner-city parking lot. 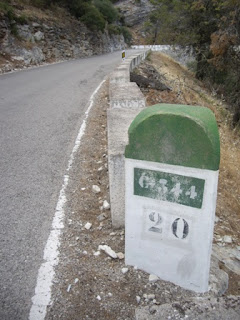 Remote and an incredibly long distance from the road, it was rather bemusing to recognise the sound of ABBA’s hit song from the 1970’s, ‘Dancing Queen’. A past ABBA fan but only in small doses, Dancing Queen was not exactly the kind of tune I ever envisaged carrying around in my head through the high plains of Southern Spain. Repetitive, corny and positively difficult to wipe from my mind, I became tormented by its incessant lyrics for the next 30 kilometres, all the way to our overnight accommodation in Alora. 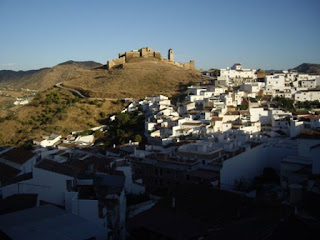 It wasn’t until I began climbing up towards the village’s steep summit that life returned to normal. Dancing Queen was gone, instantly replaced by the more chronic, familiar and even welcoming pain caused by the sharp rise in altitude.