Just recently, Roz and I happened to find our way back in Lagos. This time I wasn't riding a bike, and I wasn't lost, frustratingly mulling over my map to find the right road-link out of the city. We were instead returning from an extended walk through Portugal's Algarve and Alentejo regions along the Rota Vicentina, a shorter version of Spain's Santiago de Compostala, a trek that is gradually gaining in popularity, particularly amongst Dutch and German backpackers.

The evening before catching a bus back to Lisbon, we ate outdoors at one of the hundreds of available cafe-restaurants along the city's tourist-driven ruas and squares. Sitting at a table next to us was a young German couple from Munich. Their names were Isabelle and Stefan, and thanks to their impeccable English, we soon learned that they were here for a short visit before returning back to work and the other normalities of life. Despite the age difference, they were more than happy to engage in some jovial banter over the next two hours.

Stefan regaled us with some of his experiences on his four-month 'Rites Of Passage' tour of south-eastern Australia as a 20 year old. Keen to return one day, he related many vivid memories of places he visited that even we, as Australians, knew little about.

Lovers of anything outdoors, they were both avid cyclists and rock-climbers, who often travelled from their home in Munich to scale small mountains in the German Alps. One of the numerous topics of conversation that came up about mountains in the European Alps was the tragic story of Bavarian climber Toni Kurz and his three compatriots who perished on the north face of Switzerland's Eiger.﻿﻿﻿﻿﻿

Also known as 'The White Spider', due to the snow-filled 'spider legs' that radiate from an ice-field on a portion of the mountain’s upper face, the Eiger drew not only climbers but tourists who rather ironically, could view the torturous struggles of young men from the comfort of a restaurant or watching platform. 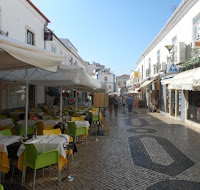 Already a memorial for young mountaineers as recently as the year before, Kurz and his team of three climbers, fellow Bavarian Andreas Hinterstoisser and Austrians Willy Angerer and Edi Rainer, began their ascent in late July 1936 in what was at best, unreliable conditions. Bombarded by bad weather and rainfall as early as the second day, the conditions, along with a shoulder injury to one of the climbers, Angerer, forced them to backtrack down the mountain.
In a deadly combination of fate and human error, the party were prevented from descending any further along the route they'd climbed. A normally impassable section of icy rock-face that was successfully traversed on the ascent - only due to the ingenuity of Hinterstoisser, in what became  as the 'Hinterstoisser Traverse' - proved impossible on the way down. Ironically, had the rope been left attached after the climbers' earlier ascent, it would have provided their lifeline to the bottom of the mountain.
﻿

With little option but to abseil down the mountain's vertical face, Kurz and his ill-fated team were caught in an avalanche. The unclipped Hinterstoisser, who had just set up the last stage of the descent, immediately fell to his death, his body found at the bottom of the mountain days later.

Kurz, the only remaining survivor from the avalanche, hung from his rope, while his remaining comrades, dangled limply on the same line. Later that day, a Swiss team from Eigerwand railway station, attempted to rescue the exhausted and close-to-freezing climber but the threat of further snowstorms forced them to abandon any attempt until the next day.

Returning early the following morning, the Swiss guides arrived to find Kurz barely alive, but alive he was in the still avalanche-prone conditions. Voices in an English fog, they were close enough to communicate with the determined Bavarian, who despite a frozen arm and hand, had managed to cut himself free from the other two climbers and haul himself up the mountain face as far as an unclimbable overhang. Tying two ropes together, his ‘rescuers’ were able to attach a line long enough to reach the stricken climber who tried in vain to abseil towards them. Only metres below, they were now so close that one of them, standing on another’s shoulders, could touch the climber’s crampons with his ice-axe, yet tragically no further.
As if nature and mankind’s progress were conspiring against those who dare to push the limits too far, the luckless Kurz was unable to pass the knotted piece of rope through his carabiner. Trying in vain until he could try no more, with his rescuers still only metres away, he ultimately resigned himself to his fate, uttering the words “Ich kann nicht mehr” (“ I can’t (go on) anymore”).

Still hanging, his body was later recovered by a German team. I first learned of Kurz story from a fellow cyclist, while riding in Austria. Heartbreaking, depressing but inspiring at the same, it has fascinated me ever since. I sometimes think of his story while climbing my own mountains, physically and metaphorically. What does it mean to me? Simple, life is a gift and never give up’.