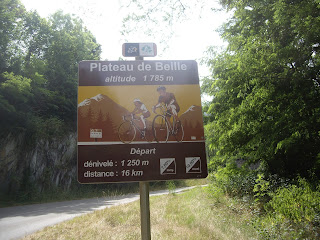 
Regarded by some as every bit as tough as Mont Ventoux, the climb up to the 1,780 metre summit of the Plateau de Beille is a formidable challenge. While 6 kilometres shorter in length from the Mont's most difficult side, Bedoin, it is marginally steeper at a touch under 8%. 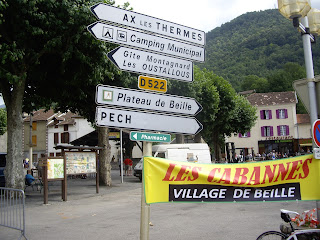 Accessible via the D522 towards Les Cabannes, the climb up to the ski-station has served as a regular stage finish to the Tour de France since 1998. That was the year that the 'Pirate' Marco Pantani won the first-ever stage up the mountain, along with the General Classification just 11 days later. Most likely an assertion of strength by the winning rider, of the first four of the Plateau de Beille's 6 appearances, the stage winner was wearing the yellow jersey by the time the Tour reached Paris. Ironically, two of these belonged to Lance Armstrong (in 2002 and 2004), who as we know, had his titles removed in 2012. The climb's most recent appearance, its sixth, was no less than 3 weeks ago when Spanish rider, Joaquim Rodriguez won the 195 kilometres stage 12race from Lannemezan. 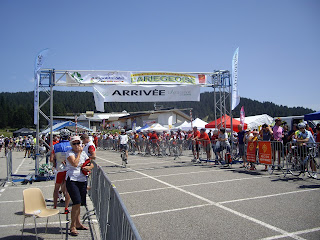 A sharp right-hand-turn out of Les Cabannes, followed by a left, and you're almost immediately working hard up an 8% gradient. But its the steady, straight road (just like the last few kilometres up the Col deMarie-Blanque) that makes the climb up the Plateau de Beille such a hard slog. Covered in shade for most of its first 12 kilometres, the remainder by comparison, offers no respite from the hot summer sun.


A hallmark of the climb are the views along the way, should you have the energy and inclination to bother. Four kilometres into the ride the mountain landscape dominates the skyline. Then another, and you're gazing over the Ariege valley below. 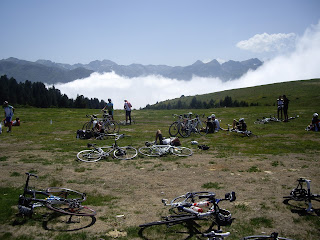 Averaging around 9%, the steady gradient and sweeping hairpins are now the norm. Relentless, it's not until you're out of the trees that you finally begin to feel that you're edging closer to the summit. Fuelled by the barren landscape, the Tour graffiti and the flat section of road, you're almost tricked into thinking you're just about there. While your aching limbs hope you are, your head tells you that like just about all the 'tough' climbs, you don't get off that easy.


One last kilometre, at no less than 11%, and you've finally arrived at the Plateau de Beille's vast tarmac that spends its winter accommodating downhill skiers rather than cycling masochists.
Books by Mark Krieger: