What a beautiful and sunny day it was up on Arthurs Seat this afternoon. It was somewhat spoiled however, by the number of petrol heads trying to imitate their VA Supercar heroes who’ll be driving at Bathurst early next month. By comparison, there were the majority of drivers who didn’t mind slowing down for a few seconds while cyclists and 61-year-olds like me, pedalled slowly around a hairpin bend.

It reminded me of one particular day in France when I began my journey through the Alps. It was my final climb of the day, up the Col de Turini. 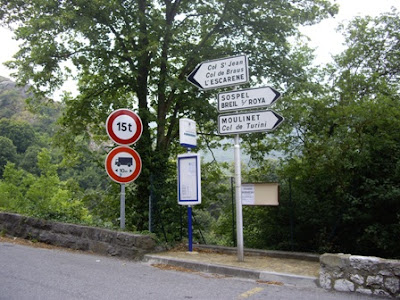 From the top of the Col de Braus, I found myself on the rather tired, neglected, and more noticeably remote D54, which took me over two more small cols, the Col de l’Ablé (1,149 metres) and the Col de l’Orme (1,005 metres). It had a rough and pothole-patterned surface, but the canopy of trees that accompanied the narrow road for most of its length made it the most enjoyable part of the day’s ride. It also led me to the D2566, and my final climb of the day, up the Col de Turini.
Besides hot Sunday afternoons, where imbibing drivers forget they have a vehicle to return to, the only time I feel a little anxious at home on Arthurs Seat is the time between Boxing Day and the first two weeks of January. That’s when many aspiring Formula 1 drivers come roaring up and down the mountain as though competing for pole position in the Melbourne Grand Prix. It’s mayhem. 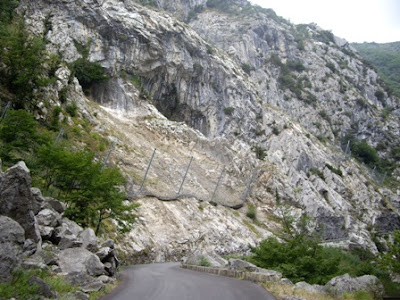 What Arthurs becomes during these three weeks, so it seems the Col de Turini is most weekend afternoons. The climb winds, at an average gradient of 5.2% along stretches of perfectly zigzagging road. It is an absolute mecca for cyclists, and evidently for car enthusiasts as well. But invariably, the two don’t mix. 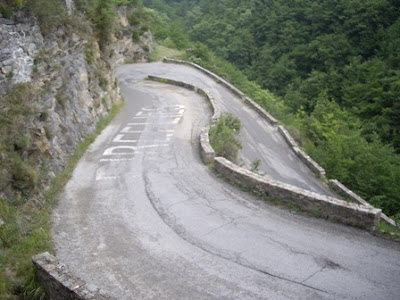 Little more than a few minutes into the climb, the stillness and serenity were broken by the sound of reverberating car engines below me, about 20 of them. They looked an ominous sight, each one hot on the heels of the one in front. You could hear each vehicle’s acceleration on every straight, followed by the synchronised screech of brakes as it hit the corner. I’d avoided trucks, traffic jams, motorbikes, mopeds, cattle, barricades, just about everything you could imagine. The last thing I expected was a speedway full of petrol-heads. There was nowhere to hide and little I could do other than simply swallow my pride, get off my bike, stand as close to the side of the road as was humanly possible, and cringe as each one sped past.
Gone in 60 seconds, the cars were soon nothing more than a bad memory. I was again riding along a tranquil road. The lacets had disappeared, and with them the severity of the gradient. Soon I was standing outside our evening’s accommodation at the Hotel les Chamois, right at the very summit of the Col de Turini. Like the genie out of the bottle it literally appeared out of thin air. Roz was nowhere to be found; she was temporarily lost and with diminishing fuel supplies, somewhere along the road between Sospel and L’Escarène. Unable to offer any more than my token concern over the phone, all I could do was wait—and indulge myself in a few French beers—until she eventually arrived.
Books by Mark Krieger: