The Vuelta a Espana: My Ten Most Difficult Spanish Climbs: No. 6 - Collado del Canto and No.5 - Puerto de la Bonaigua 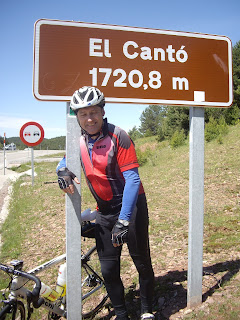 
Like the Tour de France, the Vuelta a España has a rich history of epic battles, miraculous feats of courage and endurance, and its own share of tragedy on its formidable slopes. Travelling along the N-260, which becomes the C-28, towards Vielha, you’ll find the twin towers of the Collado del Cantó (1730m) and the Puerto de la Bonaigua (2072m). Like their close French neighbours, the Col du Tourmalet and the Col d’Aubisque, these two Spanish giants are often featured when the Vuelta arrives in the Pyrenees.


The easier ascent of the two, though both are category 1 climbs, is the Collado del Cantó. Beginning at the tiny village of Adrall, it climbs for over 26 kilometres along a quiet, wide open road, at a comfortable 4.2% average gradient.


Still early morning, conditions were cool and I was keener than ever to wend my way up my first Spanish Pyrenean mountain. With nothing above 8% and with numerous short plateaus of sorts along the way, there were plenty of opportunities to soak up the rural views in the distance. Nearing the summit and with the gradient easing, I was alert enough to notice a road escaping off to my left. It led to another small village along the N-260, Guils del Cantó, perhaps distinguished most of all by its meagre array of buildings clinging to the steep ridge less than 200 metres below.


As if by design, Roz drove passed me in her shiny-red rented Peugeot. Only a few hundred metres or so from the crest of the mountain, she stuck her head out of the window and gave a howl of excitement. While I didn’t quite have the energy to reciprocate her enthusiasm to the same level, I inwardly felt the same sense of jubilation for having reached the top of the climb. Gazing through the haze while sipping a drink on the mountain’s broad and heavily-exposed summit, I had a lot to be thankful for. 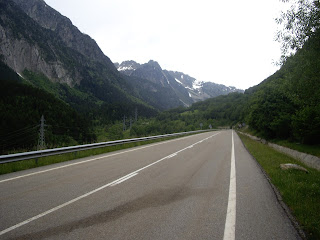 At the base of the Collado del Cantó is the village of Sort. Renowned for its river rafting it’s not quite as well known for its supposedly disproportionate amount of lottery winners. In Catalan the word sort means ‘luck’, hence its local lottery shop La Bruixa d'Or (‘The Gold Witch’), has taken advantage of the town's name to advertise itself on the Internet, both within Spain and overseas. 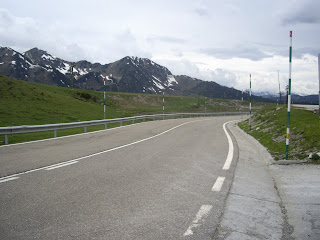 Sort is also at the intersection where the N-260 meets the more winding C-28, which gradually rises for the next 25 kilometres, along the banks of the river Noguera Pallaresa, towards Esterri d'Àneu. It’s here where the river and the road part ways as the bitumen starts its 23 kilometre journey up to the summit of the Puerto de la Bonaigua.


Accompanied by a new wayside stream, the Riu de la Bonaigua, the road up the pass meandered deceptively along protracted straights and bends. The average gradient up the first two-thirds of the climb is 4.4%, yet it felt significantly steeper along some sections. The views were impressive, once above the abundant lines of birch, fir and pine but soon, with 7 kilometres still remaining, the road transformed its ungentle character once again. The elongated stretches of bitumen became half-circled switchbacks necessary to accommodate the steady rise in gradient. 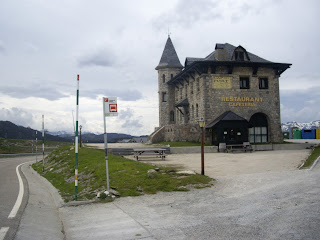 Finally at the summit, with most of the day’s hard climbing done, I had plenty of time to appreciate the vastness and solitude of my surroundings. The triangular-shaped peaks were made even more imposing by the welts of snow still clinging, like barnacles on a ship’s hull, to the near-naked rock.

Next:  My 4th Most Difficult Spanish Climb - Calar Alto