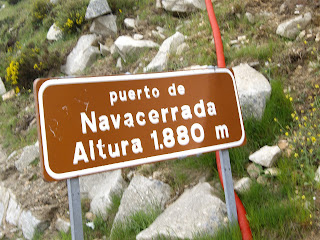 I can't wait for tonight's SBS coverage of the penultimate stage of this year's Vuelta a Espana.  The 176 kilometre stage from San Lorenzo de El Escorial to Cercedilla, involves four category 1 climbs; two ascents of both the Puerto de la Morcuera and the Puerto de Navacerrada.
Underdog Dutchman Tom Dumoulin, who is just six seconds ahead of race favourite Fabio Aru, is all but one stage from pulling off an unlikely victory. It promises to be the most welcomed win since Cadel Evans stood on the podium in Paris in 2011.
While I've never ventured more than 300 metres up the Bola del Mundo, I've been fortunate enough to have climbed up to the pass where  it begins, at the top of the Puerto de Navacerrada. It lies in the heart of the Sierra de Guadarrama, an easy 30 kilometres from the historic town of Segovia.
...The climb up the Puerto de Navacerrada first featured in Spain’s Vuelta way back in 1941. That year marked the race’s reintroduction, after the Spanish Civil War. Unsurprisingly, a total of only 32 competitors took part, the smallest number of participants since the race was first introduced, in 1935.Quite fittingly, it was won by a Spaniard, Julián Berrendero, who’d spent 18 months in an internment camp during the war...
Lycra, Lattes and the Long Way Round
Like the Vuelta, my ascent up the Navacerrada was from the town of Cercedilla, a climb of almost 18 kilometres, with a 5.3% average gradient. I likened it to climbing up to Falls Creek back home in Victoria, just not nearly as steep as you approach the top. Scenery-wise, it's nowhere as beautiful as the Lagos de Covadonga, nor as mystical as Angliru, but it's enjoyable.
Though I'm sure, the Vuelta's peloton will have more on its mind tonight than the scenery, particularly those vying for a podium finish. 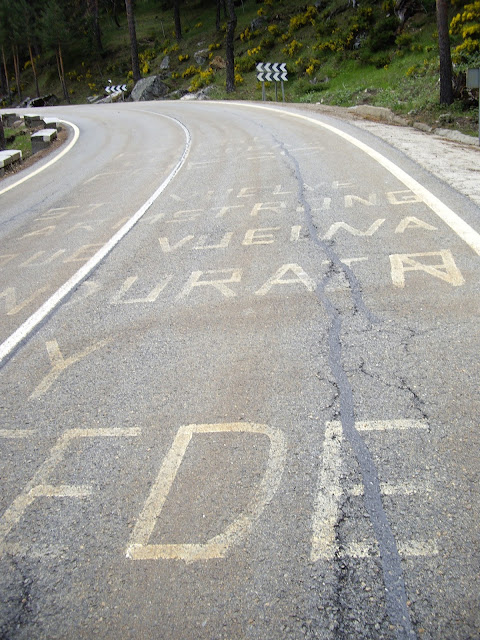 Next:  My 3rd Most Difficult Spanish Climb - Lagos de Covadonga