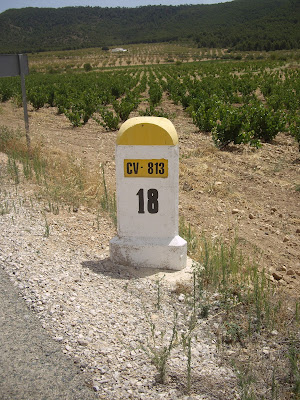 My route through the province of Alicante, towards the rural town of Moixent-Mogente, 120 kilometres further north, was more scenic than the austere landscape I’d experienced over the last few days. The Andalusian and Murcian Badlands had all but disappeared, replaced by olive groves, grapevines and fields upon fields of sunflowers. Here the undulating road wound its way through a valley surrounded by sierras, each a thousand metres tall. I could have been riding through the magnificent Franche-Comté wine region in eastern France but for the stifling heat and humidity.


Alicante’s interior has experienced a steady growth in popularity, largely due to the explosion of tourism since the 1960’s and 70’s along its White Coast (Costa Blanca). One of Europe’s most heavily visited areas of coastline, as many as six million tourists flock to its villa apartments and high-rise resorts each year. With little room for further expansion, new residentials have gradually penetrated further inland, even as far as places like Villena, Pinoso and the fortress town of Castalla, less than an hour’s drive away. 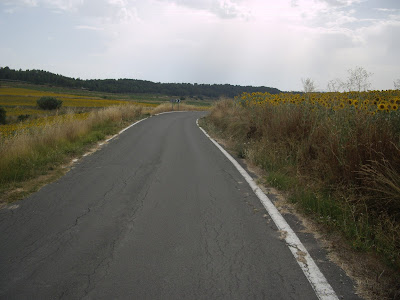 Many of Alicante’s towns and villages are well-known for their Fiesta de Moros y Cristianos (Moors and Christian festival), celebrated over a few days between the months of February and October each year.

According to popular tradition the festivals commemorate the Reconquista, embodied by 700 years of conflict between Muslim and Christian rule.


Hundreds of townsfolk dress up in elaborate traditional costumes and parade through the streets before re-enacting well-known battles between the former protagonists. With no expense spared, Muslim warriors carry scimitars and shields on the back of elephants or camels, while Christians dressed in fur, armour and metallic helmets ride on horseback. 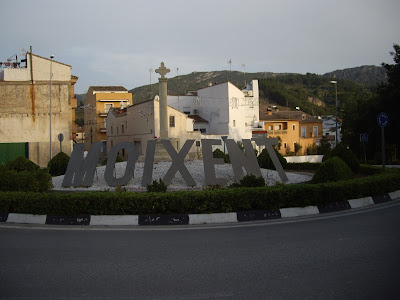 The morning of the final day’s festivities often represents the capturing of a Visigoth city by the Moors, before the subsequent reconquista. By late afternoon, engulfed in a grey veil of smoking gunpowder, the tables are turned and the Moorish castle is surrounded.  In a far less solemn atmosphere than just six centuries ago, when Muhammad XII reluctantly handed over Granada to the Catholic monarchs, the Christians win their simulated battle with a backdrop of medieval music and fireworks.