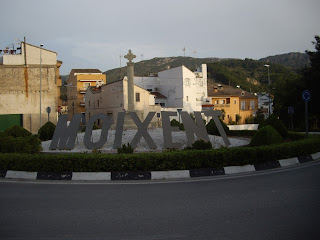 I’ve always enjoyed studying maps. A wealth of information, they provide a colourful window of opportunities to explore the real world. The only problem is, poring over a smorgasbord of place names, wriggly lines and symbols in the comfort of a lounge room couch, is but scant preparation for the real journey ahead. And when it comes to negotiating an unfamiliar cycling route, it’s almost always more complicated than it appears on paper.


Needless to say, my chosen route from Moixent-Magente towards our two-night stay in Cheste was much longer and more strenuous than I envisaged. Nevertheless, sometimes the experience is worth the additional effort and inconvenience. Today’s ride, though unremarkable but just a little different, was just that.

Keen to remain as far away as possible from the Autovia de Levante which spans Spain’s busy east coast, I headed west over the Sierra de Enguera towards a chain of small villages that make up the Canal de Navarrés. An hour’s drive south of Valencia, this compilation of high sierras and undulating valleys, adjoined by the CV-580, seemed to be a popular route amongst hardened cyclists. A Sunday morning and obviously unbothered by the terrain and the burgeoning heat, I passed many travelling in both directions.

Though rarely used in the Vuelta a España, part of the route was included in the 177- kilometre out and back stage from the town of Xàtiva, in 2009. A typically hot September day of nearly 40 degrees, it would have caused some consternation within the peloton.

That year, the Spanish tour left the far more comfortable conditions of the Netherlands, just three days earlier. Now more of a custom than an innovative idea the Vuelta began in a foreign country for only the second time in the race’s history. 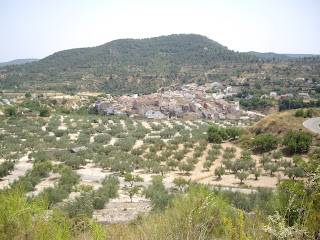 Declining in population, some of the smallest villages in the Canal de Navarrés could be added to the growing list of Spanish ghost towns. Relying predominantly on agriculture and livestock, as well as jobs created by a small increase in tourism, many long-established families have nevertheless been forced to find work elsewhere.
Conversely, in the even smaller villages of less than a thousand inhabitants, labour shortages quickly occur when the young are forced to head to the bigger cities to continue their education.