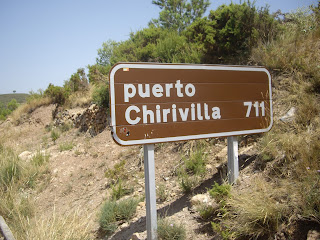 No more than a means of getting from Cheste to our overnight stay in Sant Mateu, the CV-233 from Segorbe was memorable for its deteriorating road and sense of isolation. Entrenched in the Serra d’Espadà, the bevy of cyclists who were out on the roads earlier this morning had completely disappeared, replaced by swarms of flies in the above-30 degrees heat.

Winding wearisomely around the side of a mountain, the height of the road wouldn’t have been more than 700 metres; yet it felt much higher. Engulfed by the recurrent view of vertical walls up ahead it was like riding into a labyrinth. Meanwhile, sturdy concrete barricades, like those you’d find along the steepest and narrowest roads in the Hautes-Pyrénées, protected traffic from the yawning chasm that wound its own way far below.


These mountains and others like them, belong to one of the major mountain systems in Spain, known as the Sistema Ibérico (Iberian System). Separating the watersheds of the majority of major rivers throughout the Iberian Peninsula, it extends more than 500 kilometres southeast from the edge of the Meseta Central (near Burgos) to the region of Valencia. 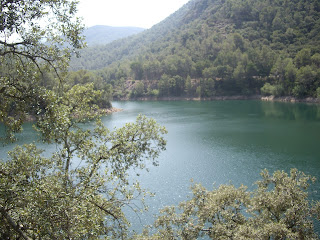 An indiscriminate string of peaks, tablelands and valleys, many deserted towns and villages lay scattered across the Iberian System, particularly in the more rural mountainous areas.   With the gradual abandoment of traditional agricultural practices since the middle of the 20th century, a substantial amount of depopulation has occurred. Franco’s attempt to stabilize and liberalize the country’s flagging economy, via his Plan de Estabilización, (Stabilization Plan of 1959), significantly contributed to the migration of many inhabitants from its smaller communities, towards the idustrial areas of the north and along the coast where tourism was beginning to flourish.


An advantage of riding through remote terrain is that you are much less likely to become lost. To start with, there are usually less alternative roads to turn onto, the roads themselves are less busy and the towns along the route are generally smaller and easier to traverse. For no apparant reason, other than perhaps my questionable sense of direction, the town of Onda, with its population of just 25,000, suddenly became an exasperating exception; at least until the timely arrival of another cyclist. 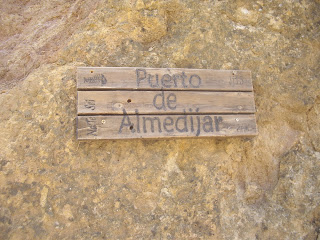 My map of the town revealed a tangled network of roads, which only became more confusing the further I tried to follow it on my bicycle. Obviously sensing my predicament, a passing cyclist stopped by the side of the road and motioned for me to come over to him with my map. Looking somewhere in his early 50’s, he was dressed in street clothing and wore nothing more than a tiny backpack that hung limply off his shoulders. Like the incalculable number of the locals, who carry a satchel on the back of their bicycle as they dart backwards and forwards through the city’s streets of Bruges, he  gave me the impression that he rode as much for functionality as for pleasure. Although we were unable to clearly comprehend a word that each of us was trying to communicate, a simple point of a finger on the map of where I was heading, was enough to make him understand which road out of town that I needed to take.


With a quick wave of the arm, my new lycraless companion gestured for me to follow him. Not wearing an article of cycling clothing, nor even a helmet, he swept swiftly along the road, turning his head every 60 seconds or so, to see I was still there. ‘Here I am in Spain’, I thought, ‘having ridden almost 4,000 kilometres in four weeks, and I’m struggling to keep up with some guy who most likely rides no further than the edge of  town’. 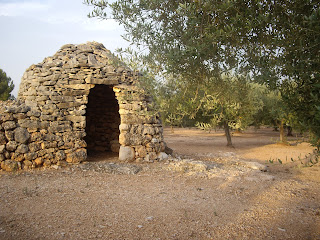 Heaving for breath, I was relieved to have finally reached the outskirts of town. Not only was I on the right road towards Sant Mateu but I could ride again at my own pace. With hardly a trickle of perspiration noticeable, the cyclist extended his arm in the direction I was facing before waving goodbye and disappearing as swiftly as he arrived.

Fast approaching the end of my journey, one of the things I knew I’d soon miss was the many wonderful Spanish and Portuguese people, who like players on a football field, helped to handball me around their fascinating peninsula. This was yet another of those experiences. While only a brief chance meeting between two strangers, I won’t easily forget the willingness – nor for that matter the ‘speed’ – at which the favour was carried out.