Now that the summer cycling season is gearing up again, there's no better time to celebrate some of Australia's most challenging climbs.  Here's my most difficult 10. Except of course, for the country's most renowned climb, not much more than a two-hour drive from Melbourne, it wasn't an easy choice. A little understated when compared with Europe's Alpine and Pyrenean regions, all ten, especially under the country's hot sun,  would hold their own in any of the three major tours. 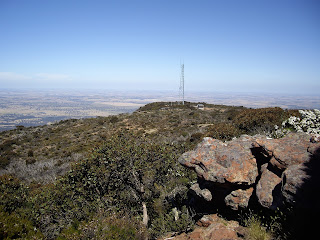 A little over 250 kilometres from Melbourne, via Victoria’s busy Western Highway is where you’ll find the small township of Halls Gap. It is located in the heart of the Grampians National Park, which is a stunning series of sandstone ridges, named in 1836 by the Surveyor General of New South Wales, Sir Thomas Mitchell, after his beloved Grampian Mountains back home in Scotland. Like a sentinel, the Grampians stand at the western extremity of Australia’s most significant mountain chain, the Great Dividing Range, which stretches more than 3,500 kilometres from the Victorian western plains to the north-eastern tip of Queensland. Ironically, it’s not even a range at all - rather, a complex cluster of mountains, plateaus and escarpments that separate Australia’s eastern and south-eastern coastline from the country’s dry interior. 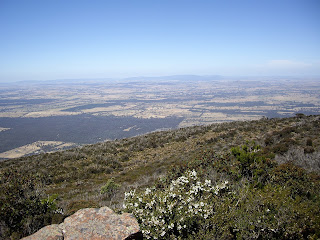 The Great Dividing Range rose up around 300 million years ago, during the Carboniferous period, when the continents of earth merged together to form what became known as the Gondwana land mass. Its highest peak is Mount Kosciusko, which when compared to its northern hemisphere counterparts, stands at an unremarkable 2,228 above sea level. But you’d hardly call the great Dividing Range unremarkable; certainly when it comes to cycling.


Though dwarfed by many of the world’s mammoth mountain chains, like the European Alps, the Rocky Mountains, the Andes, and above all, the Himalayas, Australia’s ‘Great Divide’ still has its fair share of challenging terrain and impressive peaks. Quite astonishingly, it’s the world’s fourth largest mountain range. It also has its long and lonely winding roads, which to the cyclist, presents every bit as much of a challenge as their overseas equivalents.


*   *   *   *   *
You'll find your way up to Mount William by travelling along the C216, the Halls Gap to Dunkeld Road,   for approximately 13 kilometres. A left-hand turn  onto Mount William Road and in another 11.7 kilometres you'll be standing underneath the antenna-studded summit. Only trouble is, it's much harder than it sounds! 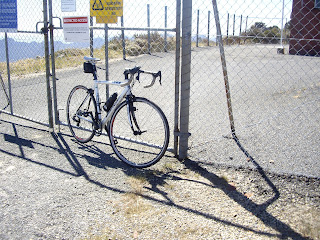 Nowhere near as nasty as many of its European counterparts, like Spain's Alto de l'Angliru, there's  nevertheless, a lot of pain waiting for you the closer you limp towards the summit. A climb of two halves, your first glimpse of the mountain's communication station, almost halfway up, is a forewarning that the hard work is about to begin.

It's also here that the dusty and narrowing road winds its way more aggressively. The disappearing tree line is soon replaced by expansive views to the west. Despite the sheer abyss to your right, there are no barricades; just another ingredient to make you feel a little less at ease. Here, you might be recalling the upper reaches of the Col du Tourmalet; with a little more imagination, Mont Ventoux. 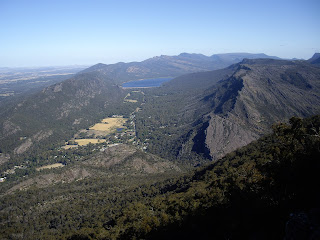 Arriving at the Mount William car park you come to the end of the road; but not the end of the climb. Almost two kilometres of pain and suffering along a gravelly and switchback infested road still awaits. Faced with an average of almost 11%, and sections over twice as steep, it's a tough introduction to the western reaches of the Great Divide.

Finally arriving at the fenced-off communication station, there's little to hold you for more than a few moments, save for regaining your breath and the magnificent views to be had on all sides.


“The bicycle, the bicycle surely, should always be the vehicle of novelists and poets.”
Christopher Morley, Parnassus on Wheels