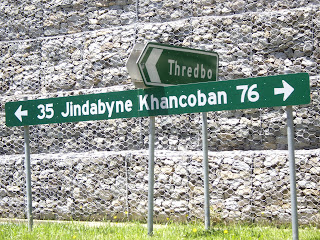 Approximately halfway between two bookend towns, Khancoban and Jindabyne, you’ll come to the bottom of a near-18 kilometre climb up to Dead Horse Gap. Located along the Alpine Way, on the New South Wales-Victorian border, it’s one of the most strenuous climbs in the Australian Alps. 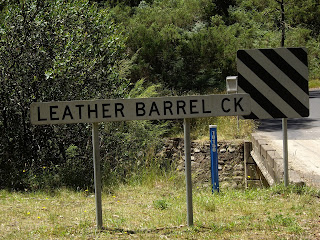 Unlike the road from Mansfield towards the beginning of the climb up Mount Buller, the 52-kilometre ride from Khancoban to Tom Groggin (near Murray Gorge) is more than just a warm up before the real stuff starts. No sooner do you leave the small town, situated in the foothills of the Snowy Mountains, you begin the first of two climbs.

A near 15-kilometre ascent, with a 4.7% average gradient, it’s as difficult as any category 1 climb you’ll find in Europe. But there’s little of the lively atmosphere you’re likely to witness along the roads in places like the French Alps. Instead, you’re on an exposed (to the sun) and remote road.  Don’t expect to pull into a service station to escape the heat and replenish your water supplies. The sign along the roadside will warn you there isn’t one until you reach Thredbo, 75 kilometres and three climbs away. 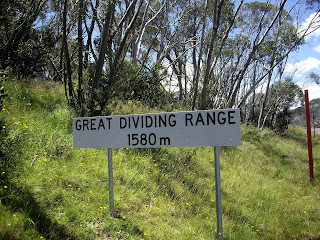 The next 30-plus kilometres towards Tom Groggin is a combination of undulating road and long descents, with a category 3 climb in between. But this is nothing compared to the horse category climb - beginning with a bridge crossing and sharp turn to the east - still to come.


If the change in direction is noticeable, then the first few kilometres of the climb will leave an indelible impression in your cycling memory. A serpent, the road wriggles its way aggressively towards the half-way stage of the climb; a high point that heralds an unexpected steep descent towards Leather Barrel Creek.
You mightn’t feel it at the time, but the ascent up to Dead Horse Gap is a climb of two halves. The first, made up a sporadic double-figure gradients, is replaced by a more even second half; 10 kilometres at a more manageable 5% average gradient. 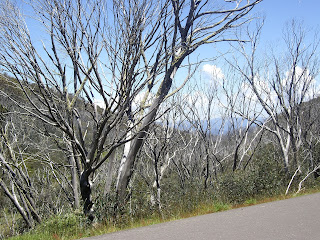 Like the last few kilometres up to Falls Creek (from Mount Beauty), the dense eucalypt forest that has accompanied you all the way, is gradually replaced by smaller snow gums and a more open landscape. With the gradient finally easing off, and the thought of Dead Horse Gap appearing around the next bend in the road, you’re given the rare luxury of actually enjoying the last few moments of the climb. 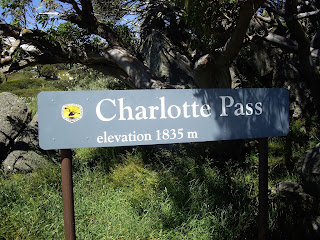 The reward for all your hard work, is a delightful 45 kilometre descent, via Thredbo ski village, towards Jindabyne. A quiet town, situated on a beautiful lake, it’s the perfect place to stay overnight. That way, the climb up Charlotte Pass - it would be folly of you not to do it - can wait until tomorrow!