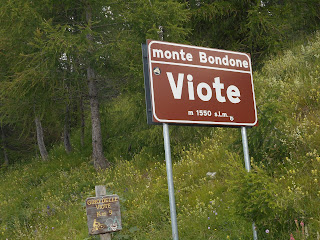 With the Giro d'Italia less than a week away, there's no better time to remind oneself of the Tour's most challenging climbs. Here's a list of my most difficult 10, starting with my 10th hardest, Monte Bondone.

Due to a racing-car event, I was denied the opportunity of climbing Bondone's 1654-metre summit from its most popular side, Trento, but I was determined to make it to the top just the same. A magnificent climb, from the relatively undiscovered village of Aldeno, it was an unexpected experience I'd gladly do again. 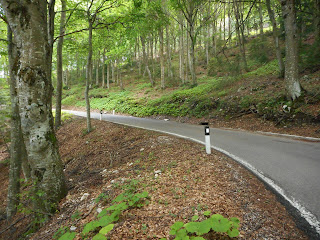 Approximately 12 kilometres from Trento, along the SP90 is the village of Aldeno. Nestled in a fruit and wine growing area, it’s one of many small villages you pass on your way up Monte Bondone.


The climb of almost 23 kilometres took me a little less than two hours. An interesting and varied ride, it’s predominantly steep, with a welcomed false flat approximately one-third of the way up the climb. Pleasantly remote, and heavily forested in parts, its gentle approach and extensive views to the summit, made the extra effort in getting there all the more worthwhile. I later learned that the Giro d’ Italia uses this route occasionally; and little wonder why.

An assault on mind and body with the first turn of the pedal, the winding road climbs at 10% for two kilometres before tapering off to a more comfortable 6% until you reach the village of Cimone. The gradient continues at around 7% for the next 3 kilometres, before reaching a plateau between the twin villages of Garniga Terme and Garniga Vecchia. Now approaching the easiest section of the climb, the now-straight road heads north, back towards Trento. It’s here, more than 800 metres above sea level that you get the opportunity to enjoy the sweeping views of the valley below. 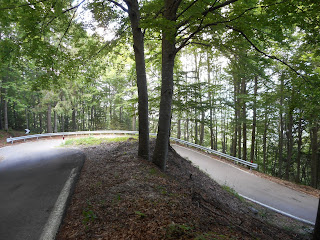 A sharp left-hand-turn near the village of Garniga Vecchia and you have arrived back in a different world; one of verdant forest and steep gradients. Before the road, the SP25, returns to a gentle 2% over the last few kilometres, the next 8 by comparison, are the hardest of the climb. Engulfed in shade, there's a distinct feeling of remoteness along the meandering road, which eventually finds its way towards the last hamlet of Lasino. 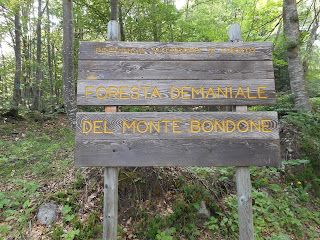 It was still a warm and cloudless afternoon, as I gradually made my way up to the top of the pass. More than 1,600 metres, the tree-line still remained, while Monte Bondone’s prominent peak stood another 500 metres higher. Soon, grassy meadows had given way to bars and hotels lining the road, while steel barricades, a finish line banner and a few stragglers along the footpath were the only reminders of a car race that had taken place earlier in the day.

Monte Bondone was first climbed in the Giro d'Italia in 1956. The 39th edition of the race, it was famously won by Charly Gaul, who turned a 16-minute deficit into a three-minute advantage by the time he reached Bondone's summit. Despite the arctic conditions, the Luxemourgian cyclist was still able to propel himself to Tour leader after starting in 24th place when he left Merano at the beginning of the 242 kilometre stage. Suffering from exhaustion upon reaching the finish line, he was carried away in a blanket by race officials. Not to be denied, he was able to hold off the 42 remaining riders the next day, to win his first-ever major tour. 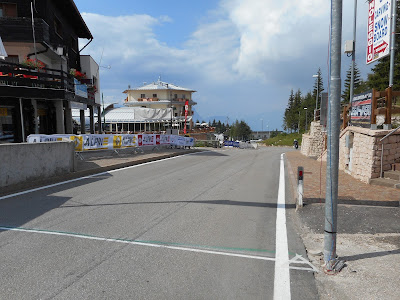