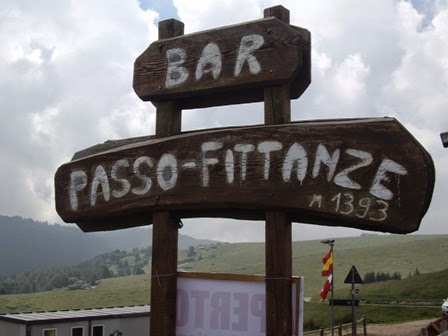 The difficult-to-find village of Sdruzzina effectively marks the beginning of the 14.1 kilometre climb up the Passo Fittanze della Sega. A brute of a climb, boasting an 8.8% average gradient, it virtually assaults you the moment you turn sharply onto the narrow SS11 road. 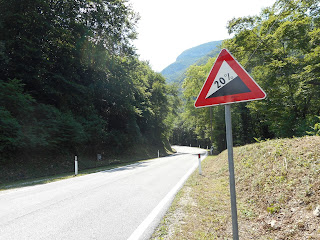 Narrow at first, while two small villas straddle the roadside, the tarmac soon widens and rises, as high as 20%, through beautiful woodland. Dissipating, before re-emerging again, the shade is your only friend until you reach a flat 600 metre section of road, almost half-way up the pass.

Rising again, even more steeply than before, my 8 kilometre per hour speed around the road’s relentless hairpins was a sobering reminder of what, up until now, had been a very formidable climb. With a height of only 1,392 metres, it might seem a dwarf compared to its northern counterparts, Gavia, Stelvio and the Tre Cime de Lavaredo; but there’s no disputing the pass's steeper average gradient, made all the more daunting when you factor in its more gentile approach to the summit.

Leaving the steep forest slopes behind, the lush, green meadows of Sega di Ala appeared for the very first time. With the gradient easing off and in full view of Monte Lessini’s spectacular summit to the east, the strain of the previous 90 minutes had all but dissipated.
A far cry from Passo Stelvio’s marketable summit, there not a great deal of fanfare at the top of the pass, apart from a cosy small bar and eatery, and a war memorial to the fallen soldiers of the 1st and 2nd World Wars.

Though the Passo delle Fittanze has yet to make an appearance in the Giro d'Italia, according to Italian cyclist Damiano Cunego, it's "right up there on a par with the Mortirolo".  Now having tasted both, I intend to agree with him. Longer and not much less steeper, it's certainly not far behind.