What has 10 approaches, an extremely narrow road (about the width of one car), tunnels, a myriad of switchbacks, networks of underground caves, roaming cattle, rolling mist, a war history, the ever-present threat of thunderstorms and a fervent patriotism by its thousands of local inhabitants? 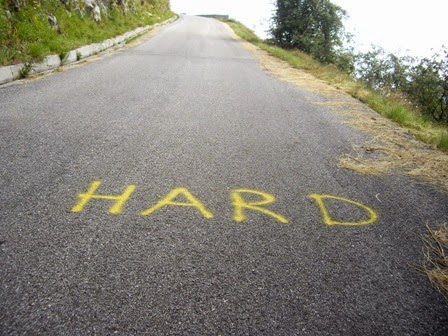 While the road from Romano d'Ezzelino – built during World War I to cart supplies and troops up to the mountain's remote summit – is its most popular ascent, the route from the sleepy village of Possagno is by far the most difficult. From the moment you turn the pedals you're riding up a 6% gradient which soon becomes 10%. But it's the mid-point of the climb that is the most intimidating, reaching an average gradient that hovers between 18 and 22% for more than a kilometre. This section alone has 30 of the climb’s 33 switchbacks.

If you didn't realise, you're now in Alto d'Angliru and Mount Baw Baw territory, where the gradient lingers above 20% for a long lung-busting kilometre of slowly-turning pedals. But unlike these two brutal climbs the route from Possagno up Monte Grappa offers the rider a welcome breather for around 4 kilometres, which includes a dramatic 5.4% descent out of the grey mist to the forest below. 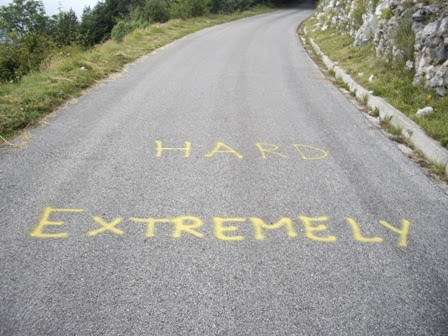 But soon, and steadily, the road begins to reclaim its lost altitude. The mist and dampness return along a remote and narrow road that bears little resemblance to a sweeping climb up a 1,700 metre-plus summit. Here there are few features, no road signs indicating how far you have to go, just a gloomy tunnel, dimly lit and incessantly dripping with water on the back of the lone, and somewhat disoriented, cyclist.

At last, the road comes out into the clear until eventually, the gradient hovers between 8 and 13% over the final two kilometres. Here you encounter the final 3 of the route's 33 hairpin bends. (Did you know that this is 10 more than the much-lauded Alpe d'Huez which is famous for its 23 no less?) 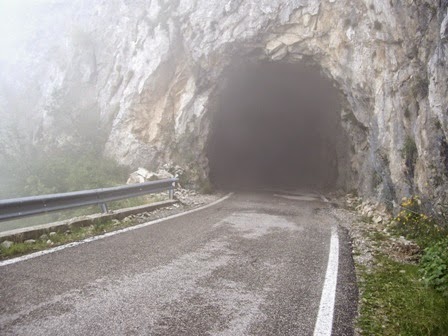 About a kilometre from the summit you'll pass the intersection with the road from Romano d'Ezzelino. Finally, as you near your destination, you are reminded of the real significance of the mountain. You pass the mausoleum containing both Italian and Austro-Hungarian soldiers who gave their lives in the long and treacherous battle of Monte Grappa during WWI. On your right, you also pass a stone tablet, commemorating the Italian Resistance who also played a significant part in holding back the Austro-Hungarian assault, often in freezing conditions, for more than 12 months. 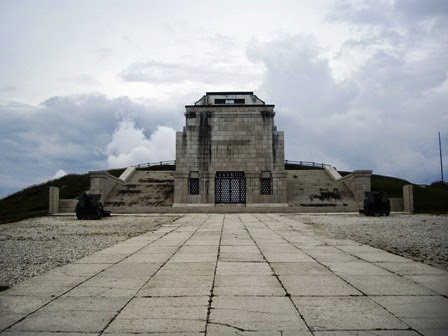 Returning down the mountain I took the road which leads back to Romano d'Ezzelino, the route I chose for my first climb of the mountain two years earlier. If company is what you desire, then this is the route for you – I passed at least a dozen riders coming up along its wider tarmac and more consistently friendly gradient. Obviously hardened Italian cyclists, none of them seemed to be put off by the lateness of the afternoon and the impending gloom of the sky above.

But if it's a more difficult challenge that you desire, and one of almost perfect isolation, then the approach from Possagno is the one for you.


“All journeys have secret destinations of which the traveller is unaware”.
Martin Buber
Posted by markkrieger at 11:42