Cycling in France: The Vosges - Le Grand Ballon (from Moosch) 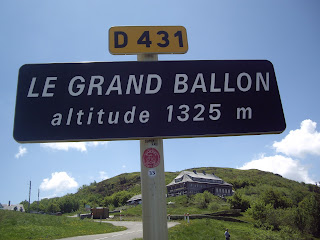 Another less-heralded climb used in the Tour de France is Le Grand Ballon. Not to be confused with its relatively close compatriot, the Ballon d'Alsace, it's the only Hors Categorie climb in the Vosges. It has appeared in the Tour on 7 occasions, the first being in 1969, when Belgian cyclist Lucien Van Impe was the first to reach its summit. Its most recent appearance was in the Stage 9 race from Gérardmer to Mulhouse in 2014.

Like Italy’s iconic mountain, Monte Grappa, the Grand Ballon has many routes up to its 1343-metre summit. Coming from our overnight stay in Urbès, I began the climb from the small village of Moosch along the D13B8, via the N66. Joining the road at Geishouse, the climb averages 7.7% over 12.3 kilometres. 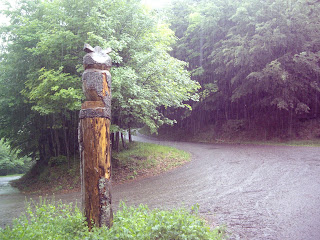 Despite the drizzle, the first 5 kilometres along bitumen road was easy enough. But the remainder of the climb, with the exception of the final 2 kilometres was along pothole-infested road. The constant rumblings and lightning flashes amidst the driving rain left me with no illusions that indeed Le Grand Ballon is not only the highest point in the Vosges but the windiest and wettest. Of its many roads leading to the summit, it took only seconds to realise that I’d chosen the worst. Travelling at not much more than 6-kilometres per hour, I spent the next 40 minutes avoiding small holes and clumps of gravel through the dark forest ‘road’. 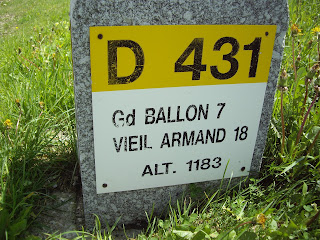 Finally reaching the main road from the north, the D431, was a welcome surprise. The rain had all but ceased and I was back on a road more fitting for a bicycle with 23mm tyres. It wasn’t long before the well-known giant white balloon appeared on my right, indicating that I was little more than a kilometre from the summit.  Despite gradients of 12%, it was nothing compared to the slow slog through the forest. Still soaked to the bone as I rounded the climb’s final switchback, I couldn’t wait to enjoy a bowl of soup, perhaps two, at the Ballon’s summit restaurant. 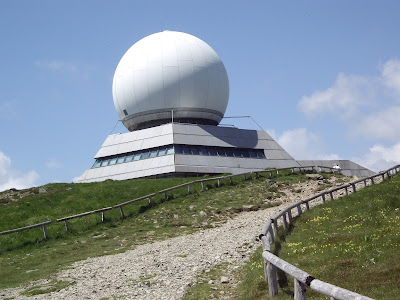