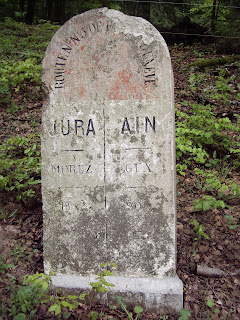 Last month, Roz and I were fortunate enough to visit Europe again; in particular, France, Switzerland and Italy. Why, cycling of course, to experience some of the ‘big’ mountain passes I’d only just read about but hadn’t yet climbed. Also, at Roz’s insistence, we intended on circumnavigating the magnificent Mont Blanc massif, albeit this time, on foot. That’s right, 10 arduous days of walking, often through snow, with heavy packs hanging off our shoulders.

We spent our first 10 days in France’s northeast, around the time when Paris was in flood. As we soon found out for ourselves, other significant parts of the country, not least around where we were staying, had received its highest rainfall in the months of May and June, for many years.

Despite the weather, my intention was to garner a taste of France’s smaller mountain regions to the north, notably the Jura and the Vosges, both of which feature regularly in the Tour de France. Only as recently as last month, the French Tour travelled through the Jura in the 206 kilometre stage 16 race from Moirans-en-Montagneto the Swiss capital of Bern. 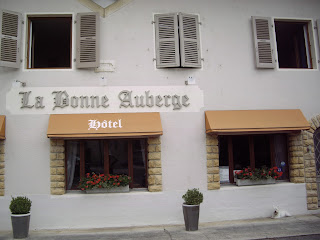 Rusty, after our long flight from Melbourne, I set out on a ride from our accommodation in Segny, via the Haute Jura’s most iconic pass, the Col de la Faucille.


Our accommodation in Segny, at the La Bonne Auberge. 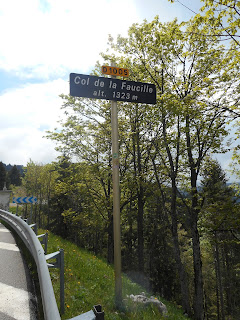 Approached from Gex in the south and Morez to the north, deep in the heart of the Haute Jura, the Col de la Faucille is both challenging and exquisite in its entirety. Having appeared in the Tour de France on more than 40 occasions, the climb made its debut in 1911, during the 344 kilometre stage between Belfort and Chamonix; just 24 hours before the Col du Galibier made its first appearance as well.

The climb from Gex:

11.8 kilometres with an average of 6%, the climb from Gex is not hugely steep, but what it might lack in gradient, it makes up for in scenery; not least the recurrent views of Lac Léman (also known as Lake Geneva) down in the valley below and the sublime vista of Mont Blanc further to the southeast. Batting below its average over the first 7 kilometres, the climb picks up over the next 3, reaching its maximum gradient of 8.1% between the 8.5 and 9.5 kilometre mark. With a kilometre left to travel, the road reverts to little more than a false flat. 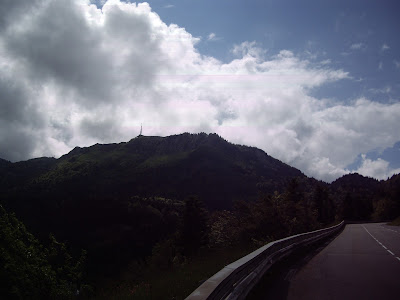 Though almost 3 times as long, the climb from Morez (along the N5), offers a much quicker ascent than you might first think. The near-9 kilometres to the cross country skiing haven of Les Rousses is little more than 5% and from here, things get considerably easier. The remaining 17 kilometres of the climb back to the Col de la Faucille’s summit is little more than a gentle rise that travels gracefully through verdant forest.

More renowned for its beauty than a test of one’s stamina, the climb from Morez is a window of what you’ll see and feel in the Jura should you decide to stay. And most likely, plenty of rain of course!