Cycling in France: The Vosges - Munster to Munster via Le Grand Ballon (80 kilometres) 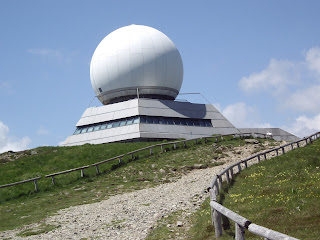 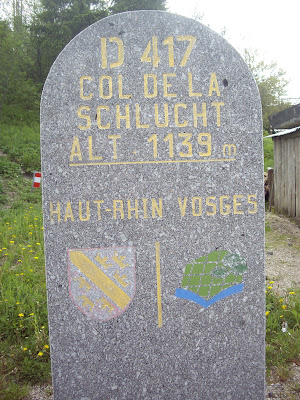 Having cycled up Le Grand Ballon from one of its southern routes, Moosch – which was a very difficult climb – I decided to tackle the Vosges’ highest peak from the opposite side, Munster. A beautiful small town in the heart of the Alsace region, we stayed there for two nights before travelling to the Swiss Alps.

While the climb up Le Grand Ballon from Munster is a long one - virtually 47 kilometres - the average gradient is a meagre 2.1%. But the route provides cyclists with the opportunity of first climbing the Col de Schlucht, which has a Tour de France history of its own. It has appeared in the Tour on 8 occasions since World War II, either as a category 2 or category 3 climb. The pass was used for the very first time back in 1931 when French cyclist André Leducq – the eventual winner of the Stage 20 race – was one of a group of riders first over the summit. Its most recent appearance was in Stage 9 of the 2014 Tour (from Gérardmer to Mulhouse), when popular French cyclist, Tommy Voeckler led the peloton to the top. 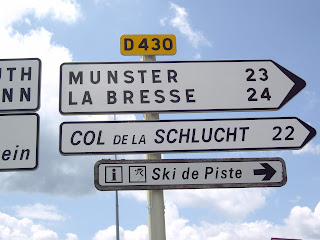 A moderate and very scenic climb in its own right, the Col de Schlucht is one of the most popular passes in the Vosges region. Not just a stairway route to Le Grand Ballon, it travels 18 kilometres, along the D417, at a formidable 4.2% average gradient – which it maintains for almost the entire climb. 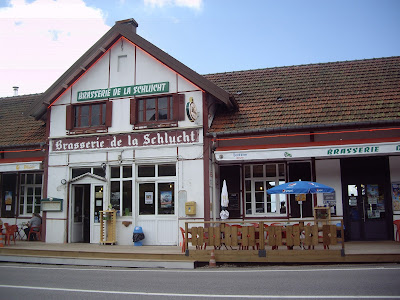 Once over the pass the predominantly-flat road immediately becomes the D430 until it joins the D431 at the Le Markstein, a winter sports station, just 8 kilometres from the Ballon’s summit. As recently as 2014, the Tour de France passed through the ski station twice – first on Stage 9 towards Mulhouse, via Le Grand Ballon and again the next day when the peloton descended from the Col du Platzerwasel towards Oderen. 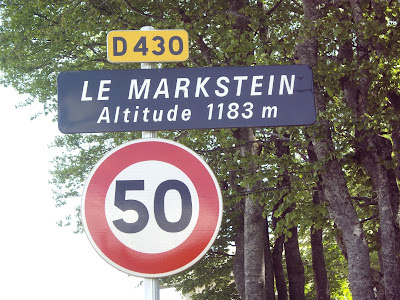 Along what’s known as the ‘Route des Crêtes’, there were many cyclists. And little wonder why. Travelling as high as 1200 metres along the ridge road, there were stunning views of villages deep down in the valley below.

After reaching Le Ballon’s popular summit – for the second time in two days – I met up with my wife, Roz, who had walked from the top of the Col, to Le Grand Ballon’s summit, perched high above. A completely different environment to the gloomy weather of the day before, the sun was out and lots of cyclists, walkers and sightseers were dining at outside restaurant tables. 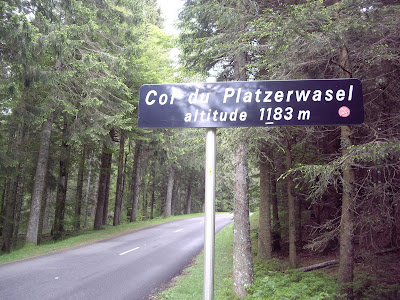 It was only a 31-kilometre ride back to Munster, via Le Markstein and the Col du Platzerwasel, another popular climb in the Vosges region. Pleasantly downhill and through verdant forest, via the D431 and the D10 (from the village of Sondernach), it was a much easier journey than the ones ahead of me. With plenty of time to think as I travelled along the now-flat road towards Munster, in just two days time we’d be ensconced in the Swiss town of Wassen: from there, not too far up the road, was the Gotthard Pass.


Please note: Roz is the one in the middle!
Books by Mark Krieger: