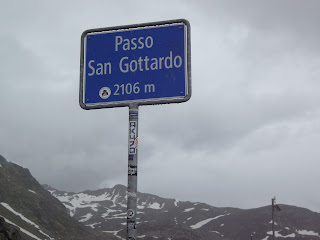 Linking Europe’s north and south, Saint Gotthard Pass lies between the Italian-speaking village of Airolo, and Andermatt, in the German-speaking canton of Uri. From our accommodation at the Hotel Krone, in Wassen, it was a 10.5-kilometre ride to Andermatt, the easier of the two routes up the pass. 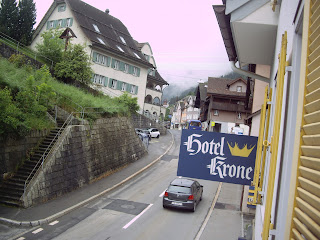 Andermatt, in fact, is connected by four Alpine passes: Oberalp Pass to the east, St. Gotthard to the south, Göschenertal Pass to the north and Furka Pass to the west. Rather ironically, the highest of the four –  Furka Pass – seems to be a lot less-renowned than Switzerland’s fabled climbs, St. Gotthard and Susten Pass. 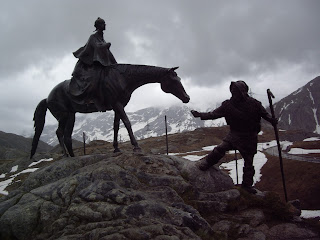 The attraction of St. Gotthard isn’t so much its difficulty, particularly from Hospental. Less than 9 kilometres and averaging 7.1%, there are dozens of more formidable climbs throughout Europe. From Airolo, it’s a different matter but we’ll get to that in my next blog. Its attraction seems more to do with its engineering history, particularly its tunnel – which draws motorists aplenty – and its cobbled road. 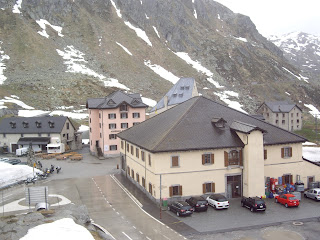 Apart from the bleak conditions, which, if anything, worsened the higher I climbed, it took me surprisingly less time to reach the top of the pass than I ever envisaged. The first 4 kilometres of the climb average but a breath over 6%, while the remaining 5 are approximately 7.6%. With these figures, the main attraction from Gotthard’s northern route is obviously not its difficulty but its well-preserved cobbled road and the breathtaking scenery along the way. 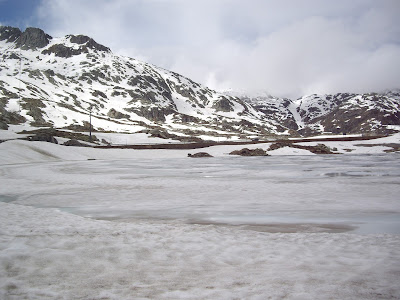 As I would soon learn, the route from its southern side, Airolo, is a different matter altogether.