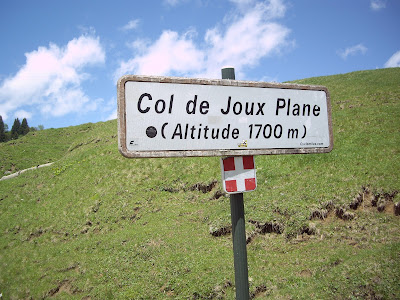 
France’s Col de Joux Plane was rated the 19th of 50 of the ‘greatest’ climbs in Pro Cycling magazine in 2007 (Issue 94). But it certainly wasn’t a favourite of former American cyclists, Chris Horner, and none other than Lance Armstrong – especially after his fadeout up the climb in Stage 16 of the 2000 Tour de France.
Making its debut in 1978, the col has appeared in the French Tour on 12 occasions, the most recent being in Stage 20 of this year’s race (2016), when Spanish cyclist Ion Izagirre went on to be first over the line in Morzine, after leading the peloton over the pass’s summit. The stage has finished in the northerly Alpine resort town in each of its 12 appearances. 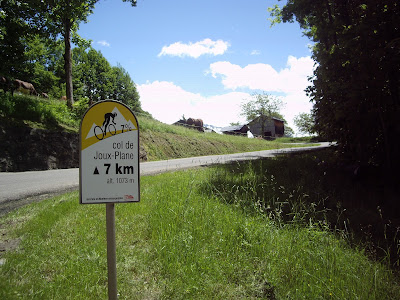 Contrary to popular opinion, climbing the pass – from Samoëns – didn’t seem as difficult as its 8.5% average gradient might suggest. After all, it’s only 11.6 kilometres long and is not nearly as steep as either Italy’s Monte Zoncolan or Passo Mortirolo. Bearing in mind that it’s just a matter of opinion, mine, when it comes to difficult climbs, the Italian Tour seems to have it over its French counterpart every time.


Mind you, speed wasn’t my primary concern when I made my first climb, back in June, nor had I already ridden more than 170 kilometres – like Armstrong did – to reach the bottom of the pass. In any case, it’s not to say that the Col de Joux Plane isn’t a formidable climb in its own right. It is. You realise this almost immediately when the gradient hits 12.5% within the first kilometre and near-11% half-way up the pass. For the next 5 kilometres, the road maintains its 8.5% average gradient – at times higher – all the way to the summit.

An added bonus of climbing the col is its magnificent scenery. If you haven’t already the presence of mind to realise that it accompanies you most of the way up the road, then the blissful views of its summit lake and of Mont Blanc, to the southeast, will leave a lasting impression.