It has been more than six months since I last cycled overseas; in Switzerland, France and Italy. Over the years I've been fortunate enough to cycle around many other countries, not least Slovenia, Austria, Hungary, England and Scotland. But when I'm home, I'm forever cycling up Mornington Peninsula's biggest 'mountain' - Arthurs Seat. It might only be a 3-kilometre climb but its 8.1% average gradient is steeper than many of the iconic mountain passes throughout Europe.

But if it wasn’t for my good friend and bicycle mechanic, Lore, (pictured) I wouldn’t have ridden - and still be riding my Bianchi (a relatively cheap Via Nirone) all those thousands of kilometres. And no less, it was he who made me realise that it's not satisfying enough to climb Mont Ventoux from just two sides. 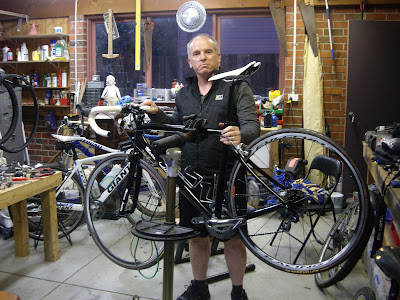 ...standing at the summit and admiring the view for the second time in one day was an amazing feeling. I was surrounded by a circular horizon of natural beauty, the Mediterranean to the south, the Rhône to the west and best of all, the Alps to the east. What’s more, I’d completed my second climb in less than two hours, which I felt wasn’t bad for an old bloke.

Literally bursting with endorphins, I wanted to share my exuberance with someone who’d care, someone who’d know exactly how I’d be feeling, someone who would understand. So I rang my cycling buddy Lore, and boy would I regret it.
The phone call went something like this:

“Hi Lore! You’ll never guess where I am!”
“No, where?”
Still overflowing with excitement I exclaimed: “I’m standing on top of Mont Ventoux. I’ve just climbed it, not once but twice, first from Malaucène and now from Sault. The climbs were awesome, Lore, particularly the last seven ks up from Sault. And the views! I wish you were here to see it for yourself!”
“That sounds great,” replied Lore, in as monotone a voice as you’d ever hear. Then the killer blow.
“Surely you know there are three ways up Ventoux. You’ve only done two of them. What about the other one? Not really good enough, mate.”

While it took me almost half a day of busting my guts to build up my endorphin level to an all-time high, it only needed a few seconds for it all to be replaced by maudlin self-doubt.
“Yeah, thanks, mate. I know there’s the ride up from Bédoin but I’m going down that way. I was saving that to last, so I can celebrate having climbed it the other two ways.”
It sounded like a pretty good plan at the time but thanks to Lore’s tactless enquiry it now felt somewhat hollow. It suddenly felt like a pyrrhic victory. The battle is over and you’ve come out a winner, but in the end you’re left feeling like an absolute loser.

“But Lore, what about Meat Loaf’s song, Two Out’a Three Ain’t Bad?” I retorted, trying to put a positive spin on my rapidly declining day.
“Yeah, but when’s the last time he made a hit record?” Lore deadpanned.

I don’t remember much more of the conversation, only that I wished I’d rung someone else… in fact, anybody else. Climbing Ventoux was meant to be one of the highlights, if not the highlight of the trip. It took me the next five weeks to get Lore’s words out of my mind. Bonnie Tyler was gone, while Meat Loaf was now indelibly etched in by troubled psyche...

Lycra, Lattes and the Long Way Round

I guess, unsurprisingly, the road up Arthurs Seat often reminds me of climbs far away, on the other side of the world. 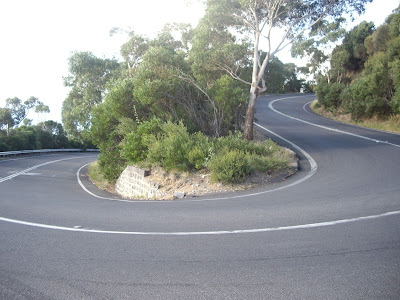 
A bit quirky, I know, but the road up Arthurs Seat has that effect on me – and most likely, other cyclists as well. There will be more to come! 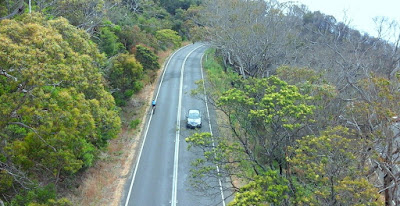