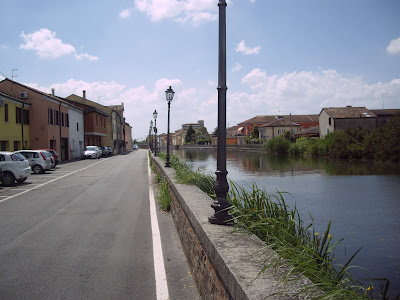 A 150 kilometre ride from Sottomarina to the village of Ghibullo – 9 kilometres to the southeast of the coastal city of Ravenna – takes about six hours. With the exception of the occasional undulation, the road is virtually flat throughout the entire ride.

But Italy’s roads are like a plate of spaghetti, a tangled array of long, narrow pieces that can lead you anywhere. As a result, I felt like I was off the bike – searching for places on my map – more than  I was on it. It wasn’t until I reached the town of Comacchio that I felt assured that at the very least, sometime in the next hour, I’d be heading in exactly the direction I wanted to go. 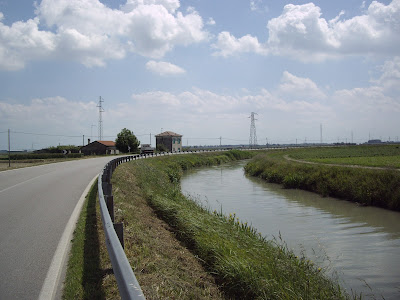 Continually heading south through the Emilia-Romagna region of northern Italy, I was now cycling in the Valli di Comacchio, a chain of brackish lagoons and wetlands, adjacent to the Adriatic coast. Reduced to one-fifth its size since its formation around the 10th century, mainly due to land reclamation for farming, its still to this day, one of the largest wetlands in Italy. Not that I saw many winged creatures along the sweeping lonely road towards the town of Alfonsine, the Valli is also renowned for being home to the largest number of bird varieties in the country – more than 300 I’m told. 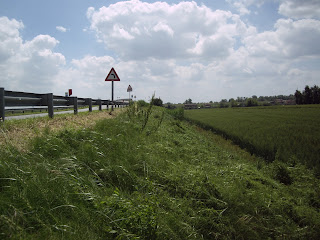