In my latest book, High Spain Drifter, my wife Roz and I set off on another fascinating journey, this time around Spain and Portugal’s Iberian Peninsula. Below is the first few paragraphs of the book. I hope you enjoy the read. Mark 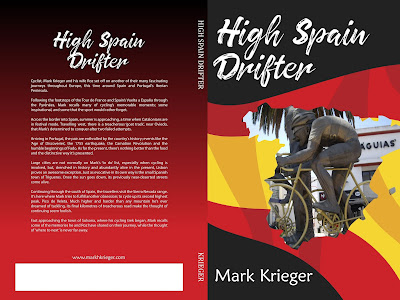 “Travelling – it leaves you speechless, then turns you into a storyteller”.
Ibn Battutah

I happened upon the idea of cycling around Spain after reading a book called The Man Who Cycled the World. Written by a Scottish adventurer named Mark Beaumont, it described his whirlwind circumnavigation of the globe on a bicycle in 2008. 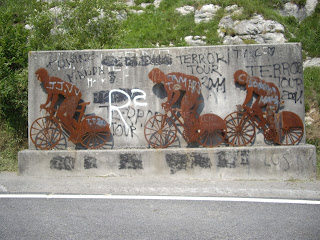 Now 60, I’d hardly compare myself to the Mark Beaumont I came to know from his book. For starters, he clearly knew how to put a bicycle back together. Luck and my good friend Lore’s mechanical expertise are the only insurances I have when it comes to the durability of my bike on long-distance journeys. Beaumont was also self-sufficient, carrying all of his provisions with him, and travelled quickly enough to smash the previous record for the fastest cyclist to make it around the world – by more than 80 days. He took just 175 days. 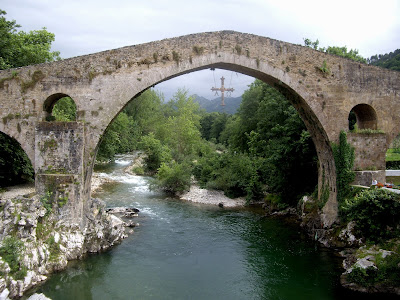 But it wasn’t the time he took to complete his journey of nearly 30,000 kilometres that impressed me the most. It was more the places he visited along the way and the experiences that came with them; sometimes daunting, sometimes curious, and sometimes moving, but in all cases unforgettable. 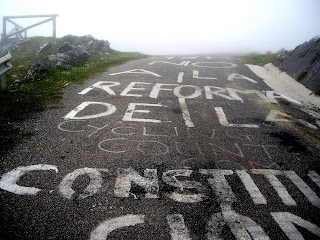 Our ideas and inspiration often come from the most surprising events, not least learning about other people’s experiences and adventures. So, inspired by Beaumont’s book and buoyed by a recent cycling journey around France, I couldn’t wait to compare paella with quiche and barra with baguettes, not to mention how Spanish and Portuguese sangria matches up against a full-bodied French red wine. Most of all, I wanted to compare the lush French Pyrenean mountains and valleys with their dryer Spanish counterparts. And not least, there was a rather difficult mountain to the west, near Oviedo, that was beckoning for a third time.

Virtually from the moment it was introduced to the Vuelta in 1999, Alto del Angliru, in the heart of the Asturias, became Spain’s mythical equivalent of France’s Mont Ventoux and Italy’s Mortirolo. It is 12.5 kilometres in length and has an average gradient of above 10%. While a formidable enough challenge itself, it’s the climb’s last 5 kilometres, which include lengthy stretches of grades above 21% and 23%, that make it so tough. Unequivocally, it’s the hardest mountain road I’ve ever climbed – and in all likelihood, it’s the hardest I ever will. 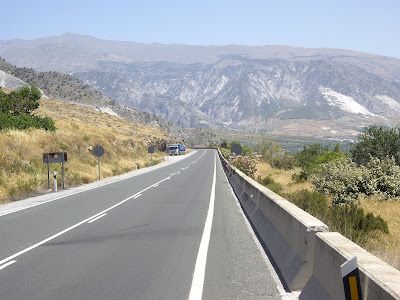 If you’re game enough to try it, chances are that when you exhaustedly roll over its barren summit, there’ll be nothing to greet you save the shivering cold, the incessant mist and the clanking of cow bells. Your only reward might be the satisfaction of having cycled up a mountain that is so damn difficult.
*      *      * 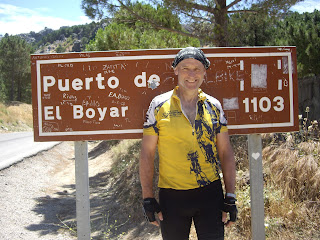 My first time ever across a border into Spain was at the wheel of a sleek grey French Peugeot, albeit a rented one. My wife Roz and I were travelling, rather cautiously, along the A63 from Bayonne towards the pretty coastal town of Ribadesella. We were visiting Spain for a week. The aims were to give us both a break from my riding, to climb a few mountains together and to give Roz a first-hand glimpse of Segovia’s famous aqueduct, built skilfully by the Romans during the 1st century AD.

While having seen and learned almost as much about France as about my own country, not to mention a fervent interest in French history that had begun long before my first turn of a pedal in Europe, I was something of an inexpert when it came to its Pyrenean neighbour. For me, even a Grand Cycling Tour like the Vuelta a España seemed to pale into insignificance compared to its charismatic rival, the Tour de France. I guess it still does! Then again, doesn’t every other bicycle race? 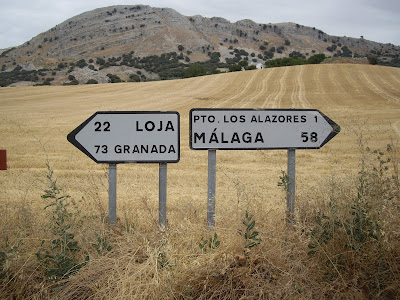 Other than the captivating beauty of Penelope Cruz, a very lifeless Charlton Heston on the back of a horse in the movie El Cid, a few Year 8 student projects on Isabella of Spain, and above all, George Orwell’s fascinating novel Homage to Catalonia, I was pretty hopeless when it came to recalling information on Spanish history, politics, culture ... and even cycling.