My Latest Book in a Nutshell - 'High Spain Drifter'. 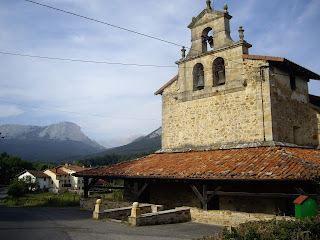 Yep, below is my latest book in a nutshell, 'HighSpain Drifter'. It's not a western - like the 1973 movie 'High Plains Drifter' - and it wasn't filmed in Spain's Tabernas Desert, unlike many spaghetti westerns, such as Sergio Leone's 'Once Upon a Time in the West'. The 'High' stands for the high hills and mountains I chose to ride in, Spain, well, that's obvious,  and 'Drifter', I like nothing better than drifting along on a bike - providing I know I'm heading in the right direction.

Roz and I visited Spain and Portugal back in 2013. It was one of the most enjoyable cycling journeys I've ever had, and today, we both look back with fond memories. So much so, that we returned two years later to walk, north to south, nearly half the distance of Portugal. It's been our favourite country since our first visit in 2012, just ahead of Italy (despite its motorists; though that's a story for another day).


The Nutshell: Tracing the footsteps of the Tour de France and Spain’s Vuelta a España through the Pyrénées, Mark reveals many of cycling’s memorable moments, and some that the sport would rather forget. And there is a treacherous ‘goat track’ to the west, near Oviedo, that he’s determined to conquer after two previous failed attempts.

Travelling more than 5000 kilometres around the Iberian Peninsula, there would be the usual obstructions along the way; heavy traffic, dangerous roads, navigation difficulties, mechanical problems, sweltering heat, overindulgent wine tasting, foreign language snafus, and the attrition of riding day after day. But what starts out as a cycling adventure becomes so much more.
No sooner across the French border and into Spain, the travellers look forward to comparing paella with quiche and barra with baguettes. Summer is approaching and it’s a time when Catalonians are in festival mode. Three days’ ride beyond the giant limestone peaks of the Cantabrian Mountains lie Galicia’s Costa da Morte, 2000 kilometres of treacherous coastline that has claimed many ships, and lives.

Once over the border into Portugal, they are enthralled by the country’s history; events like the ‘Age of Discoveries’, the 1755 earthquake, the Carnation Revolution and the humble beginnings of Fado. As for the present, there’s nothing better than the food and the distinctive way it’s presented. 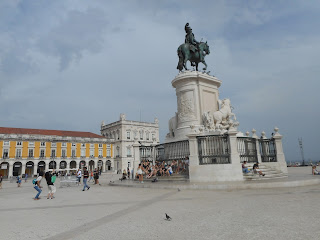 Large cities are not normally on Mark’s ‘to do’ list, especially when cycling is involved, but, drenched in history and abundantly alive in the present, Lisbon proves an awesome exception. Just as evocative in its own way is the small Spanish town of Trigueros. What seems an everyday occurrence once the sun goes down, the previously near-deserted streets come alive, with young and old. Some gather in restaurants and bars, some ride their pushbikes along car-less streets, and some sip beer on the back of Andalucían ponies.

Continuing through the south of Spain, the couple visit Andalucía’s former frontier towns, before heading towards the Sierra Nevada range. At its foot stands Granada, the last bastion of Moorish rule.

Mark also comes to the Sierra Nevada to fulfill another obsession; to climb up to its highest peak, Pico de Veleta. Much higher and harder than any mountain he’s ever dreamed of cycling, its final kilometres of impassable road make the thought of continuing a ridiculous idea.

Once past the stark semi-desert heat of Almeria, Mark looks towards the few remaining days of riding still ahead. There will more places to see along Spain’s Mediterranean coast, and then, there’s ‘that’ day in Valencia. Approaching the town of Solsona, where his cycling journey began, he thinks about the other experiences that will become more enduring in the time to come. And of course, he ponders where to next?

Well, that's what the story is about. It's for those who enjoy cycling, travel, history, and the odd outdated movie. Some of the  the people we met along the way and the meals we ate might whet your appetite as well.

My Next Blog: my version of Sergio Leone's 'Once Upon a time in the West'.
(It's not exactly sure about cycling but it found its way into my book nonetheless. If you remember the movie, it should give you a laugh).