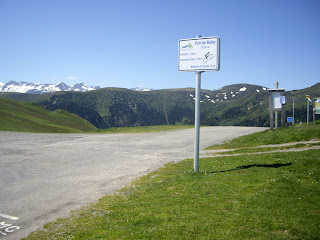 The Tour’s Stage 12 race today mightn’t be as dangerous as the Queen stage, four days ago, but it will be brutal nonetheless. Starting from Pau, it’s a 214 kilometre race over six summits, the Côte de Capvern (category 4), the Col des Ares (category 2), the Col de Menté (category 1), the hors catégorie climb over the Port de Balès, the Col de Peyresourde (category 1), and the short 8.4% finish up Peyragudes ski resort (category 2).
Fortunate enough to have been to four of the climbs in today's race, I’ll be looking forward even more to watching the latter part of the stage on SBS tonight.

Here’s an extract from my latest book, High Spain Drifter, which describes my thoughts of my solo climb over the Port de Balès, albeit when I left from Bagnères de Luchon. (Today, like on almost all occasions, the climb starts from Mauléon-Barousse). 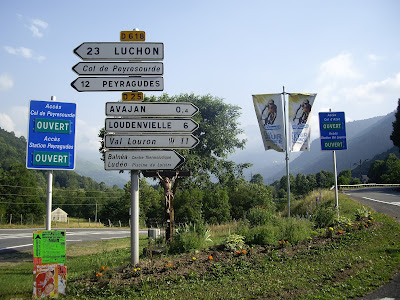 ... Located between the Barousse and Oueil valleys, the only access to the pass known as the ‘Port de Balès’, prior to the 1980s, was a solitary 4-wheel-drive track from the north. A few years later, another track was built from the opposite direction, from the tiny hamlet of Bourg-d'Oueil. However, neither route was accessible for conventional vehicles or road bikes. 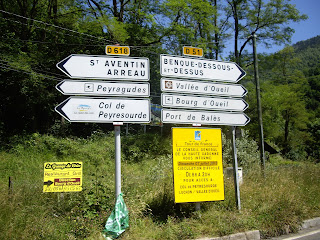 Despite attempts to improve and maintain the quality of the road over the next two decades, it became nigh on impassable. It was not until 2006, partly due to the persistence of Tour de France organisers, that the road was properly resurfaced. Since then, the French Tour has included the climb on four occasions, in 2007, 2010, 2012 and 2014, and the Vuelta a España used it for the first time in 2013, en route to its stage finish at Peyragudes ski station.


Though slightly shorter in length, the favoured route in all five races was from Mauléon-Barousse. An imposing climb through rugged mountain terrain, it is otherwise a road less travelled, save for cycling enthusiasts and the carnival-type atmosphere of the Grand Tours, which seem to be making the climb a biennial event.

Undoubtedly the most controversial incident in the climb’s short history was in Stage 15 of the 2010 Tour de France, finishing in Luchon. The spa town’s streets were electric as popular French national champion Tommy Voeckler came first across the line. But the real theatre of the race had occurred 20 kilometres earlier, when Luxembourg cyclist Andy Schleck had dropped his chain on the ascent of the Port de Balès. 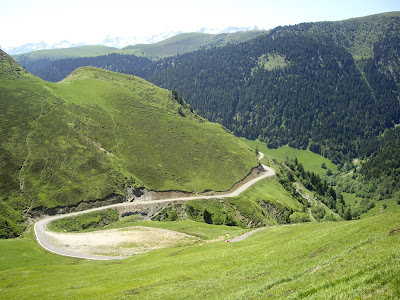 Holding an overnight lead of 31 seconds over Alberto Contador, Schleck’s chain came off while he was launching an attack on the leading bunch of riders, which included the Spaniard. Perhaps uncertain of their opponent’s plight – though Contador was shown glancing back at his adversary as he fumbled with the chain – the other race leaders, Denis Menchov and Sammy Sanchez, continued their battle up the remaining 3 kilometres of the climb. 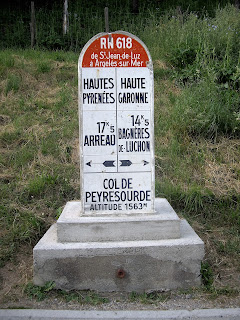 Though generally left to the individual’s own discretion, there is an unwritten code amongst professional cyclists that you don’t attack your rival when he’s crashed or suffered mechanical failure. As it turned out, Schleck finished 39 costly seconds behind his Spanish opponent on the day; mind you, 26 of these were lost on the descent. Now the race leader, by 8 seconds, Contador was heckled and booed by some of the crowd as he stood on the podium to receive the maillot jaune.

Newspapers later reported that the Luxembourg rider seemed infuriated that he was back wearing the white jersey – for the best-placed rider aged 25 or under – instead of the yellow. Schleck’s accusative words, ‘For sure these guys don’t get the fair play prize today’, referring to not only Contador but the other two riders who went with him, seemed a clear indication that this was indeed how he felt.

By the time the Tour reached Paris, Contador was ahead of Schleck, the runner-up, by the same margin, 39 seconds.  Rather ironically, though some would say that karma finds its own way, the Spaniard was stripped of his title 2 years later, for use of a banned substance, Clenbuterol. In May of the same year, Schleck was, fittingly, awarded the yellow jersey in his own country, prior to the Tour de Luxembourg. Stating that it was something of a hollow victory for him, it’s just another solemn reminder of how many titles have been left vacant when supposed cycling heroes have later been proven to be drug cheats...