Cycling Through The French Alps - Briancon to Grenoble 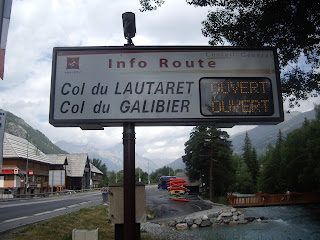 Arriving in Briançon, I was greeted by a busy market day crowd and the heavy traffic accompanying it. It wasn’t easy feeling my way through the throng congregated around the many food and produce stalls, but eventually I found myself heading in the right direction, northwest along the D1091 towards the start of the Coldu Lautaret (2,058 metres).

The Col du Lautaret is not a destination; it’s a long and innocuous climb which carries you somewhere, usually to or from the Col du Galibier or the Alped’Huez. When combined with Galibier, as it was in the 2006 Tour de France, it becomes a completely different prospect. The additional 8 kilometres of near 9% gradient makes it a formidable challenge. Looking up at the long string of young Italian riders above me, I was glad I was not climbing it from Valloire, on the other side. After numerous switchbacks nearing the top of the road pass, it finally levelled off at 2,645metres, not much below Bonette, but this time, thankfully, with not a breath of wind.
Close  to  the  summit  of Galibier  stands  a  statue commemorating  the life of Henri  Desgrange,  the “father” of  the  Tour  de France. A  journalist  for L’Auto  newspaper,  he and fellow sports journalist  Geo Lefèvre  were  given  the responsibility for organising a  cycling event that would more than compete with the renowned  long-distance cycling event, Paris-Brest-Paris,  a  1,200-kilometre cycle race sponsored by a rival publication,  Le Petit Journal. The initial idea for  the structure of the new race—to  hold  it  in  stages—was reportedly Lefèvre’s, but  it was  Desgrange who sought to ensure that it maintained its quickly  won  reputation  as the  most  gruelling  and  unrelenting sporting event on the French calendar. 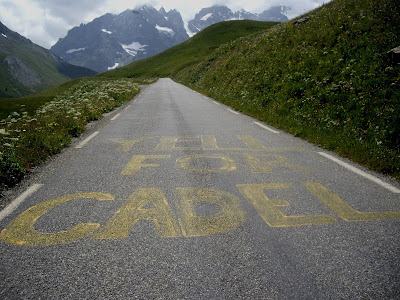 The first stage of the first ever Tour, from Paris to Lyon, began on July 1, 1903. It was another eight years before Frenchman Émile Georget crossed the Col du Galibier for the very first time. Over a century later, the Tour de France is stronger than ever. While it has been plagued by controversy throughout its more than 90-year history, from hostage taking to drug cheating, from its cessation due to war to the untimely demise of some of its competitors, these events have only served to enhance its reputation.
The Tour’s media circus has ensured that cyclists are now lauded like Hollywood film stars. That aside, their miraculous feats of endurance are no acts, despite state-of-the-art technology and the ongoing controversy raised by performance-enhancing drugs. When it boils down to it, the Tour de France is just that, a tour through significant parts of a spectacular and diverse country, acting as its showcase to the rest of the world. Like a soap opera, the actors play their part, gladiators who muster every ounce of physical and mental courage to be first over the line. What a great recipe for prime-time television viewing.

Having done all the hard work for the day, it was basically downhill all the way. But I couldn’t resist a final side trip up Alpe d’Huez before heading to our accommodation at Grenoble. A few hundred metres along the D211, from the tiny town of Bourg d’Osians, it’s a 14.5-kilometre climb with an 8.1% average gradient. And it felt like it too, particularly nearer the bottom where its 21 hairpin bends, named after riders who have won there, wrap themselves around the mountain. 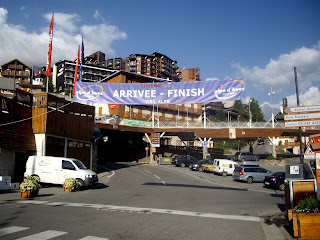 The climb up Alpe d’Huez reminded me a lot of Italy’s Monte Zoncolan. The only difference was the Italian mountain’s steeper gradient and the approach towards the top. I found Zoncolan far more rugged and remote, made so by its tunnels, snow-lined road and barren peak. Alpe d’Huez is more of a tourist spot, with its broad ski-station summit, shops and restaurants. 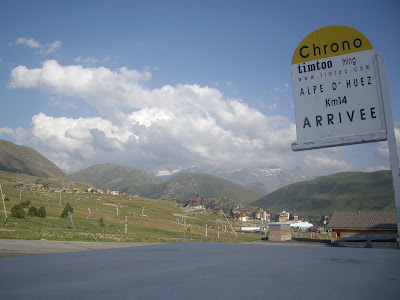 What makes climbing Alpe d’Huez so difficult is not just its length and unrelenting gradient. For Tour riders anyway, it’s more to do with the fact that the summit comes at the very end of a long mountain stage. At the end of my long day, I was happy to have reached the very top in less than 90 minutes, only some 50 minutes slower than Marco Pantani’s 1995 record climb of 37 minutes, 35 seconds. The comparison beggars belief, but as I left the swarm of eateries, hotels and shops behind me, I still felt like a winner... 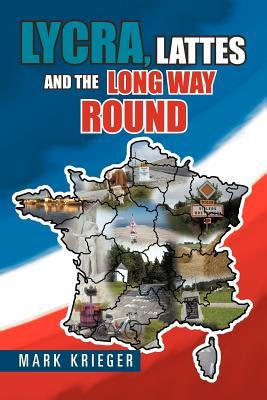 Purchase the book on Amazon


Other books by Mark Krieger: 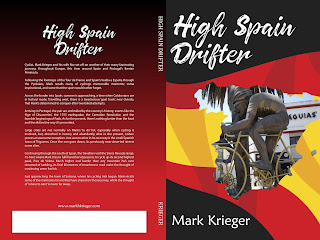 High Spain Drifter, on Amazon
Posted by markkrieger at 02:01