Add another 500-plus kilometers and you get the Above Classification climb, Pico de Veleta, which stands prominently in Spain's Sierra Nevada Range. Way higher than any road mountain used in a grand tour, and with snow permanently fastened to its desolate moonscape summit - even during the height of summer - you could say it is something of a cycling anachronism. 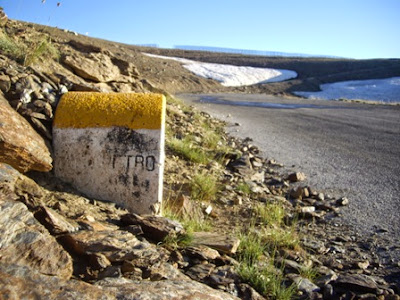 Despite the obsession of all three grand tours to make their mountain climbs as high and as steep as ever before, mainland Europe’s highest paved road climb, Spain’s Pico de Veleta, has been sadly, rather ignored. Covered in snow for most of the year, save for during the height of summer, it’s simply too high to be considered for a major cycling event.

While the Vuelta ventures part of the way up the spine of the Sierra Nevada, the colossal Andalucian range to which it belongs, it has travelled no higher than 2,550 metres. More than 800 vertical metres and 10 kilometres of seldom-used road silently awaits those willing to venture as far as the road will take them, just 11 metres beneath the Veleta’s peak. 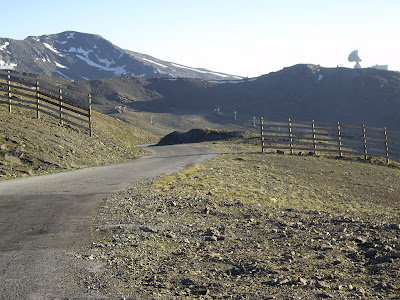 Suffice to say, reaching the summit of the Pico de Veleta involves two climbs in one. There's the long predictable ascent, usually from Granada or better still, Monachil – should steep, sweeping and lonely roads be your bent – towards the Sol y Nieve ski resort or even higher, the military refuge, which stands at 2,550 meters above sea level. But once the tarmac runs its course, you’re left with little more than a narrow, potholed road. Virtually all semblance of vegetation is gone, replaced by a bleak and barren moonscape. From here, there’s little to inspire the beleaguered cyclist save just reaching the top. 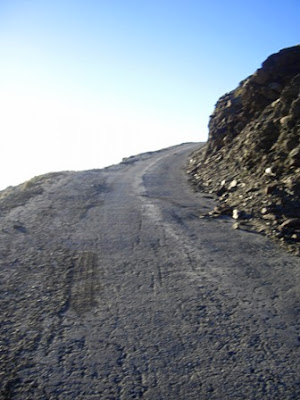 For me, while the first three quarters of the climb is little more than a vague memory, the last 10, by comparison, have left a more lasting impression. Riding through what otherwise may have been an abandoned quarry, the narrow road winds relentlessly at a gradient of more than 7%.

But it’s not just the gradient and the state of the road that make the final stretch up the Veleta so gruelling. It’s the lack of oxygen, which steadily diminishes the higher you travel. Suffice to say, trying to reach the top of the climb’s 3,384 metre peak, still a long, long way above, was for me, venturing into the unknown. 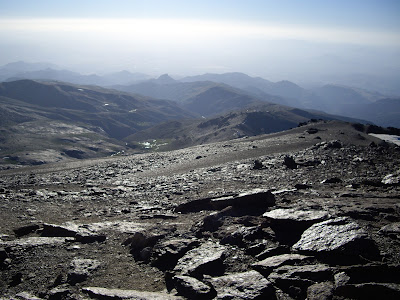 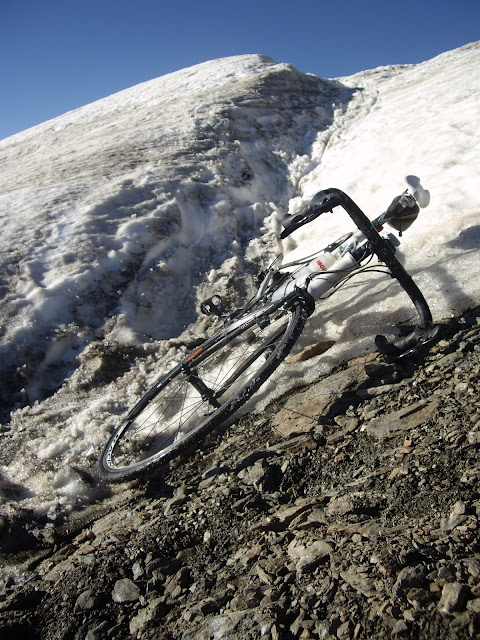 As I crept closer to the top, thick patches of winter snow had all but covered the road ahead. Impossible to proceed without ploughing through on foot it seemed folly to continue. After all, it was no longer a place for a road bike, rather the kind of terrain you’d find a Himalayan Sherpa wearing snowshoes and an oxygen mask. 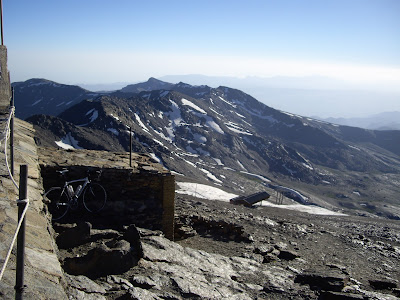 Buoyed by the fact that I most likely would have ridden 44 of the roads’ 46 kilometres by the time I reached the summit, I frustratingly pressed on in the dying afternoon. Eventually, the narrow road, made of nothing more than black earth and gravel, switched back in the opposite direction in the final stretch to the top.

Taking in sweeping views from all directions, it seemed a shame that the Pico de Veleta’s summit, the second highest along the Sierra Nevada range, was deserving of such a disappointing end. On reflection, perhaps a mountain so unimaginable to climb deserves better than the circus that accompanies an event like the Vuelta a España.  Too high and remote in any case for the professionals, it’s better left to the weekend warriors who have no better reason to head on up than because it’s there.