Once Upon A Time In Murcia - High Spain Drifter 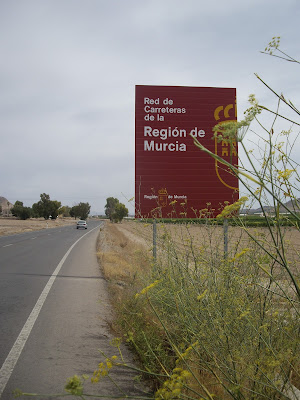 Home to fortune hunters, when silver was first discovered in the Sierra Almagrera Mountains during the early 19th century, Cuevas del Almanzora is one of the oldest towns in the province of Almería. Just a short distance to the east is a collection of mines dating back to prehistoric times. Tin, sulphur, lead and iron ore have all been mined here, and the area is strewn with artificial caves once inhabited by the miners.


‘Flowing’ through the town is the Rio Almanzora, which travels 90 kilometres due east from the northern slopes of the Sierra de los Filabres to the Mediterranean coast. Yet, as I cycled over the main bridge along the A-332 early next morning, the only thing that seemed to be moving was me. There was not the slightest trickle of water in sight, just – of all things! – a football pitch. It was hardly the well-manicured bed of grass you might otherwise imagine; it was more a combination of weeds and buckled cement. Perhaps it was someone’s attempt to utilise what had become a perennial waste of space during the town’s hotter months. Nevertheless, it was difficult to imagine any form of life flourishing in such a dreary depression. 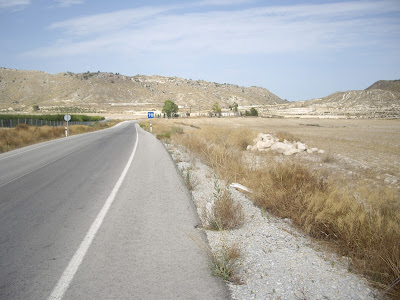 An hour’s ride from Cuevas del Almanzora was Murcia’s CostaCálida (Warm Coast), a 250-kilometre stretch of coastline between the border with Almería province and the northern fishing village of El Mojón. Though well known for its beach resorts, particularly in the seaside towns of Águilas and Mazarrón, the area is relatively unspoiled compared with other more congested locations along the Mediterranean coast. 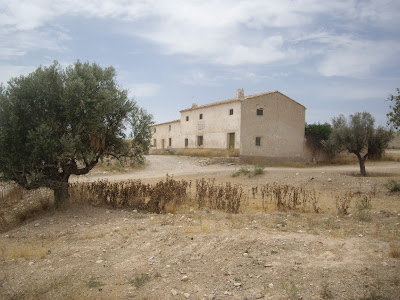 The region of Murcia also lays claim to having the largest saltwater lake, Mar Menor (Small Sea) in Europe. Semicircular in shape and no deeper than 7 metres, the lagoon is separated from the Mediterranean Sea by a 22-kilometre sandstrip ranging in width from 100 to 1200 metres. Inhabited during prehistoric times and later by the Phoenicians and the Moors, the area, which is relatively high in salinity, was used by the Romans – an enterprising lot, they always found a use for something – to develop a valuable salt industry. Today, Mar Menor is more a haven for tourists, who flock to the cluster of hotels, restaurants and resorts scattered along its spit. 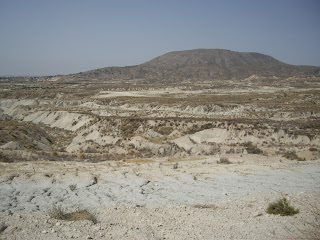 In contrast to the magnificent coastal views around almost every bend in the road were the long stark stretches of tarmac further inland. In the midst of a bleak and desolate landscape, they felt as uninviting as just about anything I could recall. The air was filled with brown dust; dust caked on my wheel rims and there was dust on the bonnets of the occasional car that passed by.

Despite the mounting heat, there were other cyclists out on the road, most heading in the opposite direction towards Cuevas del Almanzora. Some had fishnets covering their faces to keep out the dust and wind. For the moment, it made me appreciate Arthurs Seat back home, where you can at least breathe clean air and you are usually well protected from the wind, no matter which direction it might be blowing from. 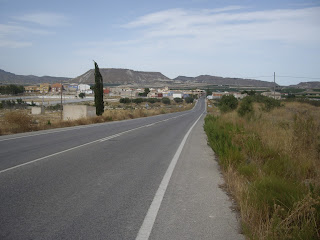 Nevertheless, Arthurs Seat does have the occasional magpie that feels the urge to swoop on unsuspecting cyclists during early spring. That’s when you’re most likely to encounter other cyclists with cable ties attached to their helmets for protection. I reckon it’s a more comfortable solution to a potential problem than is riding with a fishnet covering your face to keep out dust and flies. Suffice it to say that despite all the technology used today to help the pros ride faster and with more ease, I’ve never seen either contrivance on the face or head of a cyclist in the Vuelta a España – nor, for that matter, in any other road race. 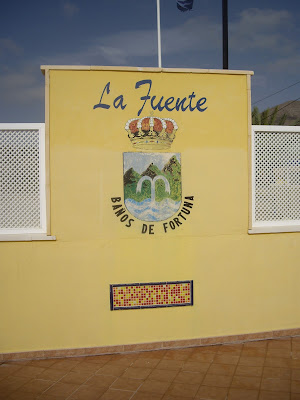 Like Almería, Murcia experiences hot summers, with daytime temperatures regularly exceeding 40 degrees. Today was one of those days – this is the type of weather that comes with a deadly fire season back home in Australia. But this part of Spain, predominantly a lunar landscape of rills and gullies, has little material that would burn.

Past being tired, and desperate for a drink, I took a short detour downhill towards a small village. A blink-and-you-miss-it sort of place, I still can’t recall passing a road sign with its name on it. But the one thing it did have was a small bar-restaurant that sold cold beer. Sem (zero alcohol) beer provided the perfect tonic for me throughout southern Portugal, and in Spain. Full of vitamins and without any alcohol to further desiccate my already dehydrated body, it was the dangling carrot at the end of each stage of a long day’s riding. 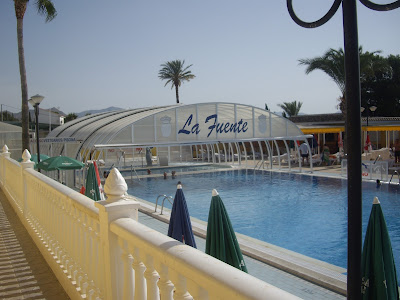 Our accommodation that evening was in the small Murcian town of Fortuna. An oasis in a desert landscape, it’s supposedly renowned for its thermal baths, which date back to Roman and Moorish times. The bubbling waters of one of its spas, La Fuente, just 3 kilometres down the road, was where I found Roz – and, it seemed, just about everyone else within driving distance – later that afternoon. 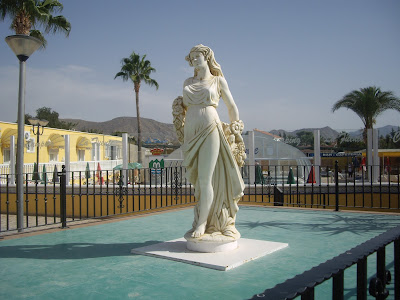 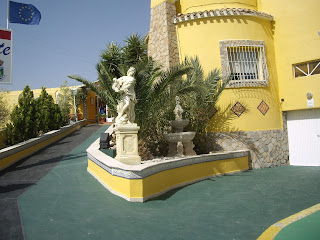 With the coast some 45 kilometres away to the east, what are you likely to do on an above-40 degree Spanish evening? Other than devouring an enormous and tasty ensalada mixta over dinner, we spent most of our stay testing out the water’s supposed healing qualities. No longer weary or suffering from aching muscles, it was a revitalising hiatus between the gruelling roads behind me and the testing ones that still lay ahead. 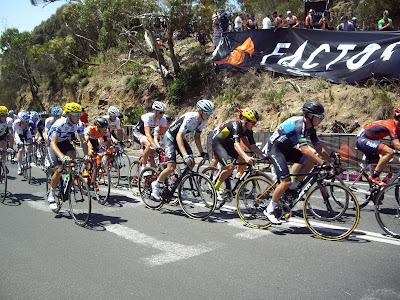 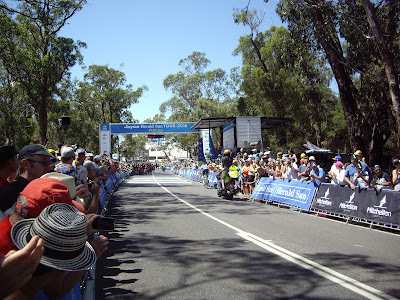