Somewhere between Lancaster and Kendal is the half-way point of the Lands End to John O’Groats ride. But not only is half the journey behind you, so are most of the busy roads that, at least temporarily, can squeeze the pleasure out of riding.
The A591 from Windermere to Ambleside takes you to the most difficult climbs in the Lakes District. Wrynose Pass soars 278 metres in less than 3 kilometres, while Hardknott Pass, just a few kilometres up the road, climbs 298 metres in just 2.25 kilometres. Should you be an avid cyclist, you don’t need to be a mathematician to realise that these passes are far tougher than their short-climb counterparts in Belgium. 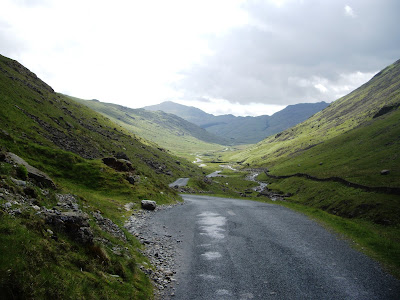 The harder of the two, Hardknott Pass, which averages above 13%, begins at the warning sign at Jubilee Bridge. One thing to be sure, not 500 metres into the climb, you’re gears will already be as low as they can go. You’re now riding up a 25% gradient. Yes, it eases off, but no sooner than the time it takes to get your breath and composure back, you’re trying to clamber up a second set of switchbacks which reach 30%.

Zigzagging across the narrow slopes were the only means of remaining upright on my bike, until the gradient finally eased and the summit revealed the frightening downhill ahead. Not a descent to enjoy, it took a great deal of heavy braking before the valley finally levelled itself out. They’d be more hills to come, but nothing quite as daunting as Hardknott Pass. 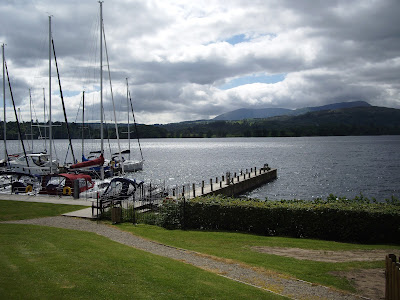 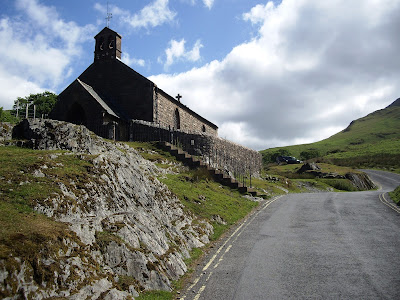 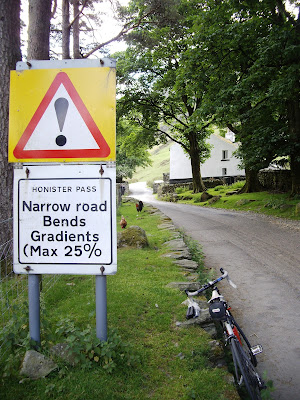 Day 7: Buttermere to Dumfries.  Following a rest day in Buttermere, I’d soon be heading off on the B5289 towards Keswick, and further north to our accommodation in Dumfries. Having heard of probably the most well-known cycling event in the Lakes District, the Fred Whitton Challenge, I was keen to travel over as many of its climbs as I could squeeze in.

Another of these was Honister Pass, which links Gatesgarth at the southern end of Buttermere, with Seatoller, in the valley of Borrowdale. Regarded as the most beautiful pass in the region, it’s also renowned for its incredibly steep gradients. 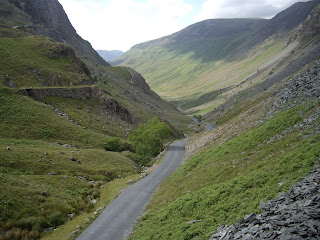 Something of an imposter over the first kilometre, it’s not until your reach a small stone bridge near half-way to the top that the gradient begins to soar. Here, with more than 2 kilometres still to climb, the steep lacets up ahead reveal themselves for the first time. Soon you’re climbing up a 20% gradient towards a mini plateau over the last of 3 bridges. From here to the summit, the road is at its steepest, 25%, as it remains until the dark gates of the Honister Slate Mine (the last working slate mine in England) finally tell you that you are there. 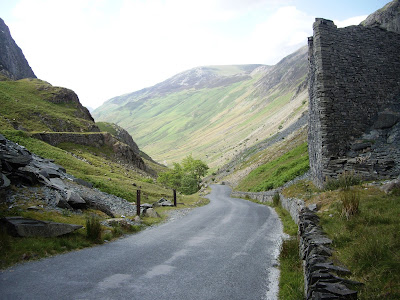 Despite the climb and the breathtaking descent towards Borrowdale, I felt disappointed to be leaving the Lakes District. It was our third visit to Cumbria and on each occasion we left feeling we could have stayed so much longer should we have had the time. Just the same, there was plenty to look forward to along the open roads up ahead.

The short ride through Borrowdale valley led me past Derwent Water, one of the largest lakes in the Lakes District. Up ahead was Keswick, an enchanting market-town surrounded by rolling green hills (or ‘fells’ as they’re known in the United Kingdom). 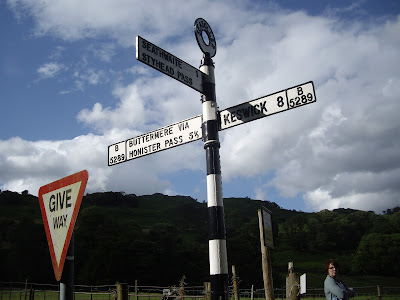 Less than 60 kilometres further north was the city of Carlisle, the largest settlement in Cumbria. Originally a Roman settlement, established to serve the forts of Hadrian’s Wall, its closeness to the Scottish border-just 16 kilometres-made it the centre of many brutal conflicts over the centuries to come.


The final 50 kilometres towards Dumfries, via Gretna-known throughout the British Isles as the destination (until 1940) where couples could run away to get married-was a far cry from Warrington and the north-west’s urban landscape. Following the coastline for most of the way, I only had to glance over my left shoulder for the most beautiful view-of the Cumbrian Mountains, to the south-that I'd just about had so far.