The last time I cycled through the Otway Ranges was in 1984. That year I was heading along Lavers Hill Road, the C155, towards Port Campbell and ultimately to Adelaide. It was the first day of riding, having left around six in the morning from my then-home, Murrumbeena, approximately 12 kilometres south of Melbourne.

I remember taking most of the morning to wend my way through busy suburbs, as far as Werribee, and beyond it, Geelong, but as soon as I turned off the A1 (the Princess Highway), and headed for Deans Marsh, I knew I was on the type of road – remote and tranquil – I wanted to be on for the remainder of the journey. And for most of the way, just about all the way to Adelaide, it felt like I was. 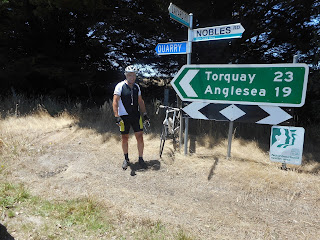 So here I am, more than 30 years later, riding along some of the most scenic roads in Victoria, including of course, the Great Ocean Road. Stretching 243 kilometres between Torquay and Allansford, it’s one of the most popular scenic coastal journeys in the world. And it’s easy to tell why. You only have to pass – or if cycling, be passed – by the number of buses carrying tourists to places like Lorne and Apollo Bay.


Two of the most popular long rides in the Otway Ranges are the ‘Great Ocean and Otway Classic’, which can be as many as 204 kilometres long, and the Amy Gillette ‘Gran Fondo’, with its tough 121 kilometres. Having the luxury of a few days to spare – in Aireys Inlet and later, Apollo Bay, I was keen to get a taste of what these yearly-held rides are like. I imagined that in all likelihood, its roads would be typically scenic, often remote, and undoubtedly challenging when it came time to climb through its hills. It was exactly that. 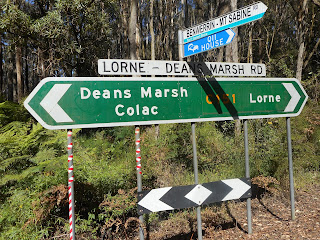 Aireys Inlet was a great place to stay, even more peaceful and serene than its distant neighbours, Apollo Bay, Lorne and Anglesea. With its mildly undulating road and wide verge, it was also a good place to leave from en-route towards Torquay, Modewarre and eventually Deans Marsh, before beginning the near-11 kilometre climb up to the highest point of the Deans Marsh-Lorne Road, 427 metres at Benwerren.


Also the longest climb along the route, its occasional steep downhills, belied its 4% average gradient. But once over the summit, the road briskly headed straight for Lorne just 10 kilometres away. My only concern was the combination of narrow twisting road and the occasional driver sweating on me from behind. 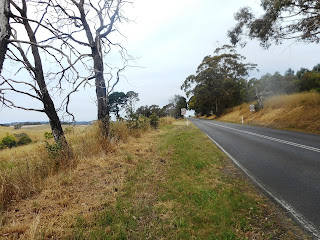 Arriving on the outskirts of Lorne, all that remained was a careful left-hand-turn onto the Great Ocean Road and a scenic 17 kilometre ride back to Aireys Inlet. In what was a wonderful finish to a memorable ride, I was accompanied by stunning ocean views, virtually all the way back to where I started; not much more than four hours and 115 kilometres earlier. 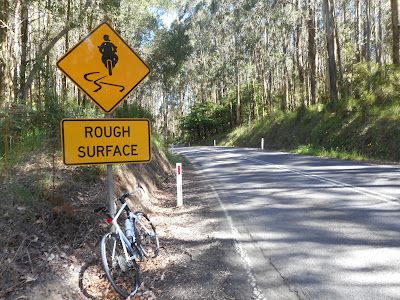 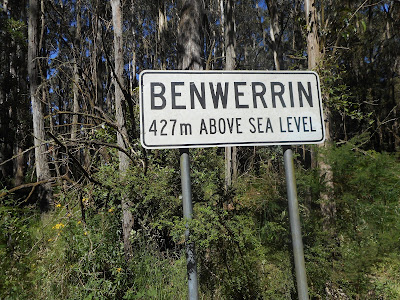