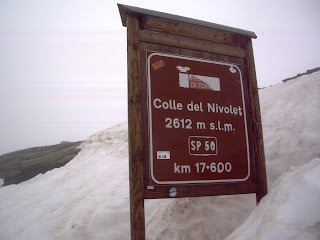 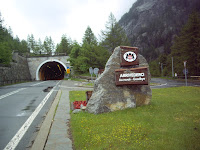 Despite many cycling holidays in Italy, I’d never  heard of the Colle del Nivolet until it was recommended to me by a good cycling friend, 70-plus year-old Eric. Known for its beauty, the 2,612 metre summit is located at the top of the Orca Valley on the road from Turin to Ceresole Reale, in the heart of the Gran Paradiso National Park. The colle forms part of the boundary between the Aosta Valley and the Piedmont region in northern Italy.

Purportedly the 11th-highest paved road in Europe, the route was built between 1953 and 1963 to service two hydroelectric dams – both passed on the higher stretches of the climb. 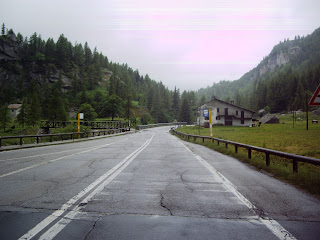 Due to a tight schedule, which involved leaving for Modane (France) the next day, I had little option but to climb the Nivolet the next morning before I left. While I'd previously arrived in Locana late in the afternoon in sunny weather, the morning was filled with dark-grey skies and the threat of rain.

The 40 kilometre ride to the summit started out easy enough; it hovered between 3% and 4% (on the SP40) for the first 12 kilometres. But like the beginning of France’s Col de Vars (from Jausiers) and the Col de la Croix de Fer (along the D526 from Le Bourg-d’Oisans), I soon realised that it plays the imposter, giving the rider little idea of the steep gradients above. 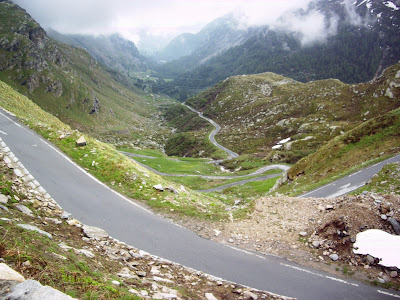 The first obstacle, 15 kilometres into the climb was a 3.5 kilometre long tunnel. Never a favourite of mine, long tunnels, particularly those that are narrow and without lights, make me feel uneasy; even the short ones. The tunnel towards CeresoleReale and its artificial lake disguised as a dam – the Lago di Ceresole – is the longest and steepest tunnel I’ve heard of in relation to cycling; it has an approximately 8% average gradient that rises as high as 14% on occasions. 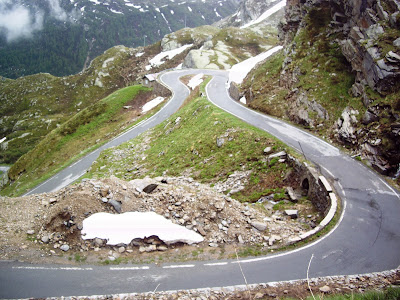 Fortunately, there was an alternative route, one I was happy to try perchance. It included hairpin bends, though not as many as I imagined, along the remains of secondary roads that meandered steadily upwards adjacent to the tunnel. 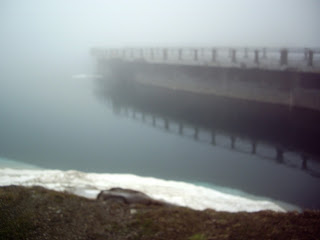 After three kilometres of easy cycling and with little more than 15 kilometres left to travel, the SP50 road from Ceresole Reale soon left the Orca River Valley behind.  From now on I'd be travelling along the steepest part of the climb, which contained more than 30 hairpin bends and lengthy gradients of 9% and 10%. 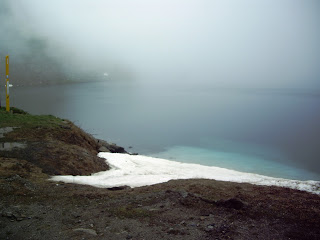 Nivolet is a gruelling climb, but I dare say much harder and dangerous in bleak conditions. The closer I drew towards the summit the colder it became and the more difficult it was to see. Known for its extreme and unpredictable weather conditions; blizzards, snowstorms and even landslides, it was an unnerving, solo journey towards the top. As for the artificial lakes, Lago Serrù and the smaller Lago Agnel, located directly below the pass, it was almost impossible to see them through the mist. 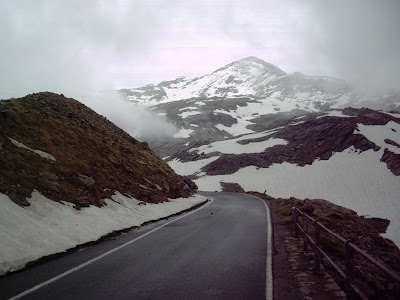 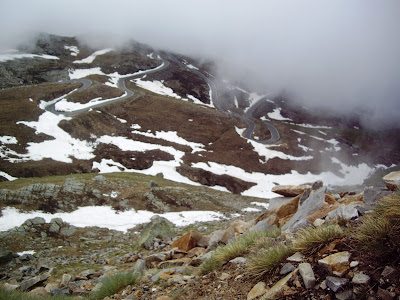 Once at the summit, I spent little time taking in the views. Unlike most road mountain crests there was none to be had; just icy snow and a view of little more than 30 metres. I'd read that the paved road descends for another two kilometres, towards the Piedmonte-Aosta border. I was curious but with my hands numb and shivering with the cold it wasn’t worth the risk. I learned why the pass is closed between mid-October and the middle of May each year; and I was cycling in early June. 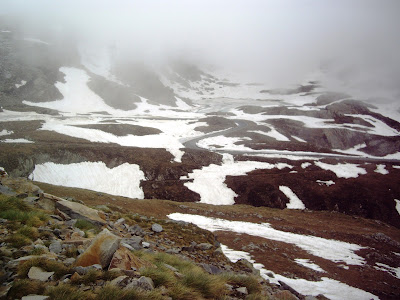 Glad to have made the climb, I was nevertheless wary of the descent down the slippery, lonely road. There was not one cyclist or motorcar to be seen, not even one below the snowline. Would I make the climb again? You bet I would, but I’d be more careful about the day I'd choose to do it. I've experienced steeper but given the weather, it was probably the most dangerous climb I've even done. 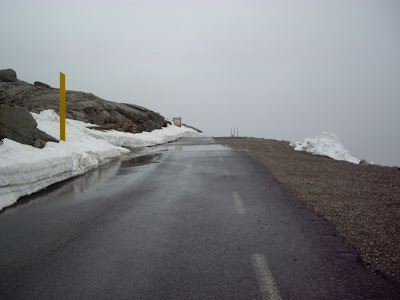